Gaia gifts most detailed-ever look at our Milky Way 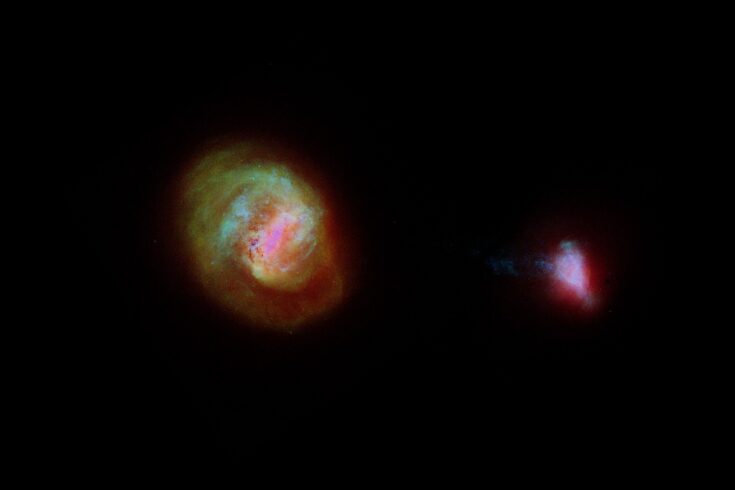 The third data release from the Gaia space observatory has revealed new details on nearly two billion stars in our galaxy.

Gaia is an international mission led by the European Space Agency (ESA) to create a 3D map of the Milky Way. Its new findings offer the largest-ever catalogue of data for objects in and beyond our galaxy.

The data provides a multidimensional map of stars, moons, asteroids, quasars and galaxies, and UK-built technologies such components of its 1-billion-pixel camera are crucial to Gaia instruments.

This breakthrough by the Gaia observatory in our understanding of the galaxy we live in, the evolution of stars, asteroids and rarely seen starquakes is a major milestone for the space and astronomy community worldwide.

The central role of UK astronomers, instrument engineers and data scientists is a sign of our global leadership in space science and technology, at the heart of our commercial £16.5 billion space tech sector.

The Gaia observatory has revealed new data from its mission in space, including:

Gaia was developed by a consortium of 20 countries, including the UK through the ESA, and launched in 2013.

Its mission is to piece together the largest and most accurate multidimensional map of our home galaxy, the Milky Way.

This will allow astronomers to reconstruct the Milky Way’s structure and evolution over billions of years to better understand the lifecycle of stars and our place in the Universe.

Gaia in the UK

Crucial to Gaia’s success are its scientific instruments developed by experts across the UK, supported by investment from the Science and Technology Facilities Council (STFC) and UK Space Agency.

The team of scientists and engineers working on Gaia from the UK is led by University of Cambridge and includes:

The UK Space Agency and STFC have jointly supported data centres in the UK, that are essential to the exciting science from this unique mission.

By developing and applying advanced data extraction and processing techniques, our UK experts are able to turn raw data into science to make new discoveries.

As part of a strong international collaboration, the UK continues play a key part of this scientific endeavour to better understand our galaxy.

It has recorded details including:

Building a comprehensive picture of the Milky Way

Dr Nicholas Walton, Institute of Astronomy at University of Cambridge and member of the ESA Gaia Science Team, said:

This major data release from Gaia allows astronomers to map the distances and motions of some two billion stars in our galaxy.

It also gives detailed measures of the physical and chemical makeup of a large number of those objects for the first time.

With this incredible database we can build a comprehensive picture of the Milky Way and delve into its incredible history of formation.

We can also see direct evidence of both violent past interactions with other galaxies, and internal bouts of intense star formation along its spiral arms.

This new data release creates a detailed bank of information, essentially working as a DNA map that allows us to understand the stellar population of our Galaxy, and track its past, present and future.

See more of the latest images, footage and data from the data release on the ESA web page.