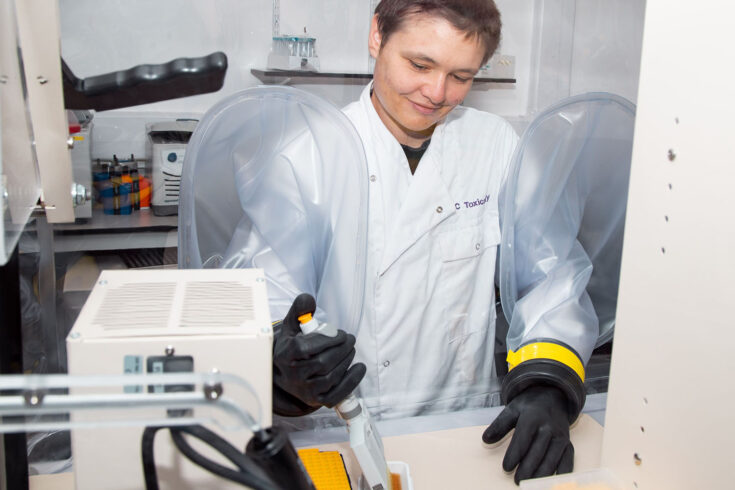 Common medications can accumulate in gut bacteria, a new study has found, altering bacterial function and potentially reducing the effectiveness of the drug.

These interactions, seen for a variety of medications, such as depression, diabetes, and asthma drugs, could help researchers to better understand individual differences in drug effectiveness and side-effects. Found in the study published in Nature: Bioaccumulation of therapeutic drugs by human gut bacteria.

It is known that bacteria can chemically modify some drugs, a process known as biotransformation.

This study is the first to show that certain species of gut bacteria accumulate human drugs, altering the types of bacteria and their activity. Led by researchers from the Medical Research Council (MRC) Toxicology Unit at the University of Cambridge and the European Molecular Biology Laboratory (EMBL) in Germany.

This could change the effectiveness of the drug both:

The human gut naturally contains communities of hundreds of different species of bacteria, which are important in health and disease, called the gut microbiome. The composition of bacterial species varies significantly between people and has previously been shown to be associated with a wide range of conditions including obesity, immune response, and mental health.

In this study, the researchers grew 25 common gut bacteria and studied how they interacted with 15 drugs that are taken orally. The drugs were chosen to represent a range of different types of common drugs, including antidepressant medications. These are known to affect individuals dissimilarly and cause side effects such as gut problems and weight gain.

The researchers tested how each of the 15 drugs interacted with the selected bacterial strains, a total of 375 bacteria-drug tests.

They found 70 interactions between the bacteria and the drugs studied, of which 29 had not been previously reported.

Earlier research has shown bacteria can chemically modify drugs. When the scientists studied these interactions further, they found that for 17 of the 29 new interactions, the drug accumulated within the bacteria without being modified.

Dr Kiran Patil, from the MRC Toxicology Unit at the University of Cambridge, who co-led the study, said:

It was surprising that the majority of the new interactions we saw between bacteria and drugs were the drugs accumulating in the bacteria, because up until now biotransformation was thought to be the main way that bacteria affect the availability of drugs.

These will likely be very personal differences between individuals, depending on the composition of their gut microbiota. We saw differences even between different strains of the same species of bacteria.

Drugs that accumulated in bacteria

Examples of drugs that accumulated in bacteria include antidepressant duloxetine and anti-diabetic rosiglitazone. For some drugs, such as montelukast (an asthma drug) and roflumilast (for chronic obstructive pulmonary disease), both changes happened in different bacteria. They were accumulated by some species of bacteria and modified by others.

They also found the bioaccumulation of drugs alters the metabolism of the accumulating bacteria. For example, the antidepressant drug duloxetine bound to several metabolic enzymes within the bacteria and altered their secreted metabolites.

The researchers tested the effects further using C. elegans, a nematode worm commonly used to study gut bacteria. They studied duloxetine, which had been shown to accumulate in certain bacteria but not others.

Dr Athanasios Typas, from EMBL, who co-led the study, said:

Only now people are recognising that drugs and our microbiome impact each other with a critical consequence to our health.

Dr Peer Bork, from EMBL and a co-lead of the study, said:

This calls for us to start treating the microbiome as one of our organs.

Next steps for us will be to take forward this basic molecular research and investigate how an individual’s gut bacteria tie with the differing individual responses to drugs such as antidepressants, differences in whether you respond, the drug dose needed, and side effects like weight gain.

If we can characterise how people respond depending on the composition of their microbiome, then drug treatments could be individualised.

The researchers caution that the study findings are only on bacteria grown in the lab. More research is needed to understand how bioaccumulation of medications by gut bacteria manifests inside the human body.

The study started as a collaborative project at EMBL Heidelberg and was concluded in the group of Kiran Patil after his move to Cambridge. It involved researchers from:

This study was funded by the European Commission Horizon 2020, MRC and EMBL.

Importance of the microbiome

Dr Megan Dowie, Head of Molecular and Cellular Medicine at the MRC, said:

This study highlights the importance of the microbiome in drug delivery, effectiveness and safety.

There’s still a great deal that is not well understood about the microbiome and it’s clear that further work needs to be done to understand the important molecular aspects involved here, which could lead to a positive impact on an individual’s response to a range of commonly used drugs.