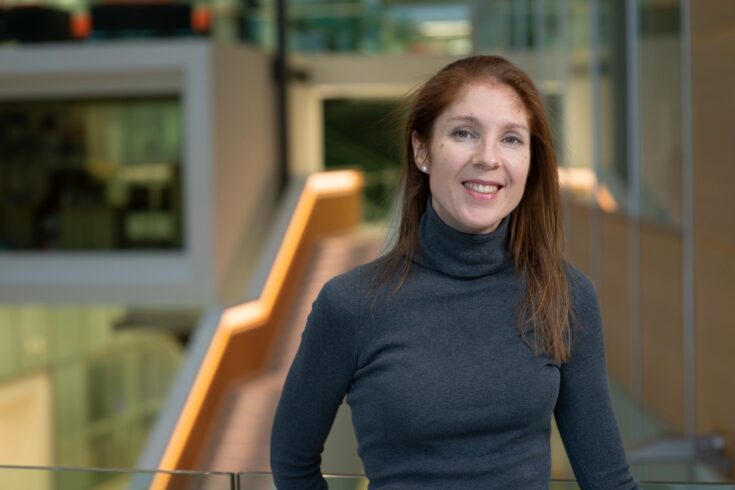 New research has shown that normal human brain temperature varies much more than we thought, and this could be a sign of healthy brain function.

In healthy men and women, where oral temperature is typically less than 37°C, average brain temperature is 38.5°C, with deeper brain regions often exceeding 40°C, particularly in women during the daytime.

Until now, however, MRS had not been used to explore how brain temperature varies throughout the day, or to consider how an individual’s ‘body clock’ influences this.

The new study, led by researchers at the MRC Laboratory for Molecular Biology,  has produced the first 4D map of healthy human brain temperature.

This map overturns several previous assumptions and shows the remarkable extent to which brain temperature varies by:

Importantly, these findings also challenge a widely held belief that human brain and body temperature are the same.

The research, published in Brain, also included analysis of data from patients with traumatic brain injury, showing that the presence of daily brain temperature cycles strongly correlates with survival.

These findings could be used to improve understanding, prognosis, and treatment of brain injury.

To study the healthy brain, the researchers recruited 40 volunteers, aged 20 to 40 years.

The volunteers were scanned in the morning, afternoon and late evening over one day, at the Edinburgh Imaging Facility, Royal Infirmary of Edinburgh.

Crucially, they also gave the participants a wrist-worn activity monitor, allowing genetic and lifestyle differences in the timing of each person’s body clock, or circadian rhythm, to be taken into account.

Knowing the biological time-of-day that each brain temperature measurement was taken at allowed differences between each volunteer’s body clock to be factored into the analysis. This was important for both ‘night owls’ and ‘morning larks’.

In healthy participants, the average brain temperature was 38.5°C, more than two degrees warmer than that measured under the tongue.

The study also found that brain temperature varied depending on:

While the brain surface was generally cooler, deeper brain structures were frequently warmer than 40°C; with the highest observed brain temperature being 40.9°C. 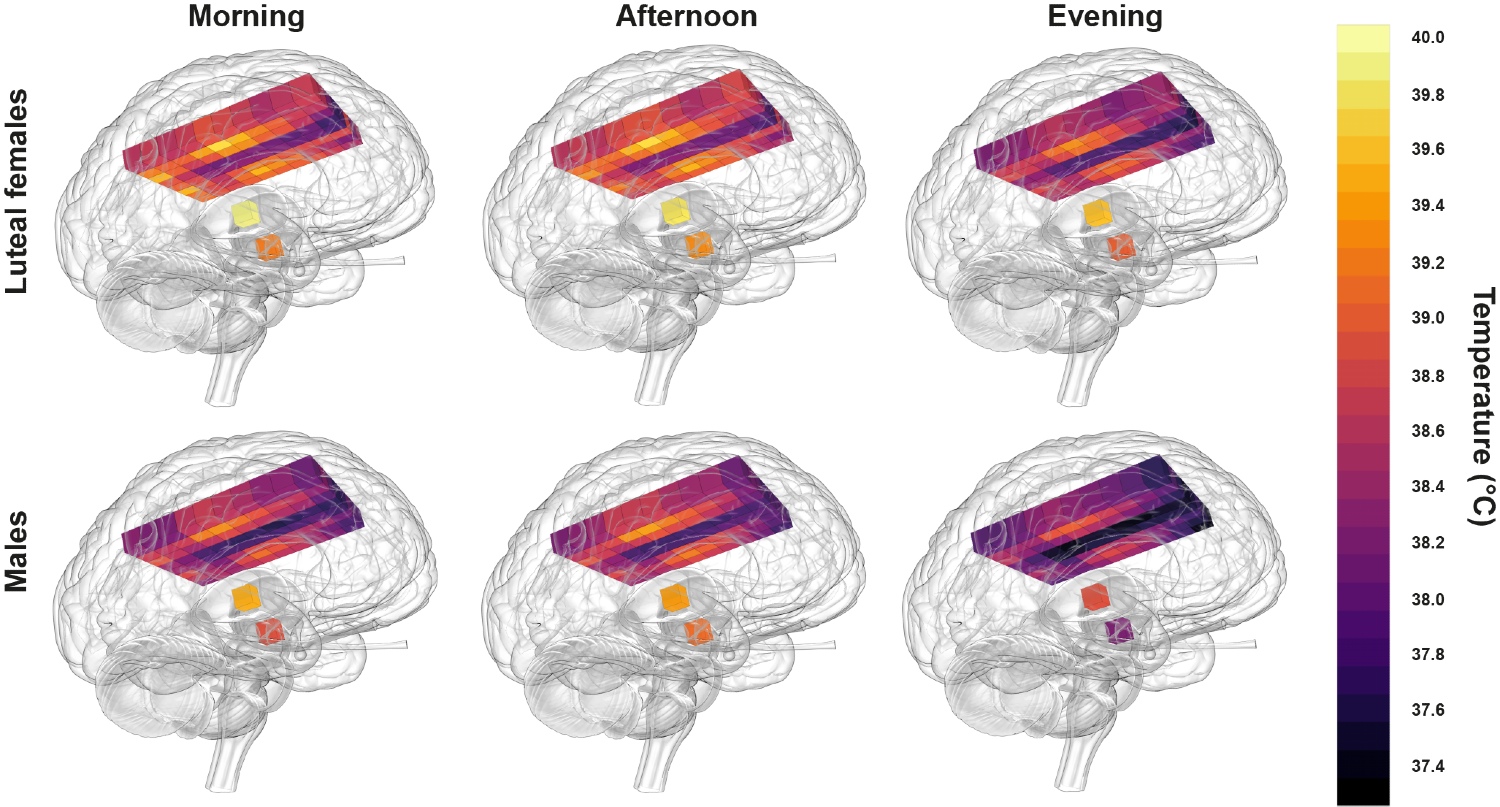 Brain temperature in the morning versus the evening in post-ovulation (luteal) females and males (credit: N Rzechorzek, MRC Laboratory for Molecular Biology, Brain)

On average, female brains were around 0.4°C warmer than male brains.

The results also showed that brain temperature increased with age over the 20-year range of the participants, most notably in deep brain regions, where the average increase was 0.6°C.

The researchers propose that the brain’s capacity to cool down may deteriorate with age. Further work is needed to investigate whether there is linked with the development of age-related brain disorders.

To me, the most surprising finding from our study is that the healthy human brain can reach temperatures that would be diagnosed as fever anywhere else in the body.

Such high temperatures have been measured in people with brain injuries in the past, but had been assumed to result from the injury.

We found that brain temperature drops at night before you go to sleep and rises during the day.

There is good reason to believe this daily variation is associated with long-term brain health, something we hope to investigate next.

The researchers analysed temperature data collected continuously from the brain in 114 patients who had suffered from moderate to severe traumatic brain injury (TBI). This was to explore the clinical implications of data obtained from healthy volunteers.

Of 100 patients for whom there was enough data to test for daily rhythms, only a quarter had a daily rhythm in brain temperature.

Focusing on predictors of survival in intensive care, the researchers found that absolute brain temperature measurements were of limited use, but daily brain temperature variation was strongly linked with survival.

Of TBI patients with a daily brain temperature rhythm, only 4% died in intensive care, versus 27% who had no such rhythm.

The researchers caution that larger studies are needed to validate this association, and that the link between brain temperature and survival is correlative only.

However, the observed link means that monitoring daily brain temperature cycles in TBI patients might be a promising tool to predict survival and would benefit from further research.

Together with the data from healthy people, the findings of this work raise important questions about the use of interventions to modify or control patient temperature in the clinic.

Using the most comprehensive exploration to date of normal human brain temperature, we’ve established ‘HEATWAVE’, a 4D temperature map of the brain.

This map provides an urgently-needed reference resource against which patient data can be compared, and could transform our understanding of how the brain works.

Our work also opens a door for future research into whether disruption of daily brain temperature rhythms can be used as an early biomarker for several chronic brain disorders, including dementia.