Journey of exploration at the Research in Film Awards 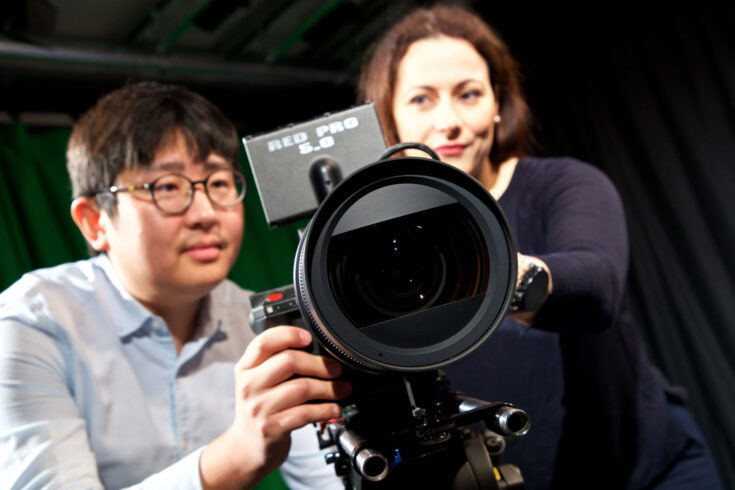 Five short films tackling issues from the climate crisis to the representation of autism have been announced as the winners of the 2021 Research in Film Awards.

The Arts and Humanities Research Council (AHRC) has announced the winners of the 2021 AHRC Research in Film Awards (RIFA).

This year’s winning films include:

The films recognised at the Research in Film Awards are unique in that they draw directly from active research, much of which has never been communicated to the general public.

RIFA offers researchers a unique opportunity to share their work in artistic ways that shed new light on their findings.

The 2021 RIFA winning films address a range of pressing, contemporary issues that demand our urgent attention.

The 2021 RIFA Best Research Film of the Year, ‘The Art of Peace Medellín’ by Birte Vogel provides new insights. For example into how marginalised youth in the city of Medellín, Colombia, have responded to ongoing conflict.

In the year of the COP26 Climate Conference, the ‘Newland: New Vision for a Wilder Future’ film has won the Best Climate Emergency Film of the Year. This is a film which investigates the relationship between farming and the environment.

Each RIFA category is judged by a prestigious panel of fifteen academics, film industry experts and sector leaders carefully chosen for their unique expertise.

This year’s ceremony was hosted virtually on the AHRC YouTube channel.

It was hosted by broadcaster Dr Janina Ramirez and the presenting panel included:

Shortlisted films from the Best Climate Emergency Film of the Year category, from 2020 and 2021, will be part of a new AHRC 2022 Public Engagement Festival.

This will run across the UK in the spring of next year.

For research to inspire people to make meaningful changes to their lives, it must be communicated in a way that resonates on an emotional level.

One of the things we learned at COP26 was that data and policy can only achieve so much and that storytelling is essential to engage people with vital issues such as climate change.

The filmmakers recognised at RIFA 2021 are doing exactly this and ensuring that important research has real impact.

Best doctoral or early career film of the year

This film was created as part of a practice-based PhD and the Wellcome Trust-funded ‘Autism through Cinema’ project. Widdowson’s research is an investigation into the ethical issues associated with the representation of autism in animated documentaries.

Best research film of the year

The Art Of Peace Medellin on YouTube submitted by Birte Vogel (University of Manchester).

This film shows how marginalised youth in the city of Medellin, Colombia, have responded to ongoing conflict through arts to create alternatives to violence.

Newland: New Vision for a Wilder Future on YouTube submitted by Suzie Cross (University of Leeds).

The agricultural community is moving towards less intensive methods of farming and adopting more sustainable practices.

‘Newland: New Vision for a Wilder Future’ addresses these themes, weaving them together through interviews with farmers Andrew and Ted Hughes and offering a hawk’s eye view of the landscape.

This film was made as part of the AHRC-funded project, ‘Landlines: Tipping Points’, led by Professor Graham Huggan and Dr Pippa Marland at the University of Leeds.

Best animated film of the year

This film charts 400 years of British emigration and was made for The Migration Museum.

The Wound is Where the Light Enters on Vimeo submitted by Dheeraj Akolkar (Birmingham University).

This film is inspired by a docu-dance performance titled ‘Otino Onywalo Ilum’ created by fifteen children born of war rapes in Northern Uganda and directed by Darrel Toulon.

This project drew on the research at University of Birmingham which explored the life courses of children born of war rape.