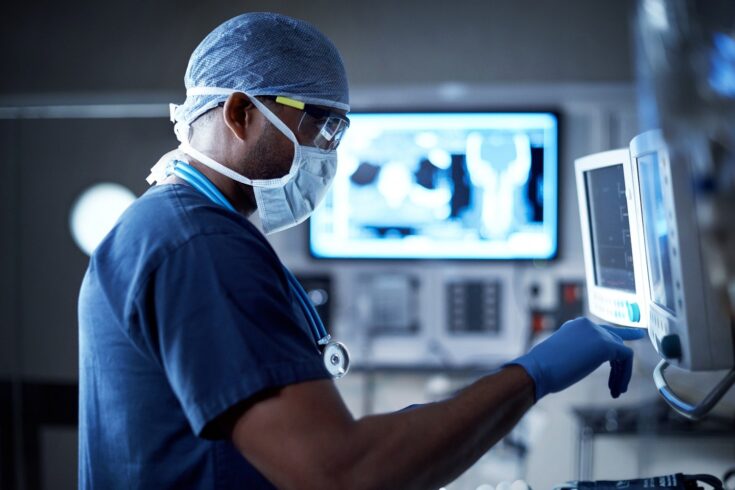 Low-cost screen-printed carbon sensors have been used to rapidly detect bacteria commonly found in wounds, paving the way for a real-time medical device.

A study carried out by the University of Strathclyde and NHS Ayrshire & Arran used sensitive portable electrochemical sensors, which detected infections in clinical samples within half an hour. The rate is much quicker than current hospital laboratory testing.

The study was funded by the Engineering and Physical Sciences Research Council (EPSRC) Centre for Doctoral Training in Medical Devices and Health Technologies. It builds on previous work funded by Innovate UK, which informed early work on the sensors used in the device. The research team was able to build on this to produce the wound infection detection system.

The detection of infection in clinical practice can be expensive and typically takes at least 48 hours for gold-standard laboratory methods of wound infection detection and bacterial identification.

In a collaboration with NHS Ayrshire & Arran clinicians, dressings and swabs were collected from patients with diabetes-related foot ulcers at University Hospital Ayr. These samples were then measured at the University of Strathclyde using the novel sensor, which revealed that the presence of bacterial infection could be rapidly detected.

In the preliminary work which led to this clinical study, the sensors were used to detect Proteus mirabilis, one of the most common bacteria types found in wounds. This organism is commonly found in the human gastrointestinal tract and forms part of the body’s normal microflora, but can cause disease in those with compromised immune systems or wounds.

The electrochemical technique adopted measures the electrical ‘impedance’ of a sample over a wide range of electrical signal frequencies, creating spectra. These are formed by the measurement of how current flows through the bacterial layer at each frequency.

Changes to these spectra over time can be investigated, providing information about the microbiological content of the sample. This and a unique mathematical approach to studying the spectra have resulted in patents being granted for the method.

The researchers believe the technology has the potential to be incorporated into a cost-effective, real-time wound monitoring device able to rapidly detect infection. This could greatly reduce wound infection detection and identification times in clinical settings.

Aiden Hannah, a biomedical engineering researcher from the University of Strathclyde who carried out this work, said:

Whilst a range of other bacteria have been detected using Electrochemical Impedance Spectroscopy (EIS), to the best of our knowledge this is first reported study of real-time Proteus mirabilis detection using a label-free, screen printed carbon electrode.

The ability of our low-cost sensors to rapidly detect the presence of infection in clinical wound samples highlights their potential for adoption into point-of-care infection monitoring devices. The ability to monitor infection status in real time, would enable earlier intervention and improved prognosis.”

Diabetes foot ulcers are, unfortunately, common, with the lifetime risk for an ulcer being approximately 15% to 25%.

Infection is common and can lead to lower limb amputation if not treated early and aggressively. Early detection and appropriate treatment of infection will reduce the risk of amputation significantly, with three out of four amputations preventable.

The early detection of infection demonstrated in this study will have significant impact upon both the individual with a diabetes foot ulcer and NHS resources.

This research is collaborative work with Ohmedics Ltd, a University of Strathclyde spin-out company that is commercialising the bacterial sensor under license.