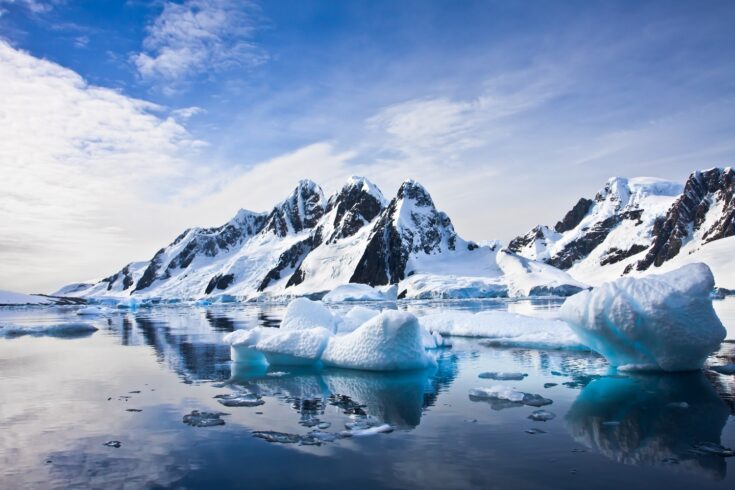 To mark the 200th anniversary of the discovery of Antarctica, 26 places on the frozen continent have been named in honour of Natural Environment Research Council (NERC) and British Antarctic Survey (BAS) scientists.

The prestigious honour has been granted by the Government of the British Antarctic Territory to a number of staff and scientists connected to NERC (past and present), including:

Antarctic place names are awarded to those:

Professor Dame Jane Francis is the current and first female director of BAS and a leading palaeobotanist and professor of palaeoclimatology. She was awarded the Polar Medal in 2002 and was appointed Dame Commander of the Order of St Michael and St George (DCMG) for services to polar science and diplomacy.

Dr Katharine Giles was a ground-breaking scientist and NERC independent research fellow who used satellite altimetry to study the polar regions. She was the first person to make use of measurements recorded between sea ice floes to study changes in the polar oceans, discovering how changing wind patterns were affecting the Arctic Ocean.

She was also a passionate science communicator. The Dr Katharine Giles science blog prize is awarded by the Association of British Science Writers each year, founded following her tragically early death.

Giles Bay is 4km wide and 3km deep between Weaver Point and Tula Point at the northern end of Renaud Island, Biscoe Islands.

Professor Seymour Laxon was Director of the Centre for Polar Observation and Modelling at University College London. His research pioneered the use of satellite altimetry to study sea ice and the polar oceans.

He discovered how to distinguish sea ice floes from the surrounding ocean, which paved the way for the first satellite measurements of Arctic sea ice thickness. His work was instrumental in building the case for the European Space Agency’s CryoSat satellite mission.

Laxon Bay is 10km wide and 3km deep between Palosuo Islands and the west side of Renaud Island, Biscoe Islands

My congratulations to all those who have been honoured by place names in Antarctica. Each of those named have made an outstanding contribution to our understanding of the continent over the last 50 years, many of whom have been supported in their work by NERC over the years.

It’s particularly heart-warming to see personal colleagues of mine from my UCL days, Seymour Laxon and Katharine Giles among those honoured, both tragically taken from us in accidents in 2013, and for whom this is a splendid memorial.

Dr Adrian Fox, Head of the Mapping team at BAS, who sits on the UK Committee for Antarctic Places Names, said:

It is fitting that in the year marking two centuries of exploration and research in Antarctica that we pay testament to those who have devoted their careers to Antarctica and to advance our understanding of the great white continent.

The UK Committee for Antarctic Place-Names provides advice on place-naming in the British Antarctic Territory, using agreed international principles and procedures.  Features are identified where naming is necessary for scientific, logistical or management purposes.