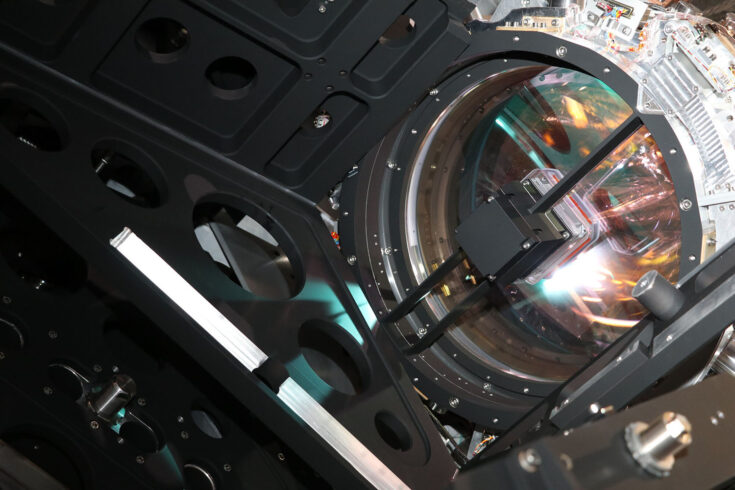 The UK ATC, which is part of the Science and Technology Facilities Council (STFC), is leading the international consortium, to design, build and deliver MOONS to the European Southern Observatory (ESO).

The consortium is spread across six countries, including: 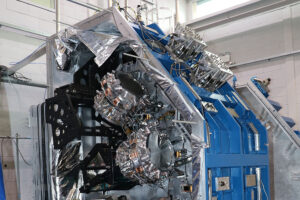 MOONS is a next generation spectrograph for the Very Large Telescope (VLT) in Chile.

It will simultaneously provide optical to near-infrared spectra for 1,000 objects.

This will be the first time astronomers will be able to simultaneously observe so many objects at these wavelengths, let alone being able to do this on an 8 metre-class telescope.

Its unique capabilities will be used to survey millions of stars and galaxies throughout most of the history of the universe.

The wavelengths that MOONS utilise can see through galactic dust and observe more distant galaxies.

A series of firsts

First light in the laboratory marked a series of exciting firsts for the project:

Major progress for the project

This is an incredibly important stage in the development of MOONS and marks major progress for the project.

After years of planning, photons passed through 25 metres of fibre, millions of pounds of optics and finally arrived on the detectors.

It was a complicated operation as MOONS’ optics operate at 130 Kelvin (-143C) while the detector works at 40 Kelvin (-233C). Therefore, the entire instrument needed to be cooled down before testing.

This required 5 tonnes of liquid nitrogen and what we still believe is the largest cryostat for any ground-based telescope.

A testament to the hard work of the team at the UK ATC and further UK and international collaborators is:

This included the University of Cambridge, who painstakingly aligned the cameras before installation in Edinburgh.

MOONS will be delivered and installed at ESO’s VLT at the Paranal Observatory in northern Chile next year with first light expected in 2023.

Excellent work of the consortium

After having spent five years designing and building MOONS I was very excited to see the first light images.

I was astonished at just how good the images were when they appeared on the computer screen in the control room.

Near perfect alignment of the spectra across the detector, really sharp focus, and no sign of any unwanted stray light.

MOONS contains a number of innovative new optical design features to improve performance, including a state-of-the-art camera system that has never been used before.

It is remarkable that it worked so well first time and is a testament to the excellent work of the consortium in building such a great instrument.

Rose to the challenge

Working throughout COVID presented many challenges. Particularly on a complex collaborative project such as MOONS.

It meant the team at UK ATC had to take on more responsibilities, but they rose to the challenge and we are incredibly happy with these initial results.

Find out more about this remarkable new instrument on RAL Space.