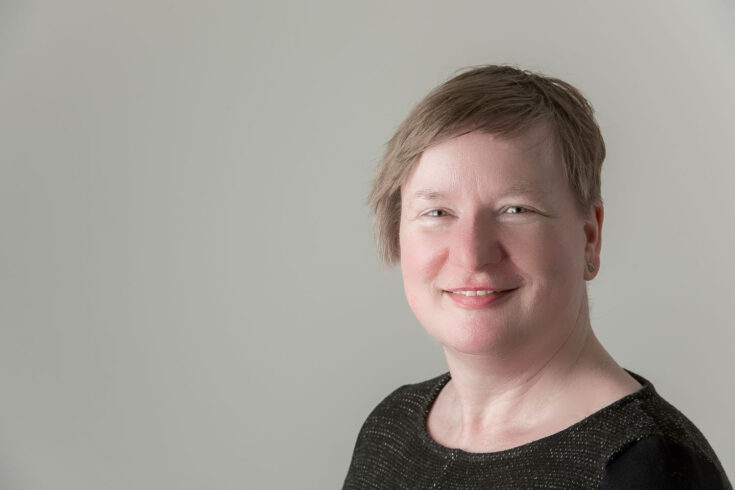 We are excited to announce the appointment of Professor Wiebke Arlt as the new Director of the Medical Research Council London Institute of Medical Sciences.

Professor Wiebke Arlt is an award-winning clinical endocrinologist and leader of an international multidisciplinary research team investigating the links between steroids and metabolic diseases.

She joins the MRC London Institute of Medical Sciences (LMS) from the University of Birmingham where she is Director of the Institute of Metabolism and Systems Research and holds the William Withering Chair of Medicine.

Wiebke will formally take up her new position from 1 January 2023.

Beginning of a new era

Wiebke’s appointment marks the beginning of a new era for the LMS as it also moves into its brand-new state-of-the-art research facility in West London where it will adopt a new, challenge-based approach to research.

The LMS was established in 1994. It is a highly collaborative research institute where scientists and clinicians work side by side to further the understanding of biology and its application to medicine. Their aim is to elucidate the biological mechanisms underlying human health and disease through the interface of genomics, physiology and epigenetics.

Wiebke will lead a renewed vision and mission for the LMS to further strengthen its clinical science and translation ambitions. This includes maximising the benefits of its strategic location on the Hammersmith Hospital site and its partnership with Imperial College London to tackle challenges in human health.

As director, Wiebke will have control of a core budget of £85 million over 5 years and direction of around 220 research and support staff.

Wiebke will hold a joint appointment between MRC and Imperial to help maximise the engagement, strategic alignment and co-operation between the LMS and the wider College. As the LMS approaches its 30th anniversary developing and renewing its mission will allow it to embrace the global health challenges of the 21st century.

I am delighted to take on the leadership of the LMS at this exciting point in its development, just when occupying a brand new, purpose-built building.

I am very much looking forward to working with the LMS investigators and staff to deliver transdisciplinary team science, in synergistic interaction with Imperial and the wider national research environment.

We will take a novel, challenge-based approach to tackle major questions of relevance to human health and disease. Watch this space!

I am thrilled that Wiebke will be leading the LMS at such an exciting time, both in terms of its renewed focus human biology and pathology but also as it moves into its new state-of-the-art accommodation on the Hammersmith Hospital Campus.

Her ambitious and exciting vision for the LMS will further cement the LMS as a world-renowned research institute and a national training hub particularly for clinical sciences that will drive our understanding of human biology and disease and opportunities for new treatments and diagnostics.

I’d like to pay tribute to Professor Dame Amanda Fisher who led the LMS magnificently for over 13 years before stepping down in 2021. During that time the LMS made excellent contributions to our understanding of epigenetic control mechanisms and in developing the hugely important and productive relationship with Imperial College London. Mandy was also extremely influential in celebrating and inspiring women in science through the Suffrage Science scheme.

Finally, I’d like to thank the huge efforts of Professors Petra Hajkova and Dominic Withers who have done a superb job in leading the LMS as interim directors since 2021.

I’m delighted to welcome Wiebke into the Imperial Faculty of Medicine, cementing a hugely constructive relationship between the College and MRC and UK Research and Innovation. Wiebke brings an outstanding track record as a clinical academic to the LMS and will drive the translational research success our partnership aims to achieve.

Wiebke was selected after a competitive international search carried out jointly by the MRC and Imperial College London.

The MRC London Institute of Medical Sciences is one of 5 MRC institutes.

Its investigators work on discovery science in epigenetics and the regulation of gene expression, as well as the physiology of metabolic disorders and ageing. The goal of research at the LMS is to apply this understanding of biological processes to improve health and ultimately the translation of this research into clinical outcomes.

These activities are underpinned by world class expertise in quantitative biology and data sciences. The LMS holds an Athena SWAN Silver Award and is highly committed to the agenda of diversity, equity and inclusion.