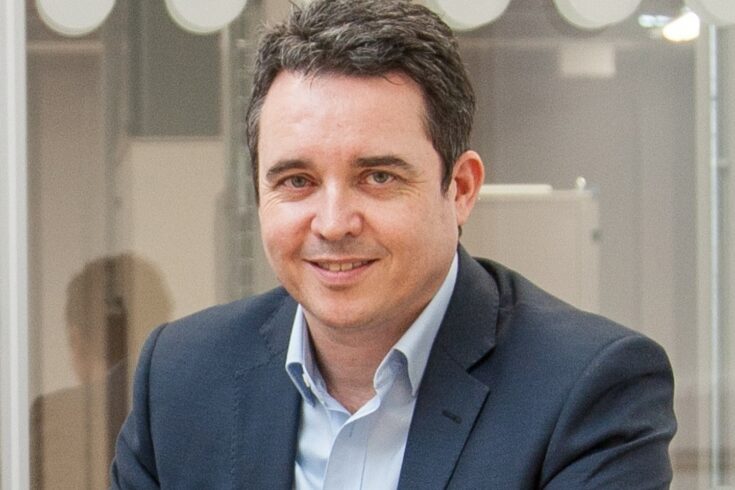 Paul is the current Executive Director of Business and Innovation at STFC, and will take over Professor Susan Smith as Head of Daresbury on her retirement in November 2020.

As Executive Director of Business and Innovation, Paul is already playing a critical role in helping STFC shape and deliver a business and innovation strategy. Now, also as head of STFC’s Daresbury Laboratory, Paul will lead Daresbury Laboratory as it continues its mission to strengthen and grow its relationship with academia and industry.

Having Alan and Paul on our Executive Board to champion Daresbury and RAL laboratories is great news and will be valuable for both sites.

I am looking forward to working with both of them as they lead both sites in this new chapter.

I am honoured and excited to take up this opportunity as Head of STFC’s Daresbury Laboratory, home to world-leading science and innovation in the UK, and to successful collaborations with both national and international academic partners.

Daresbury Laboratory has gone from strength to strength over the last few years, and is a key part of the successful Daresbury campus. Having previously headed up campus development here at STFC, I am thoroughly looking forward to working closely with our partners to connect with researchers, innovators and businesses across the North West and the UK.

Professor Smith has held the position since 2012 alongside her role as Director of STFC’s accelerator science and technology division.

It has been both a pleasure and an honour to be Head of STFC’s Daresbury Laboratory for the last eight years. I have known and worked with Paul for many years, and know that he will continue to lead the Laboratory to great success in the future.