New research will improve the quality of UK rivers 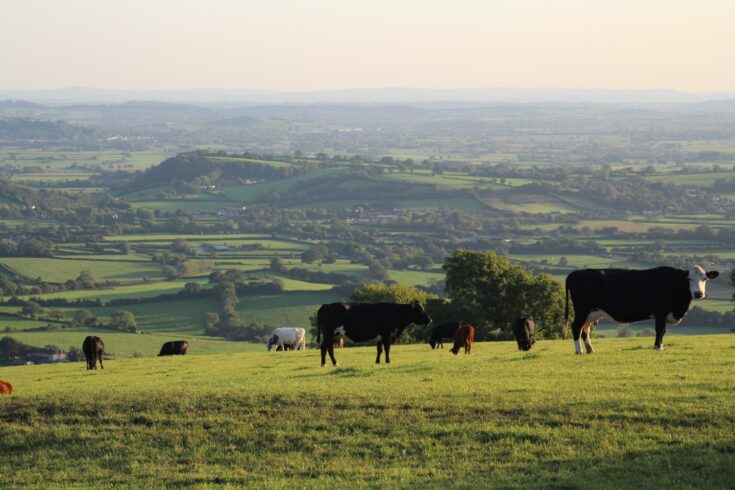 As a result, the majority of UK rivers fail to have good ecological status, with only 14% of waterways in England, 46% in Wales,  50% in Scotland and 31% in Northern Ireland reaching the threshold.

Researchers have been awarded funding by the Natural Environment Research Council and the Department for Environment Food and Rural Affairs from the £8.4 million understanding changes in quality of UK freshwaters programme to:

The stresses that are placed on our rivers are many and complex, from growing urban development to farming practices, increased diversity of chemicals and pharmaceuticals used by society, and pollution pressure from transport.

We are going further and faster than any other government to protect and enhance the health of our rivers, including taking action to end the environmental damage caused by sewage spills.

This funding is welcome. It will enable researchers to carry out vital studies monitoring and measuring pollution that find its way into our precious water courses. Monitoring the impacts of climate change will also be important.

This knowledge will be used to improve the water quality in our rivers, bringing benefits now and into the future.

The projects will study how:

There are huge water quality pressures on UK rivers. These are likely to be exacerbated with climate change.

Through this innovative programme we will develop cutting-edge environmental science which is focussed on improving UK freshwater quality.

Through collaboration between researchers, water and land managers and policy-makers, the programme will help ensure that our rivers and other waterways are more resilient to future climate and land-use change.

For more information about the programme please visit the understanding changes in quality of UK freshwaters programme page on the UK Research and Innovation website.

Assessing and managing the impacts of mixtures of  chemicals on UK freshwater biodiversity in a changing world, £1,599,882

Historically, rivers across the UK have been subjected to a range of pressures arising from the input of chemicals and by-products, such as:

While some of these pressures have eased over recent decades, others (for example pesticides) remain and may be increasing. In addition to these pressures, climate change is also expected to impact on the quality and biodiversity of UK rivers.

The LTLS-FE project will develop a model to make predictions about future chemical inputs, river quality and river biodiversity, with future scenarios based on a range of possible changes in society and climate.

By doing this, we will provide a range of UK-wide ‘projections’ of future river quality and biodiversity which will support policy-makers in developing plans for adaptation, mitigation and detection of risks associated with future changes in river quality.

PAthways of Chemicals Into Freshwaters and their ecological ImpaCts (PACIFIC), £1,597,089

Manufactured chemicals are essential for the maintenance of public health, food production, and quality of life, including a diverse range of pharmaceuticals, pesticides, and personal care products. The use of these throughout society has led to increasing concentrations and diversity of chemical pollutants in the environment.

This project will focus on understanding the link between the sources of chemical pollutants and their pathways, fate, and ecological impacts in freshwater ecosystems, with an emphasis on freshwater microbes and the ecosystem functions they perform.

The locations have been chosen to coincide with Wastewater Treatment Works to understand how chemicals in sewage effluents contribute to chemical burden and ecological impacts across land use gradients.

Livestock farming is the dominant farming type and source of organic matter pollution in UK freshwaters. There is over 9.65 million cattle and 32.7 million sheep on 10 million hectares of grassland, representing 57% of all agricultural land in the UK.

When livestock excreta are flushed to waters it drives changes in their physical, chemical and ecological quality and function. This material contains inorganic nutrient contaminants typically included in routine water quality monitoring programmes across the UK, but also contains many other compounds which are not monitoring.

These include nutrient-rich organic matter, pathogens, pharmaceuticals and hormones likely to drive significant damage to freshwater ecosystems, and presenting a persistent problem for recreational water use, fisheries and shellfisheries and drinking water abstracted from livestock farming catchments.

Climate change-induced increases in water temperature and alterations in flow regime will accelerate the biological processing of this material in freshwaters. An increased frequency of rainfall events predicted for the UK may overwhelm on-farm storage capacity, confounding efforts to reduce livestock farming impacts on UK freshwaters.

The project will deliver new understanding on how these stressors, environmental characteristics and management efforts interact to drive changes in UK water quality in livestock-dominated catchments.

Field sites: the Conwy, Bristol Avon and 50 further catchments across livestock farming regions in Wales, Scotland, Northern Ireland, and the north and west of England.

For centuries, human activities have impacted our rivers by shifting the sources and combinations of physical, biological and chemical drivers and pressures. However, our understanding of their impact on ecosystems has been limited by viewing each in isolation and not considering their combined effects on the ability of aquatic ecosystems to thrive, especially within the context of a changing climate. Significant reductions in some regulated pollutants (such as nitrogen and phosphorus) have been achieved in recent decades.

However, even with these improvements, we are witnessing declining water quality of our rivers, and the resulting loss of freshwater species and biota. Increasing numbers of new contaminants of concern (for example, pharmaceuticals, pesticides, illicit drugs, micro plastics etc.) have emerged. This means that our freshwater species are being challenged by pollutant cocktails (mixtures) whose effects are poorly understood.

This project will address knowledge gaps around the effects of hydro-climatic and land use changes in combination with the different mixtures of chemicals on freshwater species.

MOT4Rivers capitalises on next generation sensing to understanding event-based impacts on aquatic ecosystems within a study catchment with a complex history of pollution.  In addition, at the national scale with a suite of artificial intelligence methods to understand longer terms impacts of chemical exposures on ecological sensitivity.

The project will deliver a risk model and tool to support decisions climate mitigation and adaptation decision making.