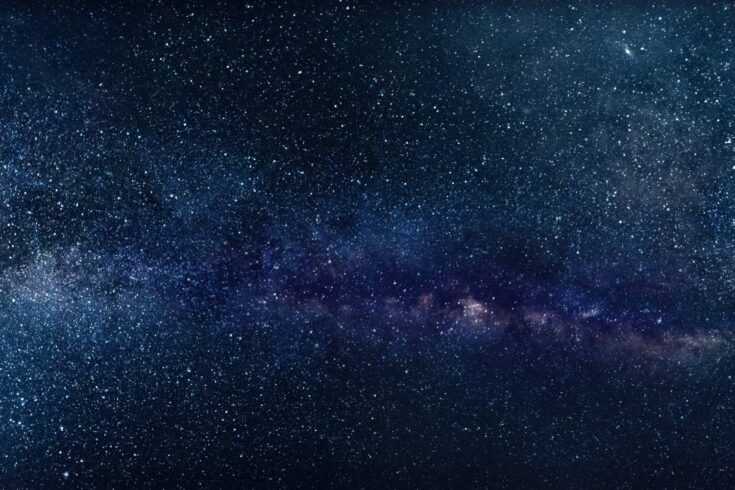 11 new Stephen Hawking fellows look to answer the greatest unanswered questions in science, from how the universe evolved to what happens when black holes collide.

They will bring these fundamental questions about the nature of the universe to a wider audience through public engagement activities, inspiring a new generation through various media and outreach activities.

The Stephen Hawking fellowships were launched in 2019 by UK Research and Innovation (UKRI), working with the Hawking family, in recognition of Professor Stephen Hawking’s achievements.

The second cohort of fellows, supported with a £4.5 million investment, will conduct ground-breaking new research in theoretical physics and underpinning areas of science.

The Stephen Hawking fellowships are delivered by UKRI’s Engineering and Physical Sciences Research Council and Science and Technology Facilities Council.

Stephen Hawking not only radically altered our understanding of the universe, he also opened science out to millions of people across the world, through many routes from “A Brief History of Time” to appearing on the Simpsons.

The new Stephen Hawking Fellows will build on that enduring legacy through their ambitious research and a mission to connect diverse people to research and innovation.

Single layers of atoms, in regular arrays, can be used to shape light as it passes through or reflects from the layer. Since the arrays interact with single photons, the fundamental elementary particles which make up light, they can control quantum as well as classical properties.

Through his fellowship Dr Ballantine aims to advance theories on how light interacts with atoms at a quantum level. These properties can be exploited for applications including:

The state-of-the-art description of the behaviour of gravity is given by the general theory of relativity (GR). Although this theory has an elegant framework and has stood experimental verification in all the regimes where tests were performed, the theory remains untested by experiments and observations in several crucial regimes.

Gravitational-wave astronomy presents us with an incredibly powerful tool to test our understanding of gravity. Dr Bhagwat will:

She will also foster collaborations between artists and scientists and build a compendium of illustrations and artworks presenting the abstract concepts in physics in a more visualisable form. These materials will be:

Our current understanding of the cosmos is far from perfect. It can explain a large number of observations and experimental results, but to do so it needs to invoke a form of energy that is ubiquitous, dominant and non-luminous. To put this in perspective, if the energy of the universe were a football team, we’d only be able to see half of the goalkeeper.

Dr Bose’s goal is to develop a theoretical model which can map fundamental theories of gravity and cosmology to the positions, shapes, sizes and velocities of the galaxies we see in the sky.

His primary outreach idea is a children’s book following the story of the Universe, which will pose the current problems in understanding it and outline various solutions which elucidate use and absence of critical thought.

Dr Galante’s research programme intends to find the microscopic quantum theory from which expanding spacetimes like our own universe emerge. Given that the speed of light is only finite, there are regions of spacetime that, due to the expansion, will never get in causal contact with an observer like us. Consequently, every observer in this universe is surrounded by a cosmological event horizon.

The aim of this programme is to characterise and find distinctive features of this type of horizon from a modern holographic perspective, in which spacetime is not fundamental, but emerges from quantum theories in lower dimensions.

The Large Hadron Collider (LHC) has allowed us to make measurements of high energy particle interactions with unprecedented accuracy. Recently, previously unexplored particle masses and decays have been measured with such high precision that they are starting to show signs of disagreement with predictions from the Standard Model (SM) of particle physics.

As the precision of experimental results from the LHC continues to improve, and new measurements are made, the precision of the corresponding SM predictions will need to be improved as well. This is to provide a stringent test of the theory.

Dr Harrison will use high performance computing to calculate whether current theories of subatomic particles can be aligned to observations made by the LHC, potentially revealing a new branch of physics.

However, recently, ultraluminous X-ray sources hosting an X-ray pulsar, a neutron star pulsating in the X-rays, have been discovered. This implies that X-ray pulsars can be unbelievably bright, exceeding theoretical upper limits for luminosity by a factor of hundreds. Fundamental aspects of the physics at work in X-ray pulsars are unknown.

Through this fellowship, Dr Mushtukov aims to develop a unified theory of accretion onto strongly magnetised neutron stars and conduct a coherent theoretical investigation of the physics of pulsating ultraluminous X-ray sources.

Ultraluminous sources hosting a neutron star give us a unique possibility to study physical processes in extreme conditions, which cannot be reached in terrestrial laboratories and are a very challenging playground for theoreticians.

Recent discoveries have broken the spell that our galaxy is a relatively static object without much going on. In particular, observations of the Large Magellanic Cloud (the closest massive satellite galaxy to the Milky Way) indicate that it is falling in with a massive dark matter halo. This is in turn, actively warping and deforming the dark matter halo of the Milky Way.

Dr Petersen aims to develop a model framework to test different hypotheses for the role dark matter plays in the interaction of the Milky Way and the Large Magellanic Cloud. He will also develop an immersive planetarium experience and astronomy visualisations as part of a public engagement program.

Particle physics asks some of the most profound questions about our universe: what are the smallest constituents of matter, and how do they behave?

The SM is the theory of all known fundamental particles, and its predictions agree with a bewildering array of measurements from many experiments over many years. But it cannot be the full story. For example, it can’t explain:

Theories that could provide the answers predict new particles. Discovering these is a major aim of the field and the purpose of Dr Renner’s fellowship.

The bizarre and fascinating properties of quantum systems are very fragile and thus difficult to observe and manipulate. This is because they are altered by the inevitable interaction of these systems with their surroundings.

Through his fellowship, Dr Scarlatella aims at advancing our understanding of how quantum properties are modified by this interaction, which is crucial for the development of future quantum technologies.

He will equally contribute to inspiring the next generation of scientists as well as wider society, making the modern results of quantum physics accessible to non-specialists.

What happened during the first moments of the universe? Our current best explanation is that the universe underwent a period of “inflation” where it expanded faster than the speed of light.

Using new scientific methods, Dr Stefanyszyn will search for new generic features in cosmological correlators. These are cosmological patterns that cosmologists observe in the radiation left over from the Hot Big Bang and in the distribution of galaxies. These patterns contain the secrets of the universe.

Dr Stefanyszyn’s work will offer detailed guidance to observers at a time when there are many upcoming cosmological surveys whose primary aims are to understand inflation and the early universe.

In recent years there has been lots of progress in our ability to control things at the quantum scale, including ongoing efforts to create a working quantum computer, which require cooling to near absolute zero.

Using these new tools, Dr Turner hopes to solve some hard computation problems that are not practical using classical computers and to simulate models for challenging quantum systems, such as:

This work could open the possibility of quantum computers running at much higher temperatures and not needing cooling.