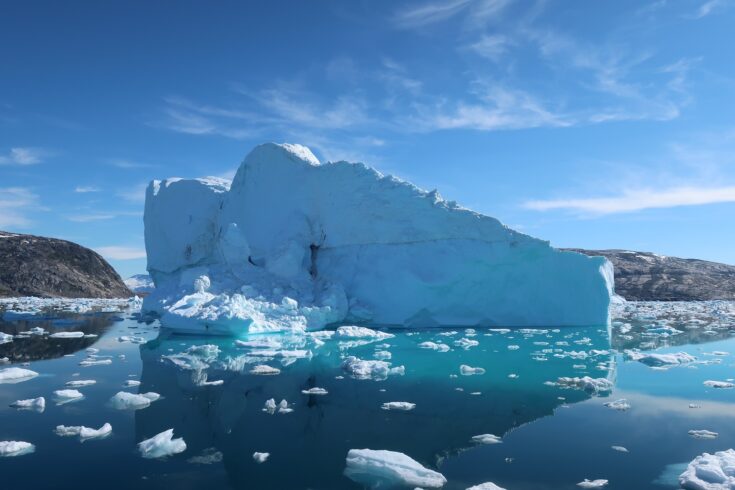 Sea level rise from the melting of ice could be halved this century if we meet the Paris Agreement target of limiting warming to 1.5°C.

This is the finding of a new study, funded by the Natural Environment Research Council (NERC) and conducted by an international community of scientists, which has been published in the journal Nature.

The research explored the land ice contribution to sea level in the 21st century arising from the world’s glaciers and the Greenland and Antarctic ice sheets.

The study uses a large number of computer models combined with statistical techniques. It made predictions for the latest socio-economic scenarios to inform the Intergovernmental Panel on Climate Change’s Sixth Assessment report which will be published later this year.

It predicted that if we limit global warming to 1.5°C, Greenland ice sheet losses would reduce by 70%, and glacier losses by half, compared with current emissions pledges.

For Antarctica, the predictions are the same for different emissions scenarios, because it is currently unclear whether snow falling in the cold interior of the ice sheet will offset melting at the coasts. However, under a ‘pessimistic’ storyline, with much more melting than snowfall, Antarctic ice losses could be five times larger.

Ahead of COP26 this November, many nations are updating their pledges to reduce greenhouse gas emissions under the Paris Agreement.

Global sea level will continue to rise, even if we halt all emissions now, but our research suggests we could limit the damage.

If pledges were far more ambitious, central predictions for sea level rise from melting ice would be reduced from 25 cm to 13 cm in 2100, with a 95% chance of being less than 28 cm rather than the current upper end of 40 cm. This would mean a less severe increase in coastal flooding.

Glaciers and ice sheets are currently responsible for around half of global sea level rise, with most of the rest arising from expansion of the oceans as they warm.

Previous predictions had used older emissions scenarios, and could not explore uncertainty about the future as thoroughly due to the limited number of simulations. This statistically-based study updates the scenarios, and combines all sources of land ice into a more complete picture that predicts the likelihood of different levels of sea level rise.

The research adds to UKRI’s councils’ long tradition of investing in cutting-edge research and innovation to understand, tackle and mitigate the effects of climate change.

In the year the UK hosts the UN COP26 summit in November, UKRI will use its role as a steward of the research and innovation system to bring our communities together. This will create sustainable and resilient solutions and encourage new behaviours and new ways of living that enable the UK to reach net zero by 2050.

With thanks to King’s College London.