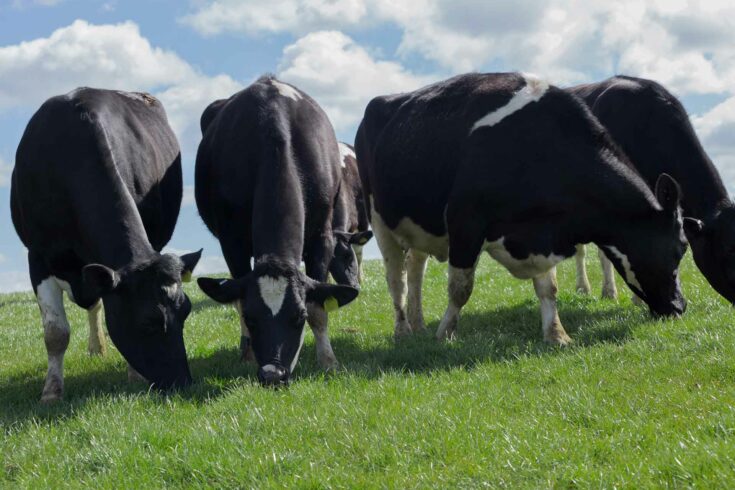 Scientists at the BBSRC-funded Pirbright Institute have identified new immune cells in cattle, that could help to investigate and treat livestock and human diseases.

The findings are a result of a collaborative study from the Pirbright Institute, funded by the Biotechnology and Biological Sciences Research Council (BBSRC), with:

Human mucosal-associated invariant T (MAIT) cells have been shown to tackle bacterial and viral infections, as well as playing a role in wound healing and vaccine response.

This is the first time that they have been characterised in cattle, and this could open new avenues for investigating and treating both livestock and human diseases.

A model for human infections

As well as being an economically important livestock species, cattle also provide large animals model for human infections such as tuberculosis and respiratory syncytial virus (RSV).

The data and tools used in this research will facilitate the study of MAIT cell biology during immunisation and infection.

Human MAIT cells are activated by various environmental signals, which can trigger them to either promote antimicrobial activity or tissue repair.

They are known to be involved in the immune response against various bacteria and viruses like influenza, HIV and hepatitis C, where they activate other immune cells which then kill infected cells.

In their study, published in Frontiers in Immunology, scientists demonstrated that cattle MAIT cells were extremely similar to human MAIT cells.

They were mainly located in mucosal tissues (which cover internal organs and cavities) as well as the lymph nodes (parts of the immune system that help to fight infection).

The team also established that the cattle MAIT cells were stimulated by similar signals to their human counterparts, and showed that they are activated in response to cattle bacterial infections.

The highly conserved nature of MAIT cells demonstrated in this study suggests that they may well have an important function in the protection against infection. This work was made possible because of truly international collaboration.

The identification and characterisation of these cells in cattle is a significant first step. Further investigation of MAIT cells in cattle may provide avenues for treating infections in both cattle and humans, such as foot-and-mouth disease and RSV.

This work was funded by BBSRC, part of UK Research and Innovation (UKRI) and the Department for Environment, Food and Rural Affairs (Defra) as well as the Australian Research Council (ARC).