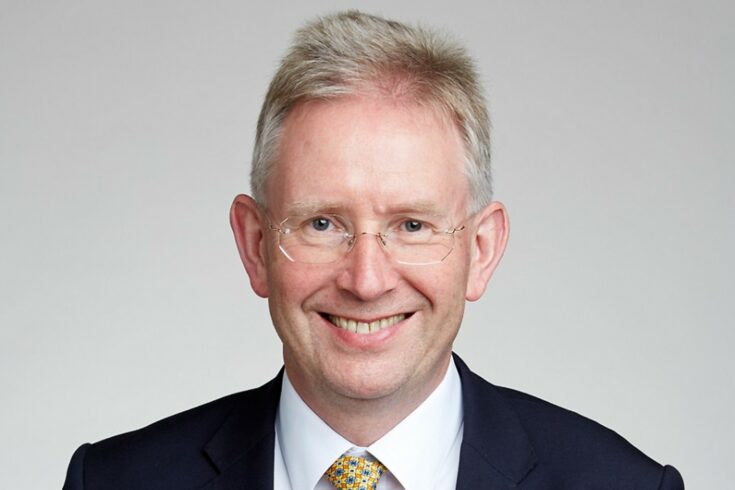 Professor Abell was Pro-Vice-Chancellor for Research, Professor of Biological Chemistry and Todd-Hamied Fellow of Christ’s College. UKRI today expressed its condolences to his family, friends and colleagues.

A biological chemist, Professor Abell was a pioneer in the field of fragment-based drug discovery, a successful entrepreneur, a founding director of Cambridge Enterprise, and the University’s first Director of Postdoctoral Affairs.

A major focus of his highly interdisciplinary research in the Department of Chemistry was to understand the mechanisms of key enzymes and develop approaches to their inhibition. This approach could lead to new treatments for diseases such as tuberculosis, cystic fibrosis and cancer.

Chris was an enthusiastic contributor to the joint BBSRC/EPSRC Biomolecular Sciences (BMS) programme that promoted cross-disciplinary interactions between chemists and biologists, and operated between 1992 and 2008.

Chris was interested in enzyme mechanisms including those in plant metabolism where he collaborated with researchers at Cambridge and elsewhere, supported through the BMS programme.

A founder of ASTEX Technology

His interest in the interactions between small molecules and macromolecules led to him jointly founding ASTEX Technology (with Professor Sir Tom Blundell and Dr Harren Jhoti). The company is based on the technology of fragment-based drug screening, developed through several successful research grants, supported by the research councils.

On behalf of UKRI I want to convey our deepest condolences to Chris’s family and friends. I had the pleasure and the privilege to work with Chris over many years at Cambridge. He will be greatly missed.

On behalf of BBSRC, we send our deepest sympathies to Chris’ family, friends, and colleagues. Chris was an exceptional scientist and a strong advocate for collaboration between chemists and biologists. His commitment and devotion to scientific advancement will be sorely missed by the biological sciences community.

A digital condolences book has been set up at: www.remembr.com/professor.chris.abell