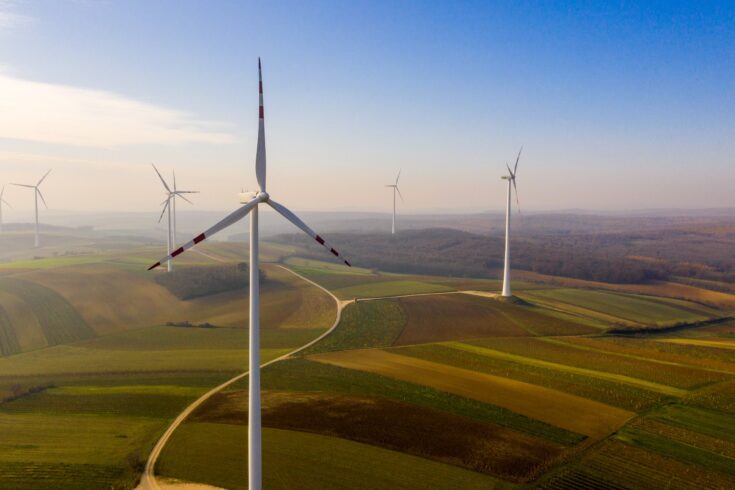 Engineers are designing a green ammonia plant that can reliably and efficiently generate ammonia using only intermittent renewable energy as the source of power.

The project, led by the Science and Technology Facilities Council (STFC) with partners Frazer-Nash Consultancy has just won early-stage funding from the UK government to get it off the ground.

The Department for Business, Energy and Industrial Strategy (BEIS) has awarded around £284,000 to the team, through its Net Zero Innovation Portfolio Low Carbon Hydrogen Supply 2 competition. The team aims to use this funding to create a complete and ready-made design for industry.

Ammonia has traditionally been used as a fertiliser, but it is now increasingly seen as a hydrogen carrier and carbon-free fuel for the future.

Ammonia can be used directly as a fuel in:

Ammonia looks set to play a significant role in hard-to-decarbonise industries including:

In addition, it can be used as a fuel alternative for current methane fired power stations.

It can be stored and transported at higher energy density and lower cost than hydrogen gas or liquid. It also has an existing manufacturing and distribution network that has a good safety and reliability record.

As the world moves towards net zero, this collaboration is a perfect example of how we can use cutting edge technology allied with our national science infrastructure to develop alternative fuel solutions to meet the future energy needs of UK industry.

By combining the expertise of the STFC technology team on our Rutherford Appleton Laboratory campus, with that of our private sector project partners, we are able to deliver novel energy solutions.

Traditionally, ammonia is synthesised in large chemical plants that run at steady conditions with power from the grid for 24 hours a day and seven days a week.

As the UK aims to become more reliant on intermittent renewable power, a more flexible ammonia plant is required.

It will need to facilitate the economic storage, transport and trading of renewable energy in the form of green ammonia fuel.

Most of the work will be carried out by engineers from both STFC’s Technology Department and from Frazer-Nash Consultancy, a KBR company. There will also be inputs from scientists at STFC’s ISIS Neutron and Muon Source.

Although ammonia-based technology is advancing at a lightning rate and looks set to be a major player in a carbon-free future, currently its production creates a significant amount of greenhouse gas.

To make ammonia fuel truly green and sustainable, we need to think about making the production process carbon free as well.

Our aim is to design a flexible scalable plant which is optimised to generate green ammonia from intermittent renewable power sources such as wind and solar.

Taking carbon out of the equation

Ammonia is currently made from hydrogen that is obtained from natural gas via a process known as ‘steam methane reforming’.

In this process, methane from natural gas is heated with steam, producing a mixture of carbon monoxide and hydrogen.

The carbon monoxide is then reacted with more water via the water gas shift reaction, producing further hydrogen and carbon dioxide.

Ammonia production that relies on this process is responsible for 1.8% of global emissions of carbon dioxide.

Green ammonia can, however, be made entirely from renewable energy sources using nitrogen separated from air and hydrogen from water electrolysis.

As the clock continues its countdown to 2050, the deadline for global governments’ targets to achieve net zero emissions, it’s essential that we explore novel solutions to achieve decarbonisation.

Green ammonia has the potential to displace ammonia produced by fossil fuels, and to become the renewable, carbon-free energy store of the future.

Working with STFC and partners on this important and timely project will help to demonstrate the potential that green ammonia offers.

Through taking innovative approaches to ammonia synthesis, thermal management and energy storage, we can ensure that the design of all these individual systems integrates into a cohesive whole-system.

The project team is now working hard to design a scalable system with a view to future construction of a demonstrator.

To ensure all practical and logistical needs are considered, the team is working alongside renewable energy developers:

The team is also working alongside potential Offtakers at Brookfield, and Comhairle nan Eilean Siar (Stornaway Council), as well as the Harwell EnergyTec Cluster.

These industry contacts will provide crucial input on the potential applicability of the technology to renewable energy projects.

In their commercial activities they will also use the project findings, such as:

The findings of the project will be made available for the benefit of other renewable energy developers.

Leading the world in hydrogen innovation

The UK is truly leading the world in hydrogen innovation thanks to the exciting efforts of organisations like STFC and Frazer Nash Consultancy.

The government support which they have received today will help to boost the development of hydrogen as the clean, affordable, homegrown superfuel of the future.

This funding has been made available from the government’s £1 billion  NZIP, which aims to support innovation in the supply of hydrogen.

This competition looks to provide funding for projects that can help develop a wide range of innovative low-carbon hydrogen supply solutions.

The competition aims to support innovation in the supply of hydrogen, reducing the costs of supplying hydrogen and bringing new solutions to the market.

This will help to ensure that the UK continues to develop world leading hydrogen technologies for a future hydrogen economy.

It follows on from the first Low Carbon Hydrogen Supply Competition.

If the initial project is successful, the project team will be invited to apply for Phase 2 funding which will support demonstrations at up to £6 million per project. Funding for Phase 2 will be subject to a competitive tender process.