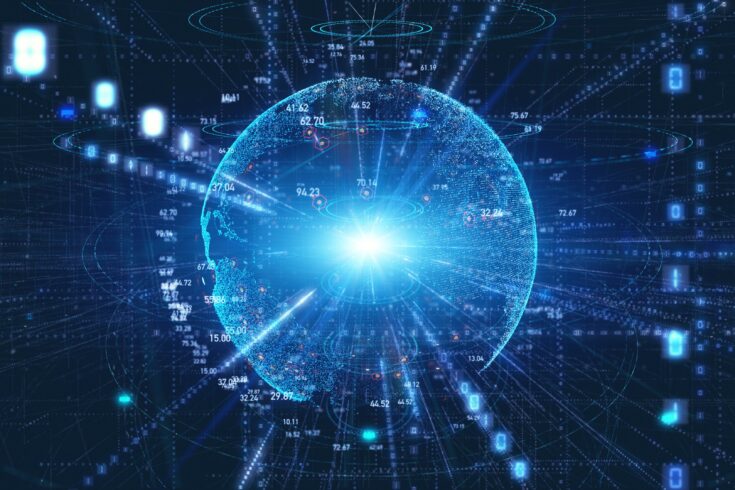 The demonstration was led by researchers from the Quantum Communications Hub at Heriot-Watt University with colleagues in Germany. The results are published in Science Advances.

The hub is funded through the £1 billion UK National Quantum Technologies Programme, supported by UK Research and Innovation (UKRI).

We’ve long known that quantum entanglement, which Albert Einstein called ‘spooky action at a distance’ can be used for distributing secure keys.

Our work is the first example where this was achieved via ‘spooky action’ between multiple users at the same time – something that a future quantum internet will be able to exploit.

Secure communications rely upon cryptographic keys, strings of data which are used to encrypt information so that it appears to be random.

The keys in most systems however, are relatively short and therefore vulnerable to hackers, especially with more powerful quantum computers becoming a reality.

The Quantum Key Distribution (QKD) system used by the researchers harnesses entanglement, a key property of quantum physics that provides correlation between two quantum systems, even if they are separated by large distances.

By harnessing multi-party entanglement, the team were able to share keys simultaneously between the four parties through a process known as ‘Quantum Conference Key Agreement’.

This overcame the limitations of traditional QKD systems to share keys between just two users. It enabled the first quantum conference call to occur with an image of a Cheshire cat shared between the four parties, separated by up to 50km of optical fibre.

Given the increase of remote collaborative working because of COVID-19, and a growing need for robust security measures, the results point towards quantum-secured future conference calls with unhackable security measures.

Quantum technologies offer the prospect of transformative impacts across a range of applications and sectors.

These exciting results demonstrate how harnessing the properties of quantum physics can enhance the security of our communications.