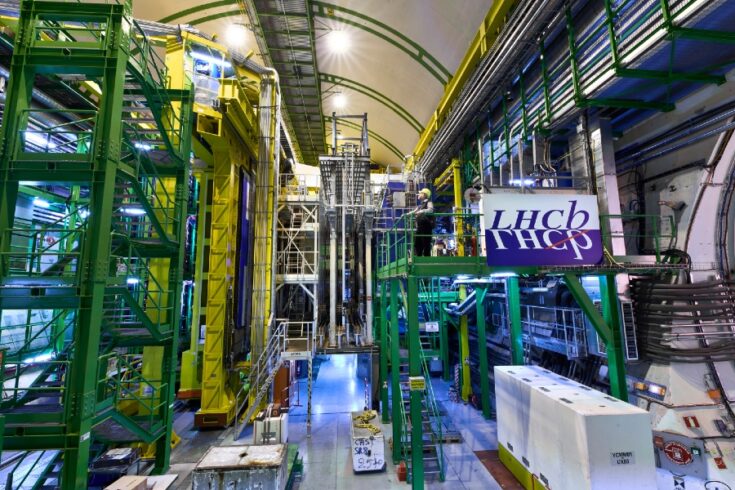 UK physicists from the LHCb experiment at CERN have today announced new results which may suggest hints of a violation of the Standard Model of particle physics.

The measurement made by the LHCb (Large Hadron Collider beauty) collaboration, compares two types of decays of beauty quarks.

The Standard Model of particle physics predicts that beauty quarks, such as the one in the LHCb study, should decay into either muons or electrons in equal measure. This is known as lepton flavour universality.

But the new result suggests that this may not be happening.

The analysis of the data to produce this result was led by physicists from:

The team received funding from the Science and Technology Facilities Council (STFC).

LHCb spokesperson Professor Chris Parkes from the University of Manchester and CERN said:

If a violation of lepton flavour universality were to be confirmed, it would require a new physical process, such as the existence of new fundamental particles or interactions.

More studies on related processes are under way using the existing LHCb data. We will be excited to see if they strengthen the intriguing hints in the current results.

The deviation presented today is consistent with a pattern of anomalies measured in similar processes by LHCb and other experiments worldwide over the past decade.

The new results determine the ratio between the decay probabilities with greater precision than previous measurements. The results use all the data collected by the LHCb detector so far for the first time.

This result is three deviations from the Standard Model – meaning there is still a 1 in 1,000 chance that the measurement is a statistical coincidence.

This tantalising hint at new and unexplained physics demonstrates the importance of the LHC in exploring nature at its most fundamental level.

It is now for the LHCb collaboration to further verify their results by collating and analysing more data, to see if the evidence for some new phenomena remains.

The LHCb experiment is expected to start collecting new data next year following an upgrade to the detector.