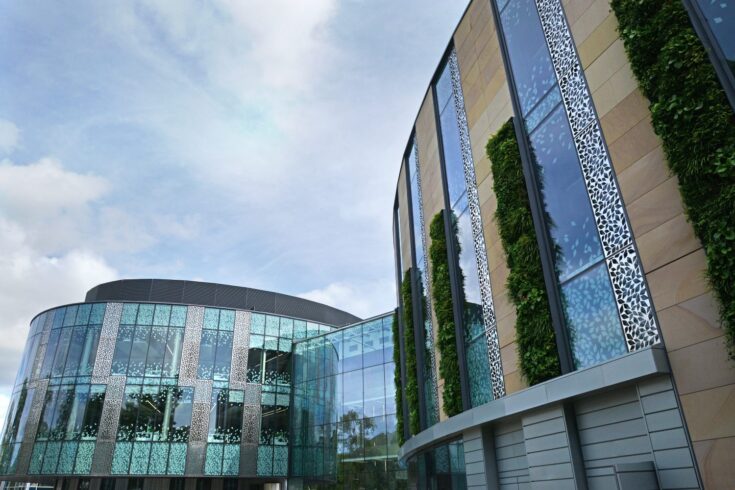 Edinburgh’s Roslin Innovation Centre (RIC) has had a positive impact on the local, regional and national economy, a new report shows.

An independent review has revealed that the RIC has delivered economic benefits estimated to be equivalent to £2.86 for every £1 invested in its development.

It also concludes that job creation and other associated spill over benefits from the RIC’s development have been felt right across the UK.

The RIC opened its doors in August 2017 following a £30 million investment by the Biotechnology and Biological Sciences Research Council (BBSRC), The University of Edinburgh and the Scottish Government.

Located at Easter Bush Campus Edinburgh, the RIC provides 285 laboratory workstations and office space for up to 380 scientists, enabling established companies and start-ups to connect with world-leading researchers.

Carried out by Bearing Point Ltd, the independent review was commissioned by BBSRC to examine the emerging outcomes, benefits and impact of its investment.

And in its first 5 years of operation, the RIC has far exceeded the estimates outlined in its business plan.

Work at the RIC focuses on finding bio-based solutions to some of the most serious challenges facing society today.

It does this by providing a dynamic, vibrant working environment that features world-class facilities equipped with the latest technologies.

Global challenges being tackled at the RIC include:

The review found that over the last 5 years, the RIC has established an entrepreneurial and innovative culture that has helped tenants access vital research grants and inward investment funding.

Today, the centre has an occupancy rate of over 85%, which includes tenants originally from New Zealand, the US and Europe.

Many tenants said their location within the RIC was influential in securing research grants, and approximately half of those interviewed felt it had helped them secure private investments.

Since locating to the RIC tenants have received, on average, one or more investments totalling over £100,000.

This includes several examples of inward investment into RIC tenant companies from outside the UK.

Tenants also believed there were ‘plentiful’ opportunities for further collaboration within the RIC.

The BBSRC-commissioned review found clear evidence of positive engagement with schools, colleges and citizens in Midlothian and the wider Edinburgh area by RIC tenants.

It also concluded that the RIC has created significant economic benefits relative to its original £30 million investment.

The authors of the independent review argue that the most reasonable estimate was a return equivalent to £2.86 for every £1 invested (a return of 286%).

This review shows what can be achieved when we create an innovative environment where industry and researchers can develop sophisticated, productive partnerships that build on each other’s strengths and capabilities.

The last 5 years have been incredible for the RIC and we look forward to a bright future of collaboration that creates real-world impact and more prosperous, sustainable communities.

The success of the Roslin Innovation Centre is testament to the quality of its tenants and the relationships that are enabled by its setting in a world-leading campus for animal bioscience.

This is reflected in the value it brings to the economy.

The first 5 years of activity from the Roslin Innovation Centre has exceeded expectations, especially in light of the global challenges that have arisen.

We congratulate all the RIC tenants on their success and look forward to further achievements from this important site for scientific innovation.