Scientists on a mission to monitor climate change 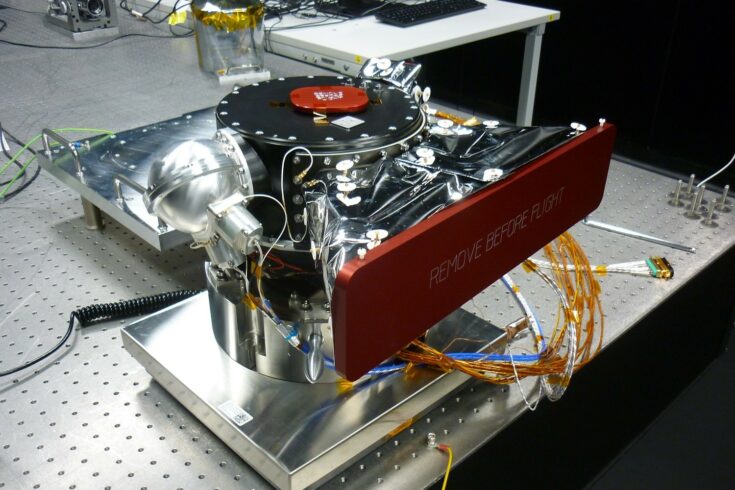 Science and Technology Facilites Council (STFC) is taking on the challenge of monitoring climate change by delivering two contributions to Earth observation missions.

Today over 90% of the data that goes into weather forecasting models is provided by satellites, and STFC’s Rutherford Appleton Laboratory (RAL) Space is playing its part in two missions to vastly improve the data being collected.

The first, known as MicroCarb, is a mission to monitor carbon in the atmosphere and is underpinned by UK technology and expertise to ensure that the measurements it takes are as accurate and reliable as possible.

The second is a receiver, a crucial component of Europe’s next generation of weather satellites, which will play an important role in measuring temperature, humidity and rain over the next two decades.

I’m delighted that we have delivered not just one, but two significant parts of important instruments for Earth observation missions in recent weeks. The technology RAL Space has developed will play an important role in understanding and helping to manage our environment.

The pointing and calibration system (PCS) for the MicroCarb mission will ensure our understanding of the carbon cycle, one of the most important factors in climate change, is accurate and reliable.

And we are one of only a few places in the world able to develop the advanced microwave receiver which will be at the heart of the next generation of weather satellites. UK science and technology is rising to the urgent challenge of our changing environment.

Two UK organisations are providing calibration equipment for the mission which is led by the French space agency – the Centre National D’Etudes Spatials (CNES) and the UK Space Agency.

The on-board PCS is being developed by RAL Space and includes the two onboard calibration sources, which make sure the instrument is measuring accurately and reliably.

It also allows the instrument to point at specific targets on the ground such as cities to take local measurements of carbon dioxide emissions from urban areas.

The mission will measure the fluxes of carbon dioxide on Earth’s surface, how much carbon is being absorbed by oceans and forests and how this varies between seasons.

MicroCarb will contribute important information to understanding the processes behind climate change.

The RAL Space team designed, qualified and delivered the PCS to Airbus Defence and Space France where it will be integrated to the instrument in January.

The instrument will be delivered back to RAL Space where the main spacecraft is being integrated by Thales Alenia Space UK ahead of launch in 2022.

The first of five receivers has been delivered by RAL Space for the microwave sounder and microwave imager instruments flying on two of the next MetOp-SG spacecraft.

RAL Space’s millimetre wave receiver will be integrated into the microwave sounder, an instrument to measure the temperature and humidity of the atmosphere.

MetOp-SG is a programme of six weather satellites led by European Organisation for the Exploitation of Meteorological Satellites (EUMETSAT), which will be launched between 2023 and 2038.

This generation of MetOp satellites will have higher sensitivity and higher operation frequency thanks in part to the RAL Space-designed millimetre-wave technology.

Each receiver involves making small, intricate and highly accurate parts and each must be perfect. The components are machined precisely, with some features being controlled in size, thousands of times smaller than a human hair.

All the sensitive electronic components underwent extreme levels of environmental testing – including exposure to high levels of temperature and humidity – before production of flight hardware could even commence.

The receiver will now be integrated by Airbus Defence and Space UK into the Microwave Sounder instrument where it will undergo further testing.