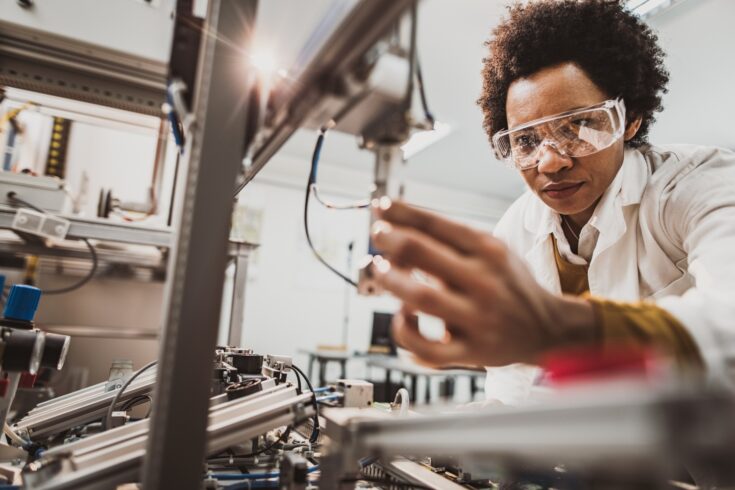 Following the first phase of the pilot New Horizons scheme in 2020, the Engineering and Physical Sciences Research Council (EPSRC) will launch a second phase later this year.

The first phase trialled a streamlined grant application process, which applicants felt was easier, quicker and simpler than standard processes.

A wide range of transformative mathematics and physical sciences research was supported, including projects using:

The second phase of the funding opportunity will focus on highly speculative research projects across the remit of EPSRC’s engineering and information and communication technologies (ICT) themes.

The aims of this second phase of the pilot are to:

We are committed to making the UK a place where the most creative researchers can formulate high-risk discovery proposals to deliver world-leading research.

We are building on learnings from the first phase of the New Horizons pilot, and this second phase in the ICT and engineering remits will inform our ongoing work to evolve our policies and secure the pipeline of next-generation innovations.

EPSRC will adopt a two-stage application process for this second phase of the pilot.

Due to previous high demand for the scheme, applicants will be asked to complete a short survey.

The survey will inform EPSRC of their intention to submit an application and the primary EPSRC engineering or ICT theme research area that the proposal will align to.

This will allow EPSRC to identify potential members of the peer review process as early as possible, helping to deliver a faster process compared to current standard funding routes.

EPSRC will also be able to inform applicants of likely demand.

Stage one of the application process will consist of submission of an anonymous one-page case for support and approximate costings.

The focus at this stage will be on the speculative nature of the research idea proposed and the identity of the applicants will remain anonymous.

There will be no postal peer review and applications will be assessed at an outline panel where streamlined assessment criteria will be used compared to current standard funding routes.

Successful outline proposals will be invited to submit a full proposal.

The peer review at stage two of the assessment process is not being performed anonymously.

The applications that are successful at stage two will be recommended for funding.

Community feedback on the first phase of the pilot have been used to inform the process of the second phase.

During the first pilot, EPSRC conducted surveys with the involved:

Of the applicants who responded to the survey, over 80% stated that the main reason they applied to the New Horizons pilot scheme was due to the focus being on:

EPSRC has used feedback from applicants to define the scope of the funding opportunity, with a focus on funding high-risk research whilst also encouraging speculative research proposals.

For the first pilot, applicants expressed satisfaction with the application process. 84% confirmed that it took less time and 93% found the submission process easier, confirming that it was simpler.

Following further consideration, in the second phase the initial stage of this scheme will now require only a one-page outline.

Due to the high volume of applications and the novel assessment approach, feedback to applicants was not possible for the first phase of the pilot. This was raised as an issue in both the applicant and research office surveys as well as by a number of panel members.

Anonymous peer review will be retained for stage one of this phase as it was well received by applicants previously:

The first New Horizons pilot formed part of UKRI’s wider reforming our business agenda to simplify and streamline processes across the organisation.

The second New Horizons pilot does not officially form part of the reforming our business programme. However, the outcomes of the first phase have allowed EPSRC and the UKRI Simpler and Better Funding programme to consider how the approaches taken can be included in future activities.