Spinouts twice as likely to succeed with funding agency support 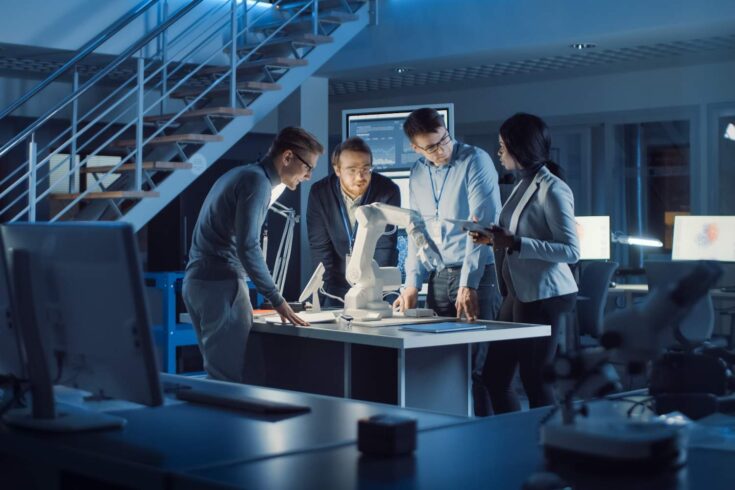 The report has been published by the British Business Bank and UK Research and Innovation, including Innovate UK.

It shows that university spinouts that emerged from research council investments and receive funding from both the British Business Bank and Innovate UK are more likely to have better business and employment outcomes.

The report finds 97% of spinouts, companies that have been developed from a university’s research, that went on to receive funding from the British Business Bank and Innovate UK remain active. This is compared to 49% of those who did not.

The median spinout with support from both the Bank and Innovate UK has 18 employees. This compared to four for spinouts that had not had funding from either, a difference of more than four times.

In fact, 91% of spinouts with funding from both report having employees, compared to only 43% of spinouts not funded by either.

Eight years after incorporation, spinouts with support from both organisations had raised 4.6 external equity rounds on average, compared to 2.9 rounds for those that had not had funding from either.

The median value of this equity investment was £7.3 million, compared to £1.6 million for those not funded by either.

This surpasses expectations from wider market data, which show that approximately 28% of companies who raise an initial funding round manage to raise at least five rounds of finance.

Equity-backed spinouts are found across the UK but those in the so-called ‘golden triangle’ of London, Oxford, and Cambridge secure the most investment.

Widely located across the UK

University and research institution spinouts are located widely across the UK and are considerably less London-centric compared to the wider UK venture capital market.

In fact, the report found that only 17% of spinout companies came from London, with a further 30% from the South East and East of England.

Spinouts outside of London and the South East were less likely to access equity capital, with 40% raising at least one round of external equity. This is compared to 53% of those within the ‘golden triangle’.

As tested in the report, differences in the quality of the research base, effectiveness in creating spinouts, or industrial sectors, do not appear to explain this.

Instead, a lack of access to established finance ecosystems may be hindering companies outside of the ‘golden triangle’.

As the UK’s innovation agency, Innovate UK is focused on delivering products and services to support the innovation journey and to help to make innovative businesses more investable, robust, and able to access capital for growth.

So, I welcome both this report and the strong collaboration with British Business Bank.

The report’s findings reflect my strong personal commitment to a joined up offer to innovative businesses to better exploit the strengths of the UK’s excellent research base.

To drive an innovation-led UK economy, we must be able to form and scale research and development (R&D) intensive innovative businesses.

This report clearly demonstrates the added value of our organisations in supporting better business outcomes.

In understanding how businesses access the support we each deliver and making this process smoother and better coordinated, we will support emerging businesses better and in turn play a key role in driving an R&D intensive economy and delivering better outcomes right across the UK.

Investing in innovation-led businesses, is an essential part of fostering an innovation economy, and central to strengthening the UK’s position as a global science superpower.

The British Business Bank is committed to driving sustainable growth and prosperity across the UK, and our programmes will continue to fund R&D intensive businesses including spinouts from the UK’s universities and research institutes.

By doing so, we will help lead the way in turning UK innovation ambition into a reality.

Businesses that have received funding from both the British Business Bank and Innovate UK demonstrate that there is no standard sequencing of funding events.

This directly challenges the idea of a linear ‘funding escalator’. This is often seen as grants to research institutions, followed by business grant funding, then external equity finance and finally debt finance.

Almost as many businesses (44%) received funding from the British Business Bank before securing any Innovate UK grant funding than they did afterwards (56%). This is across recipients of both the bank’s debt and equity programmes.