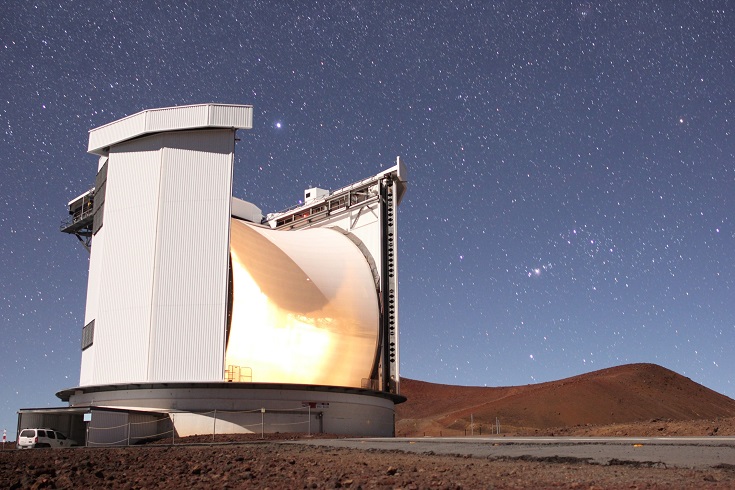 An international team of astronomers, led by the UK, has today announced the discovery of a rare molecule in the clouds of Venus that hints at the presence of microbial life.

Engineers and technicians from the Science and Technology Facilities Council (STFC) played an instrumental role in this discovery, having developed, supported and built key elements of the two telescopes used in the study.

Astronomers have speculated for decades that high clouds on Venus could offer a home for microbes – now this detection of phosphine molecules, which consist of hydrogen and phosphorus, could point to extra-terrestrial ‘aerial’ life.

Venus has for decades captured the imagination of scientists and astronomers across the world.

This discovery is immensely exciting, helping us increase our understanding of the universe and even whether there could be life on Venus. I am incredibly proud that this fascinating detection was led by the some of the UK’s leading scientists and engineers using state of the art facilities built on our own soil.

The team, led by Professor Jane Greaves of Cardiff University, first used the James Clerk Maxwell Telescope (JCMT) in Hawaii to detect the phosphine, and then followed up with the more sensitive Atacama Large Millimeter/submillimeter Array (ALMA) in Chile. ALMA is one of the largest telescopes in the world, consisting of 66 antennas.

Both facilities observed Venus at a wavelength of about one millimetre, much longer than the human eye can see – only telescopes at high altitude can detect this wavelength effectively.

We couldn’t have made the initial discovery without the help and encouragement of the staff at JCMT. I worked there previously, so I know how tough technical work at altitude is, and really appreciate their persistence, and the UK’s support of the telescope over several decades now.

We then got a more detailed view of Venus with ALMA, and that wouldn’t have been possible without the data-wrangling skills of their staff, especially at the ALMA Regional Centre in Manchester, UK.

STFC technicians and engineers have played a vital role in the design and construction of these telescopes.

Groups from the UK Astronomy Technology Centre (UK ATC) and RAL Space, along with university partners, also delivered key instruments to this telescope while it was operated by STFC.

STFC also currently provides funding to a consortium of UK universities to maintain access to JCMT.

STFC has also made a major contribution to ALMA in a number of different ways. The technology department designed, manufactured and delivered the cryostats – or cooling systems – at the heart of each telescope.

RAL Space project-managed the UK overall technical contribution to the ALMA construction and hosted and operated Europe’s Front-End Integration Centre (one of three in the world) where components crucial for the receivers on ALMA that detect the faint radio signals from space have been integrated, tested and delivered to Chile.

The UK ATC led the provision of the essential software ALMA observing tool used by astronomers to specify their observations and played a key role in the ALMA pipeline software that turns raw data taken from observations, into useable information.

STFC’s role in ALMA is made possible through our membership of the European Southern Observatory.

This incredibly fascinating detection is a real testament to the power of modern astronomical facilities operating at millimetre-wavelengths and the scientists that use them.

Observatories such as the JCMT and ALMA have been made possible by UK government investment in major contributions to their construction, instrumentation and operation. Equally important are the outstanding technical and engineering skills present within STFC and UK academic institutes that contributed to the construction of these astronomical facilities.

The development of new technologies is an essential part of scientific discovery. UK technical teams continue to make advances in the instrumentation for these facilities and others, and I look forward to the further exciting discoveries that will emerge in the future.

Any microbes on Venus will likely be very different to their Earth cousins though. While the high clouds of Venus have temperatures up to a pleasant 30 degrees centigrade, they are incredibly acidic – around 90% sulphuric acid. In contrast, on Earth some microbes can cope with up to about 5% of acid in their environment.

The new discovery raises many questions, such as how any organisms could survive. The team believes they can rule out many alternative ways to make phosphine, but they acknowledge that confirming the presence of “life” needs a lot more work.

The team is now eagerly awaiting more telescope time to expand their research.

The new discovery is described in a paper in Nature Astronomy.