STFC invests in next generation of science leaders 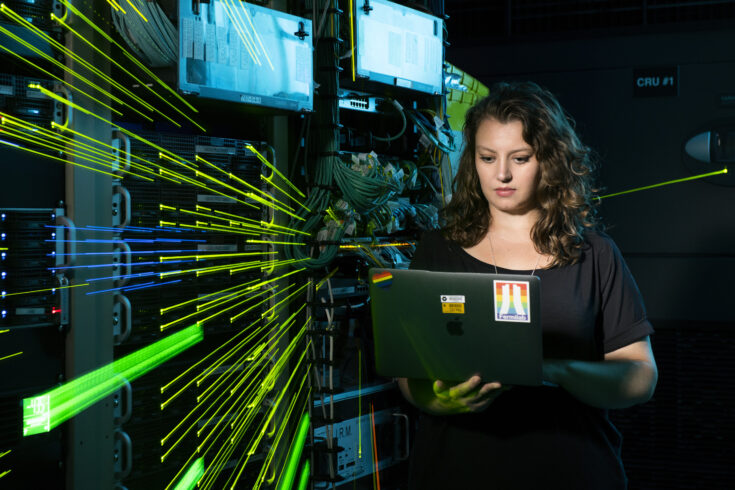 The Science and Technology Facilities Council (STFC) has awarded £5.7 million of funding to support the next generation of science leaders.

The Ernest Rutherford Fellowships are awarded to early career researchers who have leadership potential in their chosen field.

The five-year funding allows talented researchers without an academic position to establish an independent research programme.

This year’s fellows will conduct cutting edge research in a number of areas of science, including:

Aims of the project

The projects aim to answer some of the most fundamental questions in science and push the boundaries of current understanding, such as:

In a year which has shown the life-saving importance of science as we tackle COVID-19, we must capitalise on this innovative spirit and equip our most ambitious early career scientists with the tools they need to become the next generation of leaders in their field.

From understanding dark matter, to exploring the habitability of the solar system, these inspiring fellows we are backing today will help us to solve crucial unanswered questions about the universe, all while cementing the UK’s status as a science superpower.

STFC aims to support outstanding scientists at an early stage of their career, and through these prestigious fellowships these 10 talented researchers can realise their ambitious aspirations.

Fellowships are integral to the UK’s scientific landscape, providing a system by which some of the most driven and innovative minds can pursue an independent research agenda. Each of these scientists has the potential to drive forward current practices and expand our understanding of the universe.

What is the universe made of and how did it come to be?

Almost all stars that our eyes can see in the night sky belong to our galaxy, the Milky Way. Hidden in their motions are clues to the cosmic origins of galaxies and the nature of the elusive dark matter, the invisible matter permeating the entire universe, detected only through gravity.

Unlike in any other galaxy, precise positions and motions of these stars are being measured by large teams of scientists.

Dr Bonaca’s goal is to measure orbits of stars and create matching theoretical models to learn where they come from and what they encountered on their journey.

This programme will study stellar streams, which are groups of stars moving along similar orbits around the Milky Way. Dr Bonaca will:

Clumps of dark matter would punch holes through stellar streams, and Dr Bonaca will look for signatures of this throughout the Milky Way.

What is the universe made of and where does it come from?

Dr Clough will investigate some of the biggest mysteries of the universe, including the properties of:

She will also explore the behaviour of the universe at the earliest times, when even small imperfections may blow up in a chaotic way.

She will use supercomputing techniques to calculate how matter behaves in strong gravity environments to understand how we could have evolved from a messy Big Bang to the state of uniform expansion that we observe today.

How and when did the first lights in the universe appear? How did they drive the evolution of the universe from then onwards?

Dr de Lera is a radio cosmologist, studying the birth of the very first celestial objects and their initial evolution, to try to understand how their new light shaped the universe as we know it today.

By detecting and studying these signals, scientists could learn about the infant times of our universe, which have remained a mystery, like studying a landscape by looking at the shadows casted in the fog covering it.

To do this, Dr de Lera will use a telescope of his own conception, Radio Experiment for the Analysis of Cosmic Hydrogen (REACH). REACH is about to start collecting signals from its base in the Karoo in South Africa.

These elusive particles are everywhere, about 100,000,000 pass through your thumbnail every second, but almost never interact with anything.

Most of the time, we do not notice them at all. That makes them difficult to study, and so neutrinos are one of the least-understood types of particle we know. They could be incredibly important to the make-up of our universe.

Some theories predict that differences in physics of neutrinos and their antimatter equivalent, antineutrinos, could help explain why the universe is made of matter and not antimatter, or even why it exists at all.

The Deep Underground Neutrino Experiment (DUNE), will study neutrinos and antineutrinos with never before seen detail, starting around the end of this decade.

One of the big challenges in studying neutrinos is that they are invisible in particle detectors. We can never see neutrinos directly, only the particles produced when a neutrino interacts with an atom in the detector.

Dr Duffy’s project aims to understand neutrino interactions with argon nuclei, the atom that will be used in the DUNE detectors, in two ways:

Dr Haywood is looking to overcome the main barrier to characterising small planets beyond our solar system and to discovering planets with properties similar to Earth.

Currently, the biggest challenge in examining these small planets is in filtering out the background noise that arises from their host stars. The surfaces of stars are constantly bustling with plasma flows and magnetic fields, which muddles observations of exoplanets smaller than Neptune.

Dr Haywood will overcome this obstacle by studying the Sun to advance current understanding of stars. She will then be able to model the variability of Sun-like stars to a precision well beyond the current limit. Using this information astronomers will be able to decontaminate observations of exoplanets.

Dr Haywood’s work will pave the way to discovering Earth-like planets through the Terra Hunting Experiment, the world’s first observatory to be capable of detecting such planets. Her research will trigger a leap forward in the study of exoplanets and their atmospheres.

How far and deep can we push precision computation in gravity? And what does it fundamentally tell us about gravity theory and its resolution with the quantum world?

Dr Levi’s programme aims to deliver analytical high-precision predictions for real world gravitational wave data. It will also develop our fundamental understanding of gravity from the smallest quantum to the largest cosmological scales.

The programme will address the high demand for accurate theoretical templates of gravitational waveforms from two merging compact objects, such as black holes.

Pushing the precision frontier for gravitational waves is one of the most urgent tasks in theoretical physics today. This is in light of the increasing influx of data from a rapidly growing worldwide network of gravitational wave detectors.

Dr Levi will analytically predict gravitational radiation from such compact binaries, and further develop the use of quantum field theory advances to study gravity.

It is widely accepted that the Standard Model of particle physics is incomplete because it fails to explain several important observations.

To build a more complete picture of the universe, physicists are striving to reveal what lies beyond the Standard Model. This is an important objective of much of the research being done at gigantic particle accelerators.

There is an alternative way to explore the same problem, to measure the shape of an electron. The new forces needed to explain the matter and antimatter imbalance make electrons slightly non-spherical.

This distortion, known as the electric dipole moment, changes the energy of an electron in an electric field, and that tiny change is amplified when the electron is bound to a molecule.

Dr Lim proposes to build an apparatus that uses an array of molecules cooled to microkelvin temperatures to make an extremely precise measurement of the electron’s shape.

With very careful measurements, such table top experiments will enable him to probe energies equal to, or even above, those reached by the particle accelerators.

Dr Madhavacheril seeks to map out the dark matter and ionised gas in the universe using the most ancient light we can see, the cosmic microwave background.

While this old relic radiation from the Big Bang travels towards us, it gets deflected due to the gravitational force of dark matter and scattered due to chance encounters with ionised gas.

By looking for the former ‘lensing’ imprint and the latter scattering effect, he aims to reconstruct the structure and evolution of the dark universe.

With these reconstructed maps of mass and gas in hand, scientists can run the clock backwards and learn about:

Mars and Earth are the only planets in our solar system that we know host liquid water either in the surface or subsurface and are in the habitable zone of the Sun. Comparisons between them, and with other terrestrial planets, allow us to investigate the requirements for the habitability of a system.

However, a critical aspect that determines the actual habitability of a planet is its interaction with the solar wind, the plasma from Sun’s atmosphere that expands away from the Sun.

This interaction controls how and how much atmosphere is lost into space, how upper atmospheres dissipate energy from the solar wind, or how much radiation can reach the surface of a planet.

Dr Sanchez-Cano will investigate the dynamic response of the upper atmospheres to solar wind and space weather of:

Particle physics phenomenology and the experimental activities at CERN’s Large Hadron Collider seek to explain shortcomings of the Standard Model of particle physics.

Some of the possible explanations involve:

We have seen tantalising hints that such new effects change the decays of beauty quarks into strange quarks. Dr van Dyk will focus on these very rare decays, which happen only once in every 10 million beauty quark decays.

Dr van Dyk aims to apply new mathematical methods he has developed to determine if present and upcoming experimental data does show the effect of forces beyond the Standard Model.