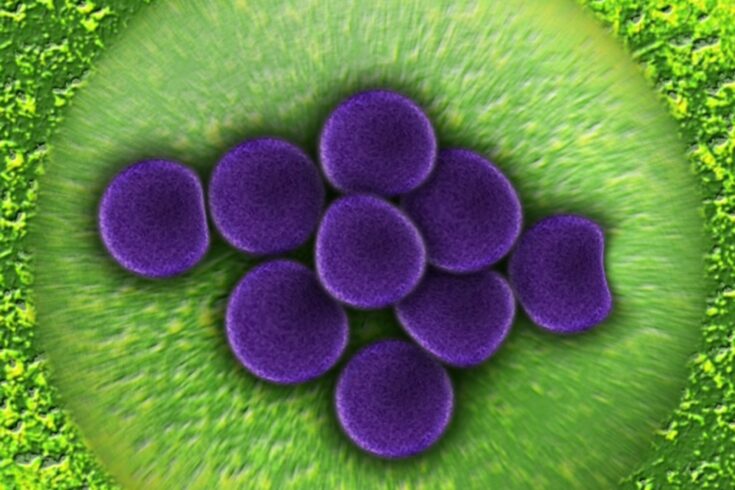 Scientists have used high resolution microscopy techniques at the Science and Technology Facilities Council’s (STFC) Octopus imaging cluster to investigate the properties of a compound which kills antibiotic-resistant superbugs.

The research team, led by The University of Sheffield, developed a new compound that has killed antibiotic-resistant bacteria, such as methicillin-resistant Staphylococcus aureus (MRSA) and E.Coli, during tests. The compound has been able to kill both gram-negative and gram-positive bacteria.

Doctors have not had a new treatment for gram-negative bacteria in the last 50 years, and no potential drugs have entered clinical trials since 2010, so this research could lead to new treatments for these antibiotic-resistant superbugs.

Gram-positive and gram-negative bacteria have different cell wall structures, but the new antibiotic compound is able to pass through the cell wall of both forms of bacteria and then bind to the DNA.

The research team used a specially developed dye to show fluorescence in the compound.

Dr Jorge Bernardino de la Serna from Imperial College London was part of the research team, bringing expertise from his former role as a spectroscopist at CLF and continuing visiting scientist at the facility. He said:

The cellular laboratories at CLF, equipment capabilities and know-how of the experienced staff within Octopus has been instrumental to be able to resolve the mechanism of action of this antimicrobials at the nanoscale.

The University of Sheffield’s Professor of Bio-inorganic Chemistry Jim Thomas led the research team. He said:

The identification of these novel antimicrobials and their mode of action has been greatly accelerated by the intrinsic luminescent properties. To be able to probe their uptake, intracellular localization, and directly see how they kill bacteria at the amazing resolutions supplied by STED has been a huge catalyst in their development.