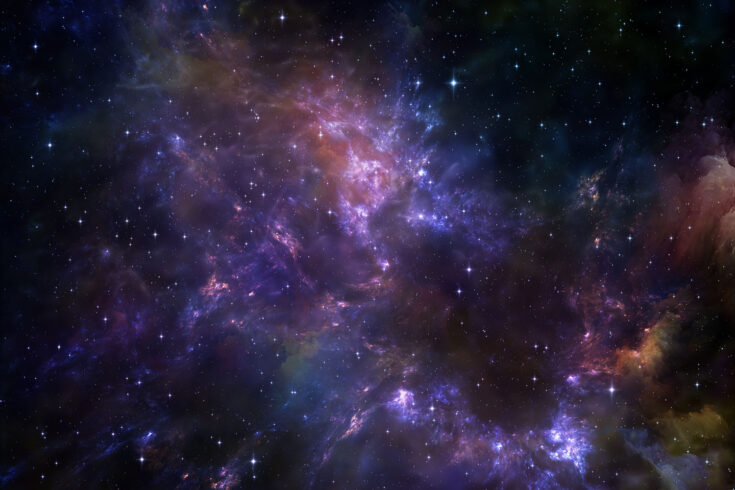 Scientists at the Science and Technology Facilities Council’s (STFC) Rutherford Appleton Laboratory (RAL) in Oxfordshire will provide the design for a new instrument. This will open our understanding of dark matter and allow us to observe gravitational waves in an entirely new frequency range.

A £7 million funding injection for the Atom Interferometry Observatory and Network (AION) will help to develop a partnership with the Fermi National Laboratory in the United States. This will create a network between two instruments.

The network is led by researchers from Imperial College London.

Atom interferometers will use the wave-like behaviour of matter particles to detect even smaller disturbances, including the ‘stretching’ of space-time itself, with recent advances in the preparation of ultra-cold atoms.

The AION network aims to scale up the interferometer to detect both gravitational waves and subtle effects on the movements of atoms due to the presence of dark matter in the universe.

The RAL team is responsible for the design of the detector assembly for the new atomic interferometer, including the 10 metre-long vacuum tube, thermal shield and magnetic field.

The team is uniquely placed to meet this challenge with its experience in the design of other sensitive detectors. The team will collaborate with colleagues from University of Oxford on the deployment and installation of the detector.

Rutherford Appleton Laboratory is an ideal place to work on the AION project as it requires expertise in designing and building an ultra-sensitive apparatus at large scale.

At RAL this can be achieved thanks to bringing together scientists and engineers from across the lab working on the table-top and hyper-large experiments around the world.

Working with Imperial College, the RAL team is also responsible for key aspects of the control and optical systems used to prepare and transport ultra-cold atoms into the apparatus.

This can be done thanks to its world-leading expertise in the design of atomic physics instruments for use in space.

The AION project will identify and solve the scientific and engineering challenges in building such a device.

This will construct interferometers of around 10m, 100m and eventually 1km in length, capable of making new measurements and discoveries about the universe at both the largest and smallest scales.

Imperial College London’s Professor Oliver Buchmueller is the principle investigator for the AION network. He said:

AION is a uniquely interdisciplinary mission that will harness cold atom technologies to address key issues in fundamental physics, astrophysics and cosmology that can be realised in the next few decades. 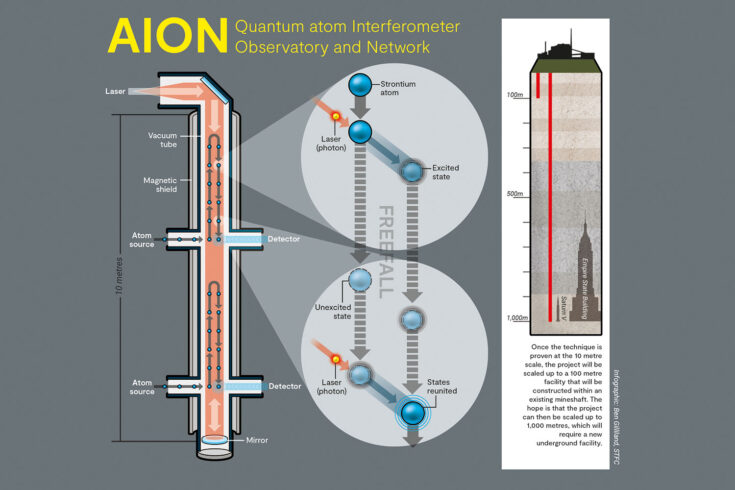 The project is being funded through the UK Research and Innovation’s (UKRI) Quantum Technologies for Fundamental Physics programme.

This will allow a network of strontium labs to be developed with university partners across the UK to exchange knowledge and techniques between atomic physics and laser experts throughout the UK.

As well as directly supporting the construction of a UK atom interferometer, it will also provide input to cooperating international projects, and enabling other technological spin-offs.

As we build back better from the pandemic, it’s critical that we throw our weight behind new transformative technologies, such as quantum, that could help to unearth new scientific discoveries and cement the UK’s status as a science superpower.

Today’s funding will enable some of the UK’s leading universities to develop a state of the art quantum facility, based in Oxfordshire, to conduct large scale experiments that will help our most ambitious quantum researchers to detect sources of gravitational waves and collisions between black holes far away in the universe.

UKRI is supporting seven projects with a £31 million investment to demonstrate how quantum technologies could solve some of the greatest mysteries in fundamental physics.

The projects are supported through the Quantum Technologies for Fundamental Physics programme, delivered by STFC and the Engineering and Physical Sciences Research Council (EPSRC) as part of UKRI’s Strategic Priorities Fund.

The programme is part of the National Quantum Technologies Programme.