Taking another look at a cancer culprit 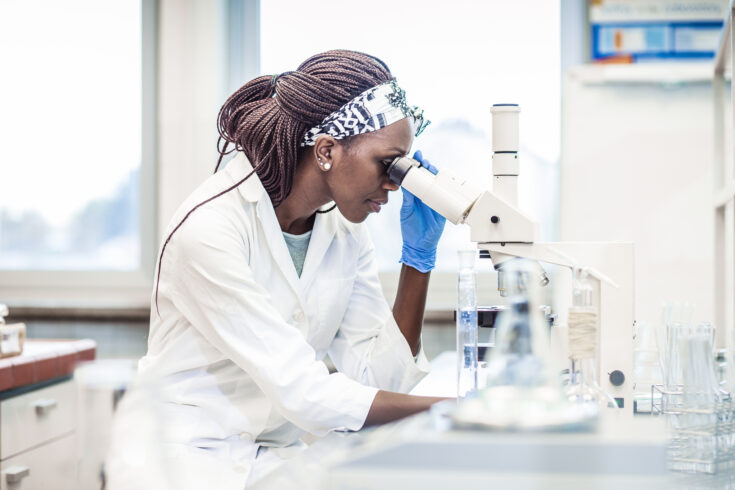 Researchers at STFC have gained new insights into the behaviour of a cancer-causing protein, which could pave the way for new cancer therapies.

The insights gained from neutron reflectometry and other techniques at the Science and Technology Facilities Council’s (STFC) ISIS Neutron and Muon Source have led to a significant breakthrough in the understanding of the protein.

The cell circle of life

The cells in our body are constantly undergoing complex molecular interactions involving proteins to keep us functioning and well. Cell death is one cellular process requiring these interactions.

There are two forms of cell death:

Cell death is a normal part of cellular life, for example helping to prevent cancerous tumours, or specifying the webbing between our fingers as we grow in the womb.

Interactions between proteins occur at a very small scale inside the cell and at the cell’s membrane so it is hard to get a picture of their behaviour and structure. The average diameter of a protein would fit into the diameter of a human hair 10,000 times.

By working with the team at STFC’s ISIS facility, and colleagues at other European research facilities, the researchers were able to use an innovative combination of techniques to:

One of the techniques used was neutron reflectometry on the SURF reflectometer at ISIS.

Neutron reflectometry bounces neutrons off a flat surface to provide information about the thickness, density, and roughness of anything on the surface. In this case, applying this technique to the cell surface to observe the Bcl-2 protein.

The programmed form of cell death is controlled by a number of signalling events inside and outside of our cells that are brought about by molecular interactions. A family of proteins known as B-cell lymphoma 2, or Bcl-2 for short, help to regulate the process.

Family life needs balance, and this is true for the Bcl-2 family too. Some family members are cell-protecting and others are cell-eliminating and it is important that cells maintain a balance of these to stay healthy.

Overproduction of the cell-protecting Bcl-2 members can interrupt the delicate balance and inhibit signals for cell death. This can allow cancerous cells to continue to grow and become unresponsive to cancer treatment.

The experiments on SURF allowed the researchers to find the relative distribution of Bcl-2 protein across the cell membrane. They showed that the protein sits cosily in the membrane rather than outside on the surface of the membrane.

The NMR spectroscopy experiments suggested that part of the protein used as a molecular switch, so important for signalling in cell death, might be located on or close to the membrane interface. However, the main protein body that blocks the cell-eliminating partners, is restricted within the membrane.

Together, their experiments have led to a significant breakthrough in the understanding of how Bcl-2 exerts its cell-protecting function at the membrane level by simply inhibiting cell-eliminating family members there.

By integrating neutron reflectometry (NR) and Nuclear Magnetic Resonance spectroscopy we were able to uncover the location and behaviour of the Bcl-2 protein in its native membrane.

It is a breakthrough, not only in understanding the molecular cell-protecting function of Bcl-2, but also its notorious role in cancers, thereby making this protein a prime target in the hunt for novel cancer therapies.

Together with ISIS, we will now unravel the active state of Bcl-2 protein when caught in the act of binding cell-killing proteins at the membrane.

Following on from this exciting breakthrough, the aim is to use future studies at STFC’s ISIS facility to discover how the position of Bcl-2 in the membrane is related to the way that it prompts cell death.

This will ultimately lead the way for future cancer therapies and anti-cancer drugs.