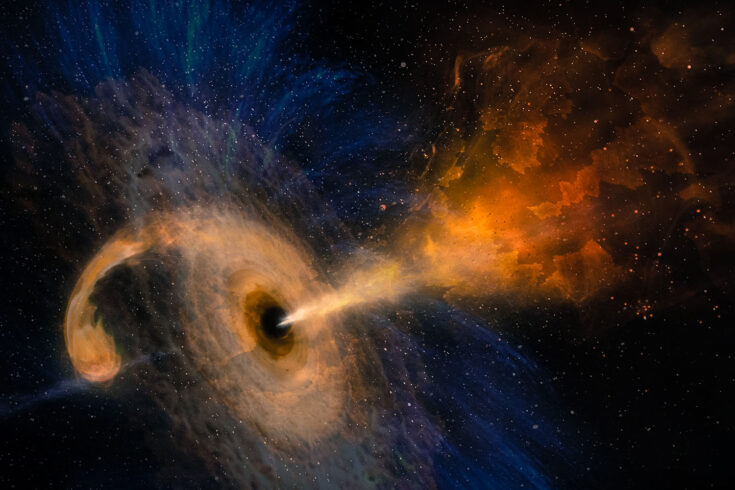 All the elements on Earth, from those that create humans to the air and even the jewellery we wear, all come from cosmological phenomena like exploding stars.

Scientists have now discovered a new type of cosmic explosion that is likely to have created elements, such as oxygen, iron and gold, in our galaxy’s earliest stars.

Meaning, the gold jewellery you own may be made of star dust as old as the earliest era of the Milky Way.

Science worth its weight in gold

The study found evidence that one of the most powerful explosive events in our universe produced heavy elements in the earliest era of the Milky Way. The discovery was made using the Sky Mapper Telescope in Australia.

The event, called a magnetorotational hypernova, is a spinning, super-energetic supernova created by the collapse of a massive star.

Dr Chiaki Kobayashi, co-author and Reader in Astrophysics at the University of Hertfordshire, said:

We would like to understand where we come from. The elements which compose our human bodies come from stars. But what about mobile phones, which contains previous metals such as copper, silver, and gold?

Ancient stars we can observe only with big telescopes are amazing as they have recorded the history of the universe like fossils in archaeology. The discovery of this star is proof that these elements come from an explosion of a massive star, probably 25 times more massive than the sun, about 13 billion years ago.

The research conducted by Dr Kobayashi was supported by the Science and Technology Facilities Council (STFC), part of UK Research and Innovation. It was supported through a nuclear astrophysics consortium Bridge the Disciplines related to the Galactic Chemical Evolution.

The STFC-supported study follows on from pioneering analysis international team of female astrophysics in 2020.

The all-female team led by Dr Kobayashi analysed the origins of all the elements in the periodic table. Their research concluded that spinning supernovae are most likely to be responsible for creating the abundance very heavy elements such as gold in the cosmos, rather than neutron star collisions as previously believed.

This type of hypernovae also produced the light elements formed during massive star evolution and the iron-peak elements generated by explosive nuclear burning.

The discovery of the precious star, known as SMSS J200322.54-114203.3, was made using the SkyMapper Telescope. This was led by co-authors David Yong and Gary Da Costa from Australian Research Council Centre of Excellence in All Sky Astrophysics in 3 Dimensions, at the Australian National University.

The elements were measured by the 6.5-m Magellan telescope at the Las Campanas Observatory in Chile and European Southern Observatory’s Very Large Telescope.