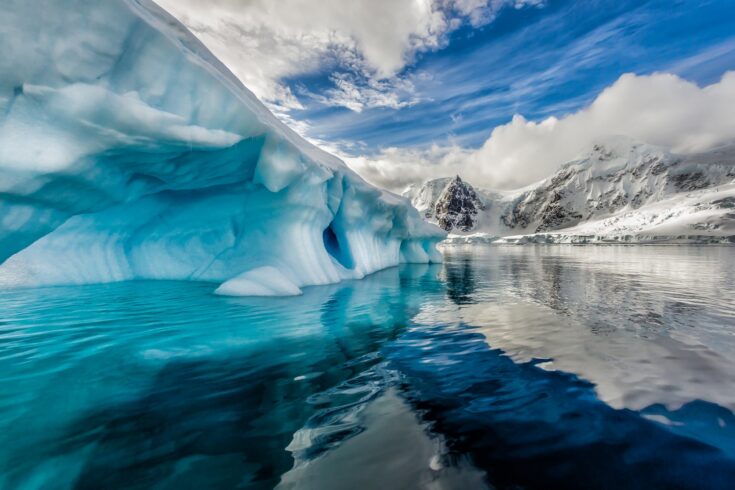 The UK is investing in modernising its Antarctica and Arctic research facilities, with total funding of £670 million, including £290 million announced today.

As a world leader in polar science, UK research conducted in the region is of global importance.

Investing in this research is crucial in helping us to understand:

The importance of research in both Antarctic and Arctic regions has been underpinned by an investment by the UK of £670 million for infrastructure improvement.

This is in addition to existing science funding activity.

This investment is transforming how British Antarctic Survey (BAS) facilitates and supports frontier science in the polar regions.

This ambitious group of projects will confirm Britain’s continued position as a world leader in the field of polar environmental science.

The projects are commissioned by the Natural Environment Research Council (NERC) part of UK Research and Innovation (UKRI), and funded by the Department for Business, Energy, and Industrial Strategy (BEIS).

The Antarctic Infrastructure Modernisation programme (AIMP) has so far delivered:

BAS is building a new science support facility at Rothera Research Station to be used as a support facility for researchers along with new modern collaboration spaces. This is alongside upgraded aircraft facilities.

This will secure next generation polar science over the next 25 years.

The programme will contribute to the UK’s key priorities and will ensure the delivery of cutting-edge science and innovation in Antarctica.

Specifically, it will build on the UK’s position as a world leader for polar science.

Research undertaken on these continents answers globally significant questions, improving our understanding of our planet, climate change and polar science.

Over the coming decades, UK polar scientists will address some of the most important questions facing our changing planet, particularly the impact of melting ice sheets on global sea level.

The modernisation programme will enable collaboration with international partners, influencing the global climate change debate as we build on the UK’s environmental leadership beyond COP26.

This new investment is part of a wider, long-term programme of renewal of the UK’s polar infrastructure that includes the new polar vessel, the RRS Sir David Attenborough, and the replacement of the UK’s Rothera buildings with modern, low-energy accommodation and laboratories.

It will future proof the air bridge with South America and the Falkland Islands.

The renewal programme recognises the central role of the Antarctic in future climate change and the commitment of the UK to maintain its leadership of polar science.

Investing in Antarctic infrastructure means we can secure the future for the next generation of polar scientists.

It means BAS can continue to be a world leader for polar science, addressing issues of global importance and helping society adapt to a changing world.

The British Antarctic Survey has provided a permanent British scientific presence in Antarctica for the past 60 years, undertaking a vast range of science, which includes discovery of the ozone hole and an ongoing major project to study the stability of the West Antarctic Ice Sheet.