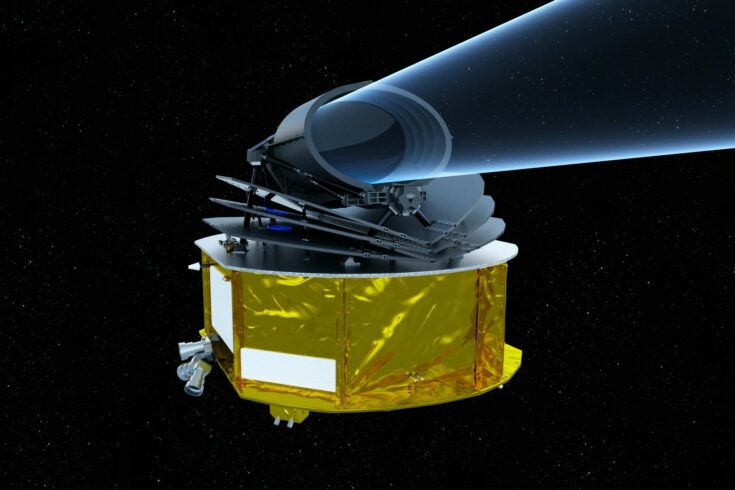 The European Space Agency (ESA) has today given the go-ahead for UK-led space telescope Ariel, the first mission dedicated to studying exoplanets.

Its mission is to understand the links between a planet’s chemistry and its environment by charting more than 1,000 known planets outside our Solar System. This will give scientists a clearer picture of:

More than 50 institutes from 17 countries have been working over the past five years to develop the science goals and design the instrumentation for the Atmospheric Remote-sensing Infrared Exoplanet Large-survey, or Ariel.

UK contributions to Ariel have been funded by the government through the UK Space Agency.

Thanks to government funding, this ambitious UK- led mission will mark the first large scale study of planets outside the solar system, and will enable our leading space scientists to answer critical questions on their formation and evolution.

It is a testament to the brilliant work of the UK space industry, our incredible scientists and researchers led by University College London and RAL Space and our international partners that this mission is ‘lifting off’.

I look forward to watching it progress towards launch in 2029.

UK institutions have played a critical role in the leadership and planning for Ariel, including:

This represents the culmination of lots of preparatory work by our teams across the world over the last five years in order to demonstrate the feasibility and readiness of the payload.

We now go full speed ahead to fully develop the design and start building prototypes of the instrumentation on the spacecraft.

Ariel will be the first mission dedicated to measuring the chemical composition and atmospheric thermal properties of hundreds of transiting exoplanets. It will give us a picture of a diverse range of exoplanets: from extremely hot to temperate, from gaseous to rocky planets orbiting close to their parent stars.

We are the first generation capable of studying planets around other stars. Ariel will seize this unique opportunity and reveal the nature and history of hundreds of diverse worlds in our galaxy. We can now embark on the next stage of our work to make this mission a reality.

By looking specifically at hot planets, scientists are expecting to build an understanding of the formation of planets and their evolution.

At hotter temperatures, which in some cases can be more than 2000’C, a greater number of exotic molecules will be visible to Ariel.

The instruments will then be able to determine what the atmospheres are made from and provide scientists with a unique insight to the planet’s internal composition and the formation history of the planetary system.

The mission has passed major feasibility reviews and has now been formally adopted into ESA’s programme of future mission, and is now slated for launch in 2029.

Find out more on the UK Space Agency website.