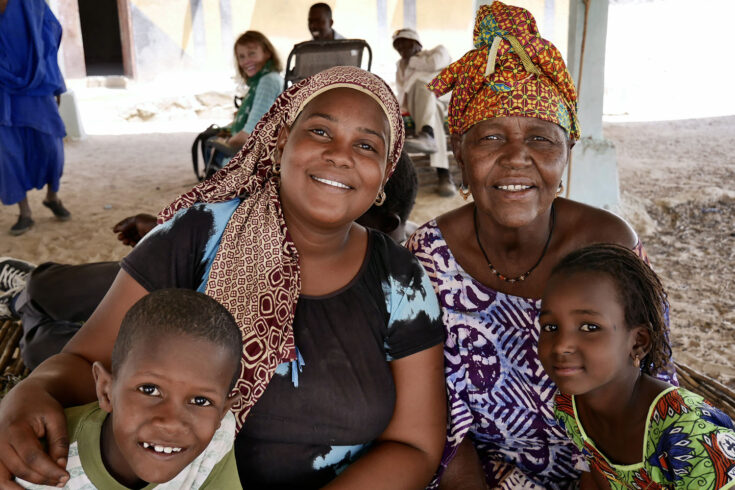 The World Health Organization (WHO) has adopted a change of direction in its roadmap to fight parasitic blood flukes in Africa. This gives fresh hopes that a major disease of poverty can be eliminated by 2030.

The new strategy has been informed by the findings of UKRI-funded multidisciplinary research which shows how the parasitic flukes causing schistosomiasis to transmit between animals and people in Africa.

Schistosomiasis is a major neglected tropical disease (NTD) of both people and animals, with over 220 million people and untold millions of livestock infected worldwide.

While over 200,000 people die from schistosomiasis each year, its major effects are disabling. In children it causes, among other things, anaemia and stunting. The disease also has profound economic and wellbeing impacts for poor livestock-keeping communities.

In Africa, despite almost 20 years of mass administration of an anti-parasite medication targeting, predominantly, school-aged children, schistosomiasis remains extremely high in some regions.

The research was led by a team at the Royal Veterinary College (RVC) in partnership with teams from Senegal and Niger in West Africa.

It was jointly funded by:

It saw scientists combining parasitological, epidemiological, molecular, clinical and environmental data to determine the occurrence and distribution of the different fluke species that lead to disease.

Findings showed the widespread nature of the disease. Up to 88% of children and adults were infected with the flukes in the study areas and up to 94% of livestock. More than half of the wildlife the team sampled were also infected. 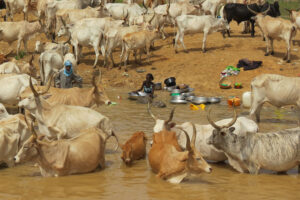 The team also found novel types of flukes in people that were viable hybrids between the urogenital type of human parasite with the intestinal type found in domestic livestock. These were often extremely high numbers. Convincing evidence pointed towards their origin being zoonotic spillover from livestock.

Zoonotic spillover is the term used when a pathogen such as a parasite or virus jumps species from an animal to a human.

It was a zoonotic spillover that started the COVID-19 pandemic.

Hybrids between different livestock flukes were also found to infect both people and livestock. Likewise, for another of the human fluke species, identical fluke types were found in people, rodents and snails in the same areas. This showed strong evidence for shared parasite transmission between animals and people.

In parts of Asia, human schistosomiasis has long been understood to have a zoonotic origin.

However, in sub-Saharan Africa the role of animals in transmitting the parasite and the implications this may have for disease control have been largely ignored.

This was particularly so for schistosoma haematobium, the parasite behind urogenital schistosomiasis.

The research results highlighted the need for all potential host species of the parasite to be included in future schistosomiasis control efforts within Africa and beyond.

They have informed the new WHO NTD 2021 to 2030 roadmap and the WHO control and elimination of schistosomiasis guidelines. These stress that an approach involving both animal health and human health experts must inform interventions to achieve disease elimination.

This approach is known as a One Health approach.

Research revealed the implications for control

Professor Joanne P. Webster of the RVC who led the research said:

This research revealed the multi-host, multi-parasite aspects of the disease and the potential implications for control.

It emphasises that a truly multidisciplinary One Health perspective must be implemented to achieve both the 2030 WHO roadmap targets of elimination as a public health problem and ultimately towards interruption of schistosomiasis transmission.