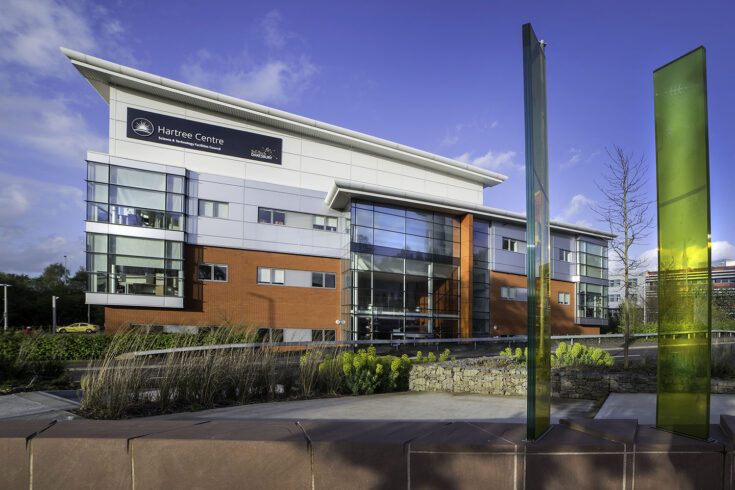 The UK programme to deliver fusion energy has been given a boost by a new collaboration between the Science and Technology Facilities Council (STFC) and the UK Atomic Energy Authority (UKAEA).

Under the collaboration, STFC and UKAEA (GOV.UK) will launch a centre of excellence in extreme scale computing in fusion. This will be located at STFC’s Hartree Centre, at its Daresbury Laboratory in the North West of England.

STFC’s Hartree Centre is home to some of the most advanced computing, data and artificial intelligence (AI) technologies in the UK. UKAEA is a global leader in fusion energy science and technology. This collaboration will enable UKAEA to locate staff at the Hartree Centre and to grow sophisticated computing capabilities for the delivery of commercial fusion.

Overcoming challenges for a low-carbon future

Fusion energy is highly attractive as part of future low-carbon energy supply, but there remain technical challenges to be overcome. These include:

This collaboration will apply the latest computing systems and world-leading supercomputing and data science expertise at STFC to address some of these challenges.  These include:

These sophisticated models, running on supercomputers, are a key element for helping scientists and engineers to develop viable reactor technologies ‘in-silico’ (in the virtual world). This is done rather than via expensive, real world prototyping.

The converging landscape of supercomputing and AI, combined with this unique collaboration, will accelerate the technology roadmap. This is needed to make clean energy from fusion a reality and will establish the UK as an international leader in applying extreme scale computing to fusion engineering design.

UKAEA and STFC, which is part of UK Research and Innovation (UKRI), are using complex modelling and simulation to progress understanding of fusion. This requires leading technical capabilities and access to the world’s largest supercomputers, which STFC’s Hartree Centre has already brought to bear across many other fields.

A major theme for the collaboration will be to exploit the predicted confluence of high-performance computing and AI at the ‘exascale’, a turning point in computing. Some have suggested that computers, capable of performing one quintillion mathematical operations per second (or an ‘exaflop’), will have a power comparable with the human brain.

The establishment of the joint centre of excellence in extreme scale computing in fusion at Daresbury Laboratory will also give UKAEA a base of operations in the North of England. Located at Sci-Tech Daresbury in the Liverpool City Region, this will be closer to its new fusion technology facility in South Yorkshire.

The Hartree Centre and UKAEA each have extraordinary world-leading capabilities in their fields, so this unique relationship can really accelerate the vital mission of developing sustainable fusion energy, which we believe will play a key role in our low-carbon future.

This new centre will allow fusion specialists to work shoulder to shoulder with our own scientists and engineers to co-design tools and methods for accelerating the UK fusion programme. Our relationship will further enhance our current collaborations with ATOS, Nvidia, IBM and other vendors.

We are as excited as UKAEA about the UK government’s prioritisation of fusion energy in their ‘ten point plan for a green industrial revolution’. Our own roadmap is strongly aligned with this document, and we believe strongly that Hartree Centre has unique, world-class expertise that will be essential for the timely delivery of commercial fusion energy.