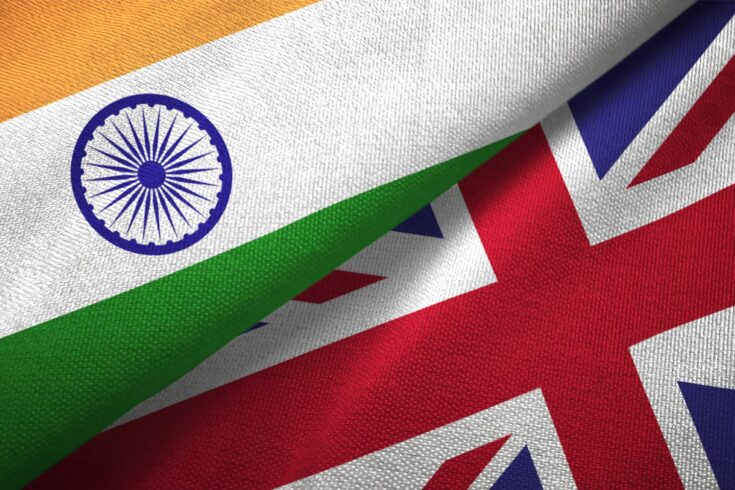 The 2030 roadmap was agreed between the two Prime Ministers in May 2021 as a shared ambition over the next decade, highlighting areas of bilateral cooperation ranging from:

Further details on these projects

With the strategic ambition to strengthen UK-India efforts on offshore wind energy, UKRI has funded scoping projects. This includes a technical report led by ORE Catapult and strongly supported by NIWE’s unique capabilities.

This partnership will facilitate future collaborative research and technology development, which will help unlock green, affordable energy while helping boost the supply chain opportunities in India and the UK.

India-UK collaborations in cultural heritage and the creative industries

The Prime Ministers looked forward to deepening research collaboration in cultural heritage and the creative industries.

AHRC also announced four impact and engagement projects under the themes of cultural heritage and creative industries. This is part of the UK’s partnership in India’s celebration of 75 years of independence in 2022.

The roadmap focusses on policy and market assessment of electric two-wheeler vehicles in India.

It acts as a practical springboard for building and strengthening stakeholder relationships in industry and local government between the UK and India.

It also creates an evidence-based framework to enable on-the-ground pilots and scaling up of shared electric mobility models in Indian cities.

Building on the roadmap’s ambitions

I am very pleased that UKRI’s efforts with our partners in India build so clearly on the ambitions set by the 2030 roadmap.

Each activity welcomed by the Prime Ministers celebrates the excellence and expertise in the UK and Indian research and innovation systems, and our joint ability to deliver these efforts seamlessly as unified UK-India teams.

I am confident that these and other UKRI-India initiatives will continue to boost our collaboration across the remit of UKRI.

The partnership between India and the UK is a brilliant example of how international research and innovation collaboration plays a vital role in exploring solutions to global problems, from sustainable fashion to reducing air pollution.

Sharing our expertise, knowledge, and experience through partnerships has brought positive benefits across India, the UK and globally, and we look forward to building on those successes in the years ahead.