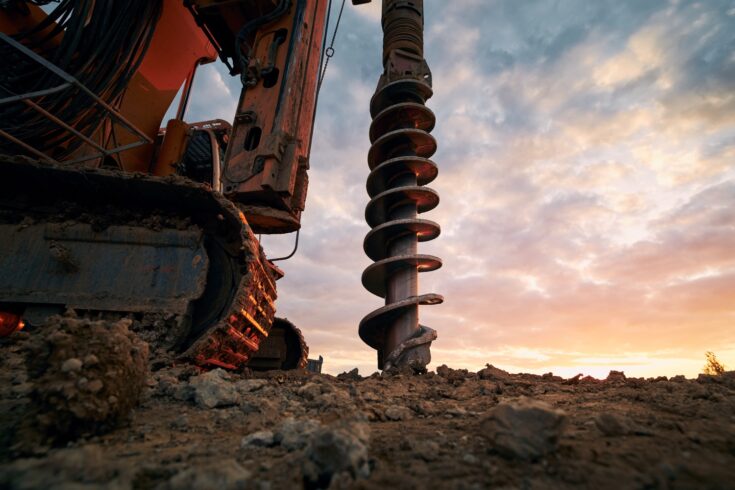 The UK Geoenergy Observatory in Glasgow that will give scientists an unprecedented look at the Earth’s subsurface, has had its virtual opening today.

The team behind the facility, the first of two new underground laboratories, says it will contribute to the UK’s ambition to decarbonise its energy supply and achieve net zero by 2050. The facilities are funded by UK Research and Innovation (UKRI).

Scientists around the world are now invited to apply to use the facility from March 2021, in line with COVID-19 restrictions.

The Glasgow observatory comprises 12 boreholes, which are 16-199m deep and fitted with 319 state-of-the-art sensors.

Data from the observatory will help scientists understand the subsurface better, and how heat using warm water from abandoned mines could be used as a renewable energy source for homes and industry.

A second observatory is planned for a site in Cheshire.

The following regions all have flooded, abandoned mines that could be tapped to supply local communities or industry with heat:

One problem with the take up of geothermal has been the risk involved:

The UK Geoenergy Observatories will address those risks by providing fundamental information about the subsurface.

Together, the observatories represent a £31 million investment by the UK government through the Department for Business, Energy and Industrial Strategy (BEIS).

They were commissioned by UKRI’s Natural Environment Research Council (NERC) and delivered by the British Geological Survey (BGS), which will run the sites and manage their data.

The Glasgow observatory was officially opened during a virtual event.

Building on the past

The Glasgow observatory builds on the city’s industrial past.

The data from Glasgow’s abandoned mines will help us understand the processes and impacts of a mine water heat source and potential heat store as a sustainable way of heating homes and businesses in our cities.

Over the next 15 years, the network of boreholes will monitor any changes in the properties of the environment below the surface, and help close the knowledge gap we have on mine water heat energy and heat storage.

While today is the official opening, the Glasgow observatory has been supplying scientists with open access data since drilling began in 2018.

There is no other publicly-funded observatory like this in the world, and it is very fitting that it is located in Glasgow, which will host COP26 next year.

The Glasgow observatory is the first of our UK observatories that will create a high-resolution understanding of the underground system, providing a breakthrough in our knowledge of what lies beneath us.

Heat from mine water is one form of geothermal energy, and it has great potential to help the UK decarbonise its heat supply and meet net zero targets.

This £31 million investment is part of the UK’s national capability for world- class science, and will give the government, industry and regulators the knowledge required to understand how our underground might be used to power the future.

As we approach the COP26 summit in Glasgow in November 2021, today’s event demonstrates how UK research is bringing our communities together to create solutions to climate change and enable the UK to reach net zero by 2050.

It makes sense that the UK’s first geoenergy observatory is in Glasgow, given Scotland’s geology is world famous.

This observatory will be absolutely key for scientists to advance the study of renewable energy and is a great example of how Scotland is leading the way in energy innovation and investigating the viability of alternative energy sources.

For more information, or to view the data from the Glasgow observatory, visit the UK Geoenergy Observatories website.

The boreholes range in drilled length from 16 to 199m. They have been positioned so that scientists can:

What information are the sensors collecting?

What is geothermal energy?

Visit the BGS website for more information and videos.

BGS and Coal Authority have released maps which, for the first time, reveal the extent to which heat is stored in Britain’s abandoned coal mines.

What is net zero?

In 2019, the UK government became the first major economy to pass legislation committing to bring all greenhouse gas emissions to net zero by 2050.

Net zero means any emissions would be balanced by schemes to offset an equivalent amount of greenhouse gases from the atmosphere, such as planting trees or using technology like geothermal energy.