UK’s only research station in the Arctic celebrates 30 years 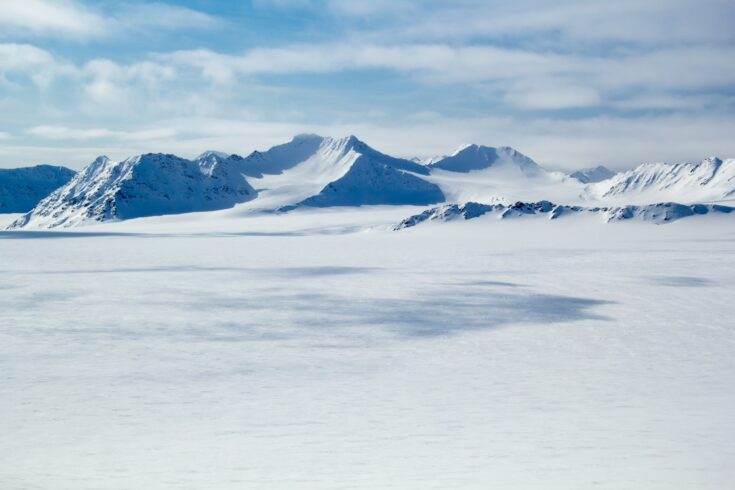 The Arctic Station in Ny-Ålesund, Svalbard in Norway, the UK’s permanent Arctic research facility, has celebrated its 30 years anniversary this week.

The facility continues to undertake critical research into how climate change is impacting the pristine environment, with the Arctic warming three times faster than the rest of the world.

The Arctic station is funded by the Natural Environment Research Council (NERC) and operated by the British Antarctic Survey (BAS).

It was formally established in September 1991.

It comes at a critical time when Arctic science has never been more important on the eve of the UN Climate Change Conference (COP26) in Glasgow in November.

The Arctic is experiencing climatic warming three times faster than the rate of the rest of the world.

Average temperatures in Svalbard have increased by 4°C in the three decades since the station was established. The local area and its wildlife are experiencing rapid changes including:

The station, named ‘Harland Huset’ (Norwegian for ‘house’), is located in the international science community at Ny-Ålesund, Svalbard, Norway.

Part of the northernmost permanent civilian settlement in the world at nearly 79°N, the station is 1,230km or 765 miles from the North Pole and 3,083km or 1,916 miles from London.

A science base to thousands of researchers

The station has supported:

Happy birthday to the NERC Arctic Research Station and many congratulations on 30 years of fantastic and influential Arctic science by British researchers.

We look forward to many more years to come.

Understanding the breadth and depth of environmental change in the polar regions is crucial to help us gauge the health of the planet as a whole.

In the year the UK is hosting COP26, investment in environmental science has never been more important.

Congratulations to the NERC Arctic Station and the researchers who have worked there over the last three decades, who are all playing their part in this critical task.

Nicholas Cox, who has been the Station Leader since 1991, said:

It has been a great pleasure to work with so many committed and friendly researchers over the last three decades, helping them to get their science done as safely and effectively as possible.

The level of international collaboration between scientists in Ny-Ålesund has been absolutely key to its success and long may it continue.

The station is open to researchers from across the UK, as well as their international colleagues.

It is dedicated to supporting a wide range of glacier, land, marine and atmospheric science, as well as engineering and innovation research.

Investment by UKRI to coincide with this 30th anniversary will see a range of cutting-edge kit. This includes remotely operated and autonomous vehicles available for use in the nearby Kongsfjorden, extending the reach and range of their activities for the next generation of Arctic scientists.

Modern-day travel means that the station can now, weather permitting, often be reached in 36 hours from the UK, rather than the many days it took in the early 1990s.

It now benefits from:

Whilst the station may be less remote, it has never had a more important place in helping us to understand the Arctic.