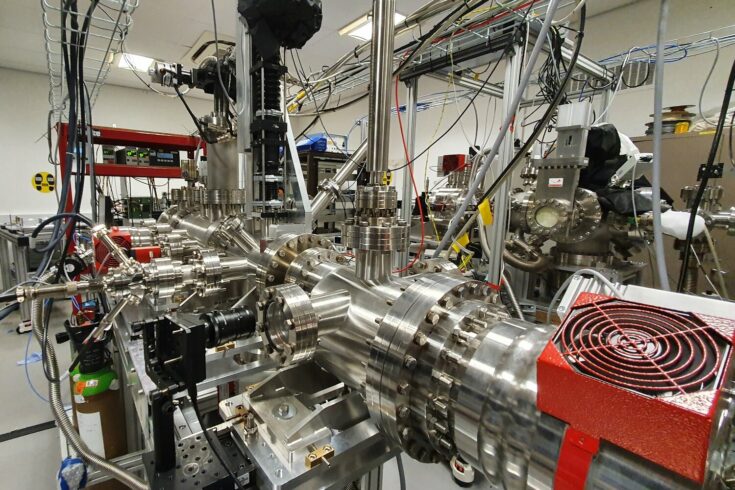 Scientists, engineers and technicians from the UK have embarked on a £26 million project to help upgrade the Large Hadron Collider (LHC) at CERN, on the French/Swiss border near Geneva.

The collaboration is between:

Ever since it first switched on in 2008, CERN’s LHC has been working to answer some of the most fundamental questions of the universe.

I am delighted that the UK’s science and research industry will play a central role in upgrading what is the world’s largest and highest energy particle collider, enabling leading physicists to continue making monumental discoveries.

It will upgrade the LHC by increasing the number of particle collisions by a factor of 10.

This will allow enable scientists to look for new, very rare fundamental particles, and to measure known particles like the Higgs boson with unprecedented accuracy.

Phase two of the UK project, called HL-LHC-UK2, is focused on delivering essential hardware to the upgraded collider, with many parts expected to come from UK industry.

Essential hardware and project management will be provided by STFC’s Daresbury Laboratory in the Liverpool city region, in partnership with other project partners and UK industry.

This is a significant undertaking, yet one with fantastic benefits for the UK. The aim is for this project to involve UK industry at every stage, with specialist companies being invited to bid for contracts to manufacture high-tech components.

Visible matter (you, what you see around you, and all the stars and planets in space) makes up just 5% of our Universe.

The remaining 95% is thought to be dark matter (27%) and dark energy (68%) but physicists have not yet detected either.

It is hoped that the increased luminosity of HL-LHC will enable researchers to find clues that could solve the mystery of dark matter.

The universities involved in the consortium are:

The lead partner in the collaboration is The University of Manchester.

STFC is responsible for the project management and Lancaster University provides the technical coordination of the project.

The UK project will deliver research and development of hardware and supporting simulations to the LHC upgrade in five areas: