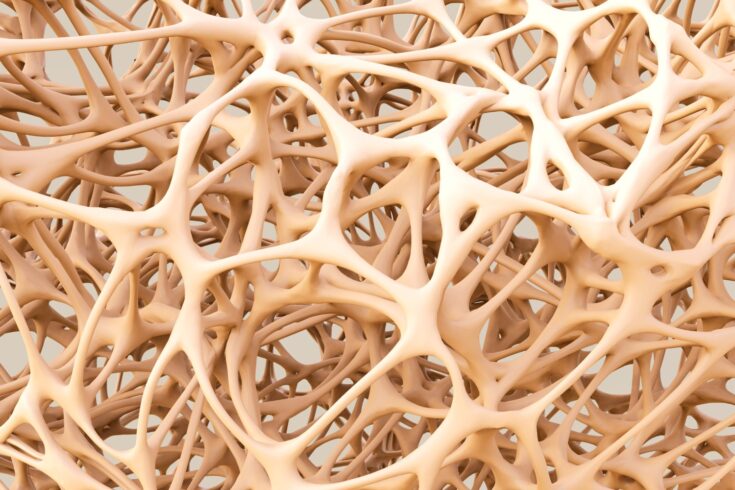 A UK neutron facility has been used to develop a technique to help better understand human skeletal remains that have been subject to heating.

Just as we do today, our ancient ancestors practiced cremation in their funeral rites, which means that skeletal remains are often found in a burned state.

However, determining whether the bone’s heating is the result of cremation practices or even ritualistic cannibalism is difficult to determine.

Researchers have used the Science and Technology Facilities Council’s ISIS Neutron and Muon Source to develop a new technique for archaeological or forensic investigators to tackle this problem.

The team, led by the University of Coimbra, Portugal, used the ISIS facility to bounce neutrons off samples of human bone subjected to varying degrees of heating.

The study aimed to analyse human bones exposed to temperatures between 200ºC and 650ºC.

At this low end of the heating scale, the experiment recreates the sort of temperatures achieved in cooking vessels, which provides information about potential cannibalism or de-fleshing rituals.

Studying this temperature range is important because the physical and chemical changes that can occur when bone is buried can actually mimic the effects of low-intensity heating.

This makes it difficult to differentiate between buried and moderately-heated bone.

Unfortunately studying bone exposed to temperatures in this range is challenging.

The porosity of bone means that those heated to around 500 ºC are more fragile than those exposed to higher temperatures.

This is where ISIS’s neutron beams come in.

Neutrons are used in this sort of research because they are electrically neutral, which means they can pass into and through materials without causing damage.

This was a fascinating piece of research to be involved in and really demonstrates the breadth of applications of neutron science.

Neutrons provide a non-destructive way of gaining unique insights into materials from catalysts and materials for the electronics industry to biological samples.

The collaboration between ISIS and the University of Coimbra in Portugal goes back over 20 years.

The current project has allowed us to get detailed information on how, and why, bones change through burning, both helping us understand our ancestry and explore potential forensic applications.

The data obtained by the team showed that structural changes within the bone varied depending on the amount of oxygen to which the sample was exposed.

The greater the oxygen exposure, the lower temperature at which heat-induced changes, such as fat and protein destruction, occurred.

The latest study builds on the team’s previous work that looked at the effects of more extreme heating on the structure of human bone.

All this provides a comprehensive catalogue of heat-induced changes.

It is also possible that the research could be used to assist in the interpretation of the bone mineralisation processes that occur during fossilisation.

This may help to better understand the biology of extinct vertebrates.

Along with the archaeological applications, this work could also be applied to forensic investigations where bone is found that has been subjected to fire.

When human remains are found at a crime scene, or the site of an accident, the first priority of forensic investigators is to figure out the identity of the person they belong to.

When this can’t be done using superficial characteristics, such as facial structure and hair colour (what they look like), forensic pathologists will resort to:

However, should the remains consist of the skeleton alone, it may not be possible to determine the identity so easily and the priority shifts to identifying:

This is done by measuring the dimensions of the bones and cross-referencing those dimensions with known markers for age and sex, such as the width of pelvic bones.

It might then be possible to match these parameters with those of missing persons.

This becomes much more difficult, however, if the remains had been subjected to intense heat, as they might in a plane crash or house fire.

When bones are heated they warp and shrink, which changes their dimensions, making the age, sex and size much more difficult to determine.

This work will allow scientists to gauge exactly what changes occur in the bone’s structure when it subjected to heat.

The idea being that, if you know how the bone changes as it burns, you will be able to “turn the clock back” and extrapolate a bone’s original unburned shape from its burned shape.