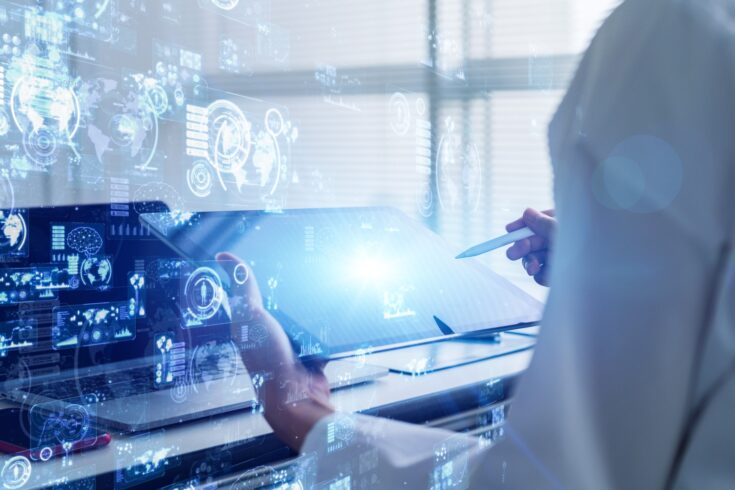 Walk-through scanners to map the human body and identify cancers, and robotic muscles to aid the recovery of stroke sufferers are among the visionary research projects announced today.

The six projects aim to develop revolutionary new technological approaches to transform care and treatments in the NHS by 2050, demonstrating the importance of engineering and the physical sciences to transforming future healthcare provision.

Listed below are the six projects that have been announced:

The Engineering and Physical Sciences Research Council (EPSRC), part of UK Research and Innovation, has announced £32 million of funding in the projects through the Transformative Healthcare Technologies for 2050 call.

The funding will support the next generation of underpinning science and emerging technologies, focusing on new approaches expected to have an impact within the next 30 years for:

The projects announced today will develop new approaches, which could become routine in the NHS and community and home care in the coming decades.

Harnessing the latest technologies and the UK’s world-leading expertise will allow us to deliver a step-change in how healthcare is delivered and benefit millions of people, emphasising the critical role the UK’s R&D sector plays in improving the health of the nation.

Summaries of the projects

Many neurological diseases, such as Parkinson’s and Alzheimer’s, are unique to humans. While the animal models used by researchers to find out more about these conditions are extremely useful, they can never match the complexity of the human brain.

The team at Imperial aim to develop NISNEM technology, which when combined with artificial intelligence would allow researchers to monitor the brain in a way never achieved before.

The improved understanding NISNEM could deliver would then allow new pharmacological and neurotechnology-based treatments to be developed which are far more effective than any current treatment.

Currently only 40% of people who could benefit from hearing aids have them, while most current devices make only limited use of speech enhancement, which makes the spoken words which are often the most important aspect of hearing, easier to distinguish.

The project is the first to attempt the development of cognitively-inspired, multimodal hearing aids which would be designed to autonomously adapt to the nature and quality of their surroundings.

Able to adapt to the nature and quality of the visual and acoustic environment around them, these hearing aids could result in greater intelligibility of noise and potentially reduced listening effort and cognitive load for the listener.

Led by: Professor Mark Bradley, The University of Edinburgh

Imagine a world where walking through a revolving door or archway allows ‘invisible light’ (light outside our normal visual range) to generate detailed 3D images of any patient with high resolution.

This is the vision of the project, the partners of which include the universities of Nottingham and Southampton.

At first, the new research will be developed in hand-held devices for use on hospital wards or GP surgeries. But by 2050, the aim is to scale-up to walk-through airport-style scanners which can generate precise and detailed 3D images of structures usually hidden inside a human body. This will help to identify and facilitate better treatment for conditions such as cancers and osteoarthritis.

Quantum Imaging for Monitoring of Wellbeing and Disease in Communities

The researchers’ vision is that the home of the future will be an environment that has the ability to feed back assessments of our health and wellbeing.

The analysis of the data-streams from a new generation of sensors will be based on clinically approved models, thus effectively bringing highly trained expertise directly to the living environment. This can be used by:

The remote technologies will provide feedback, advice and alerts using markers such as gait, macro and micro-movements, blood flow, heart rate and potentially even brain function.

The aim will be not only to monitor our physical health and emotional wellbeing but also provide personalised and continuously updated suggestions for lifestyle improvement as well as rehabilitation programmes, for those recovering from illness.

The methods may find future applications in predicting the onset of non-communicable diseases such as heart attacks and strokes or in diagnosing infectious disease in communities.

The researchers aim to overcome the limitations of current wearable assistive technologies and regenerative medicine. They will deploy engineered robotic artificial muscular assistance inside the body, exactly where it is needed, to:

This will have significant knock-on effects on whole-body and mind health through increased confidence, independence and quality of life, massively reducing the healthcare burden and facilitating the return of sufferers to productive and fulfilling lives.

Infectious diseases and antimicrobial resistance pose the greatest threat to a healthy nation now and in 2050.

U-care brings together a team from Heriot Watt University and the universities of Edinburgh and Bath to deliver a point-of-care technology platform exploiting short wavelength deep ultraviolet light.

U-care will exploit new laser, optical fibre and imaging technologies to deliver therapy without the use of antimicrobials for bacteria and viruses in confined regions of the body such as:

The platform will also deliver cellular precision resection in cancer surgery – aiming to offer a cure for currently unresectable tumours.

U-care will work seamlessly with the NHS, patient groups and global partners, to transform therapies of the future.