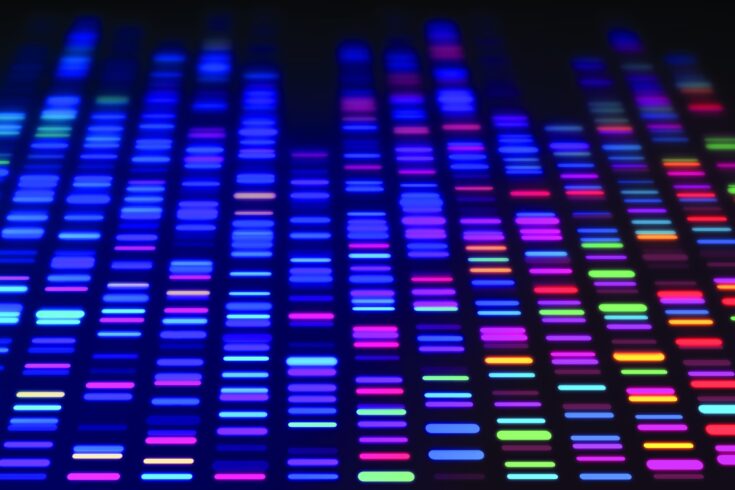 Scientists have found whole genome sequencing robustly detects the most common inherited neurological disorders, something previously thought to be impossible.

The results support the use of whole genome sequencing (WGS) as a standard diagnostic tool within routine clinical practice.

The study, published in The Lancet Neurology, assessed the diagnostic accuracy of WGS against the test used as standard across the National Health Service (NHS).

This research was funded by:

Evaluating the role of WGS

The study evaluated the role of WGS in the commonest causes of inherited neurological diseases that usually require multiple tests, a process that results in a long diagnostic odyssey.

These repeat expansion disorders have short repetitive DNA sequences that cause disorders such as:

Analysing the accuracy of WGS

The study, in conjunction with NHS England, was led by:

The study first analysed the accuracy of WGS to detect repeat expansion disorders.

It compared the test currently in use, polymerase chain reaction (PCR), with WGS from 404 patients previously tested in the NHS.

The findings highlighted the accuracy and sensitivity of WGS in detecting these kinds of conditions was equivalent to using PCR tests.

Then, the study used WGS from 11,631 undiagnosed people who had clinical features associated with a repeat expansion disorder who are participants in the 100,000 Genomes Project.

Among the 68 people who benefited from a diagnosis were six children.

Some of whom did not have a reported family history of repeat expansion disorders and who previously did not have receive a diagnosis.

They included a 10-year-old girl with an intellectual disability and an 18-year-old teenager with dementia.

The study demonstrated a quicker and more efficient diagnosis can be achieved through whole genome analysis for those patients who have not previously received a diagnosis.

This replaces multiple tests over months or years.

This is because PCR tests are often locus-specific, meaning only one gene is looked at each time.

For people with rare neurological diseases who have atypical clinical presentations, the process is time-consuming.

It results in the underdiagnosis of people who have atypical clinical presentations, especially children without a previous positive family history.

By contrast, a single WGS test can diagnose many disorders.

Using WGS within the NHS

The findings support using WGS within the NHS to diagnose patients whose doctors believe may have a repeat expansion disorder.

The benefits of doing so would include:

This represents a major advance in the application of whole genomes enabling detection of previously unexpected inherited neurological disorders.

At the moment, diagnosing this type of neurological disorder often depends on people having a family history of the disease or specific clinical symptoms, using WGS we can detect these and new repeat expansion disorders.

Validating use of WGS

Repeat expansion disorders are estimated to affect 1 in 3000 people.

Before this study, it was thought to be difficult to diagnose them using WGS.

Our study validates the use of WGS, a newly introduced genetic test in the NHS, to diagnose the commonest form of inherited neurological diseases.

Many patients with neurological disorders never receive a precise diagnosis.

This new study shows how WGS can address this challenge through a genuinely national programme, taking world-leading research to patients across the whole of England and improving their health care.

This is a clear example of the sort of innovation that we are proud to have helped accelerate and of the impact the UK has been able to have by linking research with routine care in genomics.

This work has allowed us to deploy new tools that can detect variation in the genome that more targeted sequencing misses.

This has already led to diagnoses and better care for the families with rare disease in the 100,000 Genomes Project and is being used to support diagnosis in the NHS Genomic Medicine Service.

Read more on the Genomics England website: Whole genome sequencing robustly detects the most common inherited neurological diseases and is adopted by healthcare.