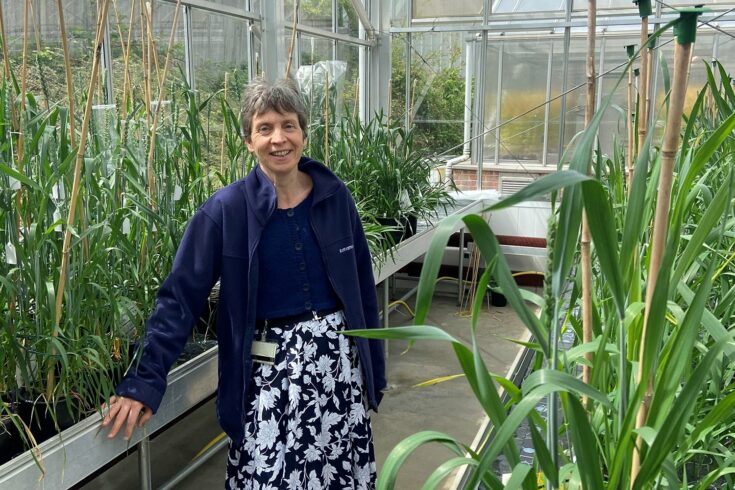 While Fiona doesn’t have a background in horticulture, she has been at Rothamsted for 26 years – working her way up from technician to head of department – and built up an extensive horticultural, technical and scientific knowledge in that time.

Most of the researchers we work with don’t have a huge horticultural knowledge, so they look to us for the expertise.

I advise them on which controlled chamber or glasshouse to use, lighting, nutrition, pest and disease, and growing techniques, some of which are novel.

And if a plant starts looking unhealthy, then I can usually work out what’s wrong. After all these years, I’ve seen pretty much everything!

As well as growing the plants, Fiona and her team of seven monitor and maintain the 127 glasshouses and 80 controlled environment chambers.

She checks them daily and is not afraid to get her hands dirty when it comes to fixing problems.

If there’s a major fault, then I’ll call out an engineer, but generally I’m very good at spotting problems with boilers, fixing valves and freeing blinds that have become stuck.

Fiona has been involved with some of Rothamsted’s most ground-breaking research over the years.

When I first started, I looked after some of the initial trials on genetically modified crops – it was just one cabinet with a handful of plants back then.

More recently, I’ve been involved in the Camelina fish-oil trials [where plants have been modified to produce the Omega-3 fatty acids normally obtained from oily fish] and helped develop the methods for growing the Camelina in controlled and glasshouse environments.

The research has been really successful and has now moved onto field trials.