Take PRIDE in research and innovation

June is Pride month, an annual event celebrating LGBTQ+ communities around the globe.

Pride month marks years of struggle for civil rights and the ongoing pursuit of equality for the LGBTQ+ community.

It also recognises the accomplishments and influence of the LGBTQ+ community around the world.

Why are UKRI supporting Pride?

Promoting equality, diversity and inclusion is at the heart of our vision. We want to show our support for Pride and the LGBTQ+ community both in our organisation and across the wider UK research and innovation sector.

We’re proud to introduce our new Pride staff network who have planned a range of online activity throughout the month to recognise and raise awareness of this important celebration.

Across June, we’ll be sharing short stories from our people on what Pride means to them and highlighting the experiences that demonstrate the need for equality.

For the UK to produce the best possible research and innovation, UKRI needs to champion a creative and dynamic system that enables everyone to develop their best ideas and achieve their full potential.

That is why it is so important that we demonstrate our commitment to our LGBTQ+ communities and support Pride: I’m looking forward to the opportunity of hearing more people’s stories and learning from them.

The history of Pride, by Andrew Macdonell

Andrew Macdonell, senior manager in the European Partnerships team and the secretary of the UKRI Pride network talks about the history of Pride.

I have a knack for visiting sunny new cities right in the midst of their Pride parades but have also paid my dues under a sodden rainbow banner in my Glasgow hometown.

June is Pride month, when we celebrate the rich variety of human sexual orientation, gender identity and gender expression.

We show the world the faces of the LGBTQ+ community (Lesbian, Gay, Bisexual, Trans and Queer, with the plus representing any other minority sexual orientation or gender identity), fight for a more equal society and mourn our losses, while celebrating our successes and honouring those who fought for them.

The importance of the Stonewall riots

The centrepieces of the Pride month calendar are the Pride marches, which take place in towns and cities across the world.

Many of us will recognise the modern Pride march as a colourful celebration, but Pride marches were first started to commemorate an important act of civil unrest.

When the Public Morals Squad of the New York City Police Department raided an LGBTQ+ bar called the Stonewall Inn on 28 June 1969, the patrons refused to go quietly.

Instead, they called for support from their neighbourhood and began three nights of resistance now known as the Stonewall Riots, led by people who were then some of the most marginalised in society – trans people, street hustlers, homeless youth, effeminate men and butch women.

The aftermath of these riots saw the creation of activist organisations and newspapers promoting gay rights and sparked the modern movement for LGBTQ+ equality.

On the first anniversary of the Stonewall Riots, the first Pride marches took place.

How Pride has grown

Initially marching under the banner of “Gay Liberation” and “Gay Freedom”, the tradition of Pride marches grew and spread around the world, with the first UK Pride taking part in London in 1972.

Early Pride marches primarily fought against oppressive legislation and the poor treatment of the LGBTQ+ community, but as some countries have embraced equal legal rights for LGBTQ+ people, their Pride marches have taken on a more celebratory tone.

In the UK, modern Pride events are often colourful parades, featuring floats, costumes and music, where LGBTQ+ people and their allies march with representations from local businesses, government organisations and community groups.

But whether dressed as a unicorn or carrying a placard, each LGBTQ+ person taking part in a Pride march is making the revolutionary statement that they are proud of their identity, in the face of a world that often teaches us to be ashamed.

We march in solidarity with other parts of the world where Pride marches are still profoundly political and participants may risk their lives in taking part.

We draw strength from our communities and learn from each other’s experiences.

We remember our history, celebrate our present and fight for the kind of future we can all take pride in.

What Pride means to me, by Kit Newens

Kit Newens, Digital Communications Apprentice at the Hartree Centre, Science and Technology Facility Council, talks about what Pride means to them.

Pride is about togetherness and community.

Video credit: UKRI
On-screen captions and an autogenerated transcript is available on YouTube. 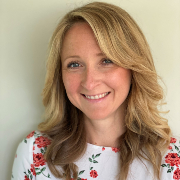 Pride is an opportunity for the LGBTQ+ (Lesbian, Gay, Bisexual, Transgender, Queer or Questioning, plus other sexual identities) community and their allies to celebrate the progress that has been made to enable people of all sexualities and gender identities to thrive as themselves, as well as a reminder to us all that there is more work to do to tackle discrimination and intolerance.

Being an ally is about supporting LGBTQ+ colleagues and friends – and for me it’s very much a learning process. I think there is a responsibility as allies to educate ourselves, to listen, and to be open to talk about the struggles faced by LGBTQ+ people. I want my children to be inclusive and respectful so we often talk about ways they can be welcoming to all different kinds of people and perspectives. This month, we’ve been reading news articles, looking at photos and talking about Pride, what it is and why it matters.

When we come together as a group, it’s our differences that make us stronger. There is overwhelming evidence that diverse teams and organisations perform better than heterogeneous ones. So, an emphasis on diversity and inclusion, ensuring a culture that respects and celebrates differences, is so important. It’s more than just creating an enjoyable workplace: it also makes us all better at what we do.

Colleagues across NERC have been working hard to refresh our equality, diversity and inclusion (EDI) plan, and we invited independent experts to challenge and support us to make sure we’re targeting our efforts to best effect. We are looking to:

There’s a lot to do, but it really matters.

What Pride means to me: Beccy Shipman 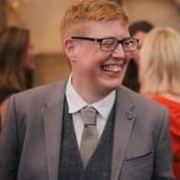 Beccy Shipman, Head of Data Collection Infrastructure at ESRC, is the Membership Chair of the UKRI Pride Network and talks about what Pride Month means to them.

I first went to Pride in the mid-1990s as a semi-closeted 22-year-old. I was working at a summer camp near Philadelphia in the States and the camp director, a gay man, took me and some of our friends. It was a revelation! The march was led by Dykes on Bikes and to this baby butch it was so empowering to see older butch women so comfortable in their masculinity and sexuality.

I had spent my school years being bullied for being queer and gender non-conforming before I even knew what those things meant. Section 28 (BBC website) meant I didn’t get any support or have any positive queer representations to see how things might turn out for me.

At Pride, it was incredible to be surrounded by people who were like me, who had fought so hard against the oppressions of heteropatriarchy and created a safe space just to be at ease in themselves.

Fast forward to 2005, no longer closeted and skipping over a few ill-advised relationships!

My partner, Paula, and I walked the whole Brighton Pride march dressed in wedding gear to try and recruit participants for an ESRC-funded study I was a researcher on, about same-sex commitment ceremonies. It was incredibly hot, and we were very glad to see the park at the end. I think we only got one participant that day, but we had a blast. It was so important to me to be out and proud in my job and it made me a better researcher for it.

I started working at ESRC this January and became involved with the Pride Network from the start. I believe very strongly in being able to be yourself at work. This benefits everyone. It’s important to me that I can be out and proud and be the positive representation that I never had in my teens and twenties.

In 2018, anti-trans lesbians stormed the front of London’s Pride March to argue that the trans community was an attack on lesbian rights. I watched videos of this on the news and was both furious and sad. Pride should be a safe space for the whole LGBTQIA+ community and there is absolutely no place for transphobia at Pride. Fighting for trans rights and supporting trans colleagues is vital right now.

Pride continues to be a very important space for me. Paula and I now take our son to Pride in Leeds, where we live. He can see other families that look like his and it’s great to be able to share the diversity of our community with him. I’m looking forward to going again next year (fingers crossed!) and being part of the positive queer representation, at ease in myself.