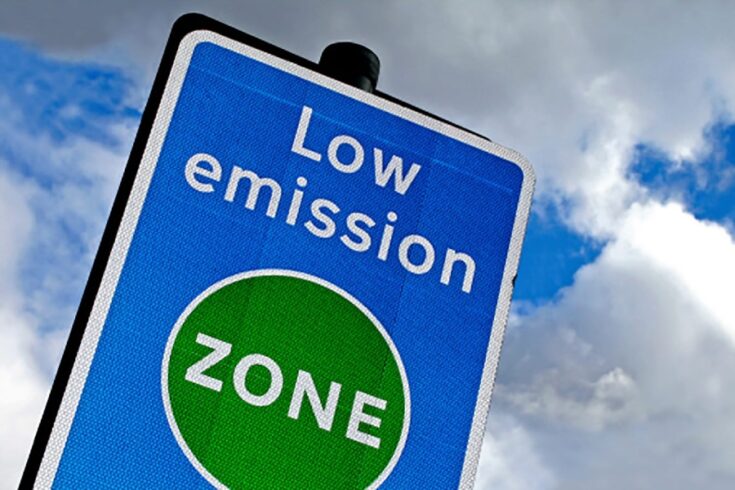 Clean air underpins everything we need and value:

Poor air quality, then, presents serious risks. In the UK it is the fourth biggest danger to public health, contributing to over 40,000 deaths and carrying an estimated annual cost of £20 billion to health services and businesses.

A recent study has shown that exposure to air pollution increases COVID-19 deaths by 15% worldwide. Read the study into air pollution and risk of death from COVID-19 (Oxford Academic website).

It also has wider implications, including links to:

Decades of UKRI investment have played a critical role in understanding and tackling air pollution.

With a clear focus on generating practical solutions, our support includes:

UKRI-funded science has helped inform policy and led to government action that has helped save countless lives.

In recent years, the air we breathe has become a high profile political issue for the UK, with researchers supported by UKRI having a key role in its new prominence.

Research at the Natural Environment Research Council (NERC) National Centre for Atmospheric Science was a key platform for the UK’s clean air strategy 2019.

Their work, for example, triggered a new policy approach to cutting emissions of volatile organic compounds. It prompted vehicle manufacturers to act, as well as providing the foundation for London’s ultra low emission zone.

Since London’s ultra low emission zone was introduced, nitrogen dioxide emissions in the city have fallen by 44%.

We know from birth cohort studies that exposure to air pollution has been associated with:

But is it enough?

Research was published by scientists at the Medical Research Council (MRC) Centre for Environment and Health. It has shown that while these measures are beginning to improve air quality, they have not yet protected children from the harmful effects of air pollution.

But promisingly, a more recent report by scientists at Imperial College London’s Environmental Research Group has predicted that life expectancy for children in London will improve by six months. This is as a result of newer air quality policies such as the ultra low emission zones. Read about the Imperial College London air pollution report (Imperial website).

It highlights that we need more interventions that deliver bigger reductions in harmful emissions, and we must implement more policies that will improve air quality and protect children’s health.

This is especially valuable for those whose health suffers when pollution levels are high, such as people with asthma and heart disease.

Air pollution can also make the health effects of heatwaves worse, as they increase levels of ozone and other pollutants.

NERC-funded research improved the accuracy of Met Office air quality forecasts during heatwaves, saving an estimated 24 lives for every 10 days of heatwave.

Almost half the world’s population rely on open fires for cooking that use biomass fuels, such as charcoal or wood.

When used indoors, these lead to high levels of household air pollution from smoke, and are linked to many chronic respiratory illnesses.

Replacing these open fires with cleaner burning biomass-fuelled cookstoves has long been considered an easy win.

However, a team of scientists have shown that it may not be that simple. They carried out a randomised trial to compare the effects of the two cooking methods on pneumonia in children living in rural Malawi. Read the cleaner burning biomass-fuelled cookstove trial (The Lancet website).

They found no evidence that cleaner burning cookstoves reduced the risk of pneumonia, highlighting the need to develop evidence-based policies to tackle the effects of household air pollution.

The team were funded through the Joint Global Health Trials grant from:

Miranda Loh is an environmental health scientist at the Institute of Occupational Medicine, an independent research organisation.

Her work on measuring people’s exposures to air pollution in Chinese, Thai, and Indian cities is supported by UKRI NERC and MRC.

Here, she says, the major sources of air pollution which are especially harmful to the young, include:

And UKRI MRC and AHRC have supported her work, with an interdisciplinary team of:

The work focusses on understanding exposures to air pollution and residents’ awareness of air pollution in informal settlements in Kenya.

Here, the use of fuels such as charcoal for cooking and heating can produce highly polluted air.

She warns too that:

In the developed world, everyone encounters cars, buses and lorries, so vehicles are usually the most important source of outdoor pollution in urban areas.

But even here, indoor sources such as wood burning stoves can be major contributors.

Biotechnology and Biological Sciences Research Council is supporting Loh in a citizen science project on the accuracy of cheap consumer devices for measuring air pollution.

And she has done work on evaluating the effectiveness of masks for limiting exposure to air pollution.

This work on respiratory protection also informs thinking on protection from COVID-19.

Decades of UKRI investment have played a critical role in understanding and tackling air pollution with a clear focus on generating practical solutions. We are committed to funding research to better understand air pollution and to find new ways of addressing it.