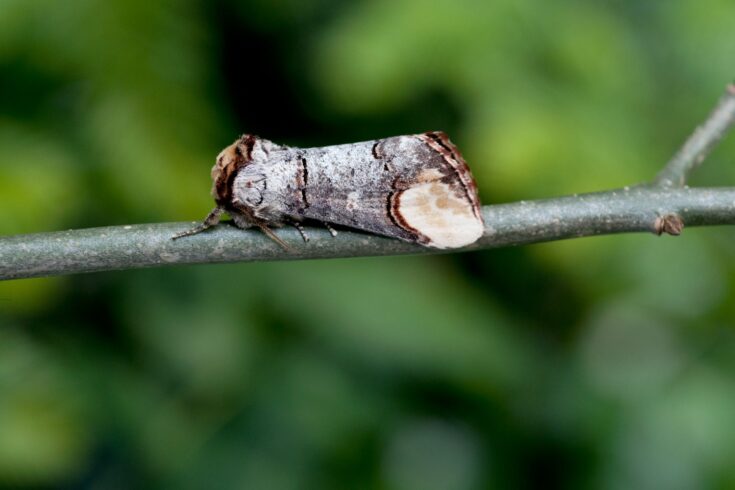 Delivering data since 1964, the Rothamsted Insect Survey informs decisions that cut the use of harmful insecticides and boost productivity and biodiversity.

The food we eat, the air we breathe, and much more besides, depend upon maintaining healthy ecosystems and the fragile balance that underpins them.

Meeting such a challenge requires careful decision-making, from policymaking to the approaches taken by individual farmers. Fundamentally, these decisions require ready access to current, clear, unbiased, and informative data and information.

Insects are an excellent barometer of environmental health. Insects are also a key part of wildlife food chains and are hugely important pollinators, pest regulators, decomposers and, in some cases, destroyers of crops.

While evidence suggests insect numbers in the UK have declined in recent decades, the picture varies between species from year to year and place to place. An accurate understanding of current numbers and longer-term trends is critical to inform measures that promote biodiversity and enable more targeted use of potentially harmful pesticides.

Rothamsted Research, an institute strategically funded by the Biotechnology and Biological Sciences Research Council (BBSRC), leads a globally respected insect survey that is the longest-running, most comprehensive of its kind in the world. The survey gathers data, analyses it objectively, and then presents it to a broad range of users as simple-to-access, easy-to-understand information, including variations by region and habitat.

Firmly established as a go-to resource for farmers, businesses, research scientists, conservation groups, policy makers, and government, it provides invaluable insights that inform decision-making. Ultimately, this data has led to reduced pesticide use, which has meant reduced costs to farmers and increased biodiversity.

Established in 1964, the Rothamsted Insect Survey (RIS) is a network of insect traps across the UK, currently comprising 80 light-traps for large moths and 16 suction traps for aphids. The traps attract and capture insects, which are counted and released daily, creating the world’s most extensive long-term dataset of insect populations and migration over time.

The RIS has catalogued more than 50 million insects across the UK, which is information used by farmers and ecologists alike.

Since 2012, RIS has been funded as a BBSRC National Capability, which is an institute-based resource intended to benefit the wider scientific community. It is currently transforming to be a BBSRC National Bioscience Research Infrastructure (NBRI) aimed at providing support for the science community in the UK and across the world with its unique repository of data and expertise.

The suction-trap network is mainly focused on agricultural land, monitoring the insects flying around a height of approximately 12 metres. These upside-down ‘hoovers’ catch any small to medium-sized insects in their flight path. The majority are aphids, key vectors of plant disease that can decimate field crops like:

Every day, volunteers empty the network of traps situated in a range of rural locations in England and Scotland. They send the aphids and other insects they collect to Rothamsted, where an expert team of aphidologists logs and analyses them.

The light-trap network is spread across the UK and beyond, with most traps run by volunteers who empty them daily. The Rothamsted light-traps are at chest height, catching mostly larger moths and some of the smaller species. As well as being key pollinators, moths are crucial food for birds and small mammals. The volunteers send the data to Rothamsted to upload, where it is also compiled into regular, comprehensive reports.

These studies pinpoint trends in moth numbers, highlight which species are declining or increasing, identify regional variations and outline possible reasons for any changes seen. The most recent review (‘The State of Britain’s Larger Moths 2021’, published by Butterfly Conversation) reported that moth numbers in Britain have dropped to two-thirds of their 1960s levels.

The pervasive role that insects play in ensuring our well-being can’t be overstated. Data is key to understanding environmental problems, devising solutions, and enabling and supporting science in this space.

Thanks to our new status as a BBSRC NBRI, decision-makers and scientists can have complete confidence in our data’s objectivity. There simply aren’t any strings attached.

Alongside moths and aphids, the survey captures many non-target insect species. Since 1974, all samples have been collected and catalogued, creating a phenomenal research resource. The University of Leeds-led Drivers and Repercussions of UK Insect Decline (DRUID) consortium, for example, has used it to inform its work.

There are now suction traps of the Rothamsted design located at 129 sites in 17 countries across the world. Rothamsted Research hosts a database on which historical data from some of these countries are stored, enabling research of international excellence.

RIS communications feed into decision-making processes in organisations across central and local government, industry and the third sector. Survey team representatives regularly engage with the Department for Environment, Food and Rural Affairs (Defra) and are invited to speak to MPs, informing deliberations, discussions, and decisions on potential measures to reverse insect decline.

A key application relates to the class of insecticides known as neonicotinoids.

In 2018, the EU banned unrestricted use of these for seed treatment due to the harmful impact on bees, ladybirds and other beneficial invertebrates. By highlighting whether aphid-related virus levels in crops meet current Defra thresholds for neonicotinoid use, the RIS data plays a pivotal role in shaping the course of action that farmers take through its pre-season forecasts.

Following devastating virus damage to sugar beet in 2020, the RIS forecast that aphid-borne crop viruses would not reach the Defra threshold for neonicotinoid use in 2021. As a result, seed for 100,000 hectares of sugar beet was not treated with these insecticides prior to planting.

This also had a broader positive impact: in 2022, although the Defra threshold was surpassed, about a fifth of beet farmers opted not to continue to use neonicotinoids and tackled aphids in other ways. Spending less on insecticides also delivers a welcome cost-saving for farmers.

Supporting the decisions of farmers and growers

The team found strong relationships between winter temperature and the time that aphids first appear in the traps, along with their numbers. They use these relationships to forecast when aphid problems are likely to start.

Weekly aphid bulletins are produced to report numbers to farmers and growers, published every Friday, and an annual forecast is produced. Information is available in raw form for those who are familiar with its meaning or interpreted for those new to aphid alerts and predictions.

And it can be emailed and texted to phones, as well as being available online at insectsurvey.com, which allows users to drill down into detailed graphical and other smartphone-friendly resources.

Direct user feedback, plus indirect indicators such as pest forecasts in the agricultural media, web hits and Twitter activity, indicate that information generated by the insect survey is harnessed extensively.

It has been estimated that the economic losses associated with aphids could be £190 million each year. By offering high-quality data in an accessible number of formats, the RIS not only helps to reduce this damage through taking preventative measures but also encourages the targeted application of insecticides. Not only reducing the costs of controls but also the likelihood of resistance evolution.

The rise of resistance mechanisms within aphids has been understood through the work of the RIS and its collaborators and used by the Insecticide Resistance Action Committee (IRAC), the agro-chemical industry generally, and levy boards to track the effectiveness of insecticides.

Insights from these insect bulletins, reports and forecasts inform policies and other actions designed to boost biodiversity at local, regional and national levels, safeguarding ecosystems crucial to the economy and society. Data has been incorporated into reports, POSTnotes, natural capital accounts, and biodiversity indicators for Defra.

By detecting the arrival and spread of invasive insect species, and climate-driven increases in existing insect threats, the survey aids the assessment of the effects of climate change and informs strategies to mitigate them.

The moths nowadays are used as a proxy for many things like climate change impacts, changing environmental conditions such as landscape change. They are also used as evidence for insects declines very widely, not forgetting that a small minority of moths are also agricultural pests.

Survey data and insect samples provided by Rothamsted help scientists in the UK and worldwide to undertake productive research into topics such as climate change, light pollution, and the reasons for insect decline.

…people come to us from around the world requiring data on either aphids, moths or both. Trying to understand, for example, climate change impacts, light pollution or extreme events.

From undergraduates to professors, all the way through to industrial companies trying to inform agriculture within their own networks.

The team is now prioritising making the data more accessible, growing the number of people able to independently query the data sets and developing tools to support a wide range of researchers to model the survey data.

RIS could not function without the army of volunteers who collect samples from suction and light traps up and down the country. It provides a superb example of citizen science in action and a source of inspiration for others to adopt a similar approach.