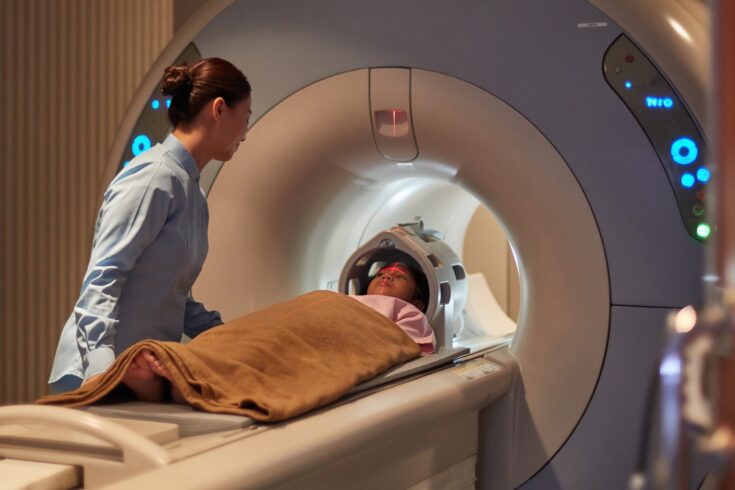 Today’s MRI scanners are proof that, while fundamental research can take a long time to be realised, the benefits to society are transformative.

There are more than 32,000 MRI instruments world-wide, and the sector continues to grow. For example, the number of MRI scans performed by the NHS in England has increased by an average of 170,000 a year since 2015, reaching 3.74 million scans in 2019.

This life-saving technology is the result of 70 years of research, which developed out of the work of CERN, the world’s largest and most powerful particle accelerator.

The superconducting magnet technology, and the associated cryogenic expertise developed at the Science and Technology Facilities Council (STFC) Harwell Campus in Oxfordshire, led to growth in commercial research, development and technology transfer which still exists today.

Important elements of the early technology were transferred to Oxford Instruments, the University of Oxford’s first spin-out company. The strength and success of the collaboration between STFC and Oxford Instruments has led to a number of new cryogenic companies starting in the area, creating a national hub of specialist expertise.

The companies now making up the British Cryogenics Cluster in and around Oxfordshire are principally industry partners, many having been involved in the application of superconducting magnets to medical imaging.

There are significant impacts arising from MRI diagnostics capabilities. For example:

The MRI industry contributed £111 million to UK GDP in 2010 and provides a multi-million pound market for UK companies. This supports 2,200 UK jobs in manufacturing and £137 million GVA.

Tesla Engineering, a West Sussex-based company specialising in MRI components, contributed £33 million to UK gross domestic product (GDP) in 2019, an increase of more than 200% over the past decade. The global market for MRI systems was £4.6 billion in 2018, and is projected to reach £5.57 billion by 2023.