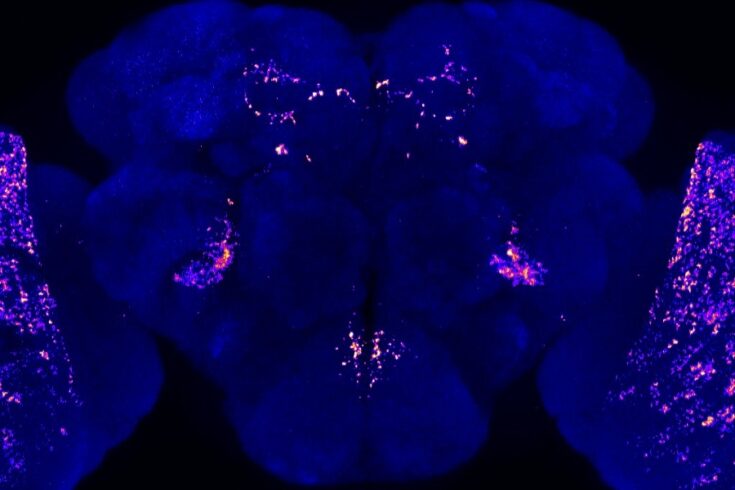 Lecturer in Neurogenetics, Department of Genetics and Genome Biology, University of Leicester

I first became interested in sleep research while considering my PhD. At the time I was working as a lab technician and studying how reduced environmental oxygen regulates gene expression.

While reading about a transcription factor I was interested in, I came across the term ‘clock’ gene.

Clock genes exert a gene expression rhythm in neurons which generate a 24-hour sleep-wake rhythm. Or what we more commonly refer to as the circadian rhythm.

The idea that genes can control animal behaviour fascinated me and I became eager to understand more about how genes control sleep-wake behaviour.

I was excited to start a PhD studying the molecular mechanism underlying circadian rhythm.

I had the opportunity to work alongside colleagues in the European Biological Rhythms Society and UK Clock Club to see how scientists study circadian behaviours in animal models.

Watching colleagues use diverse neurogenetic techniques to manipulate and observe gene expression and function in the nervous system really deepened my interest in neurogenetics.

My PhD was also my first time working with Drosophila melanogaster – or the fruit fly as we know it – and the powerful genetic tools that come with it.

I vividly remember the excitement when my supervisor, Ralf Stanewsky, first showed me how to record the gene expression rhythm in living flies using non-invasive bioluminescent transgene.

To this day, this process can’t be easily performed in other species, and so I was convinced that Drosophila neurogenetics would be at the core of my future research.

As I mentioned earlier, the sleep-wake behaviour of most animals follows a daily rhythm. The circadian clock and a homeostatic process control such a profile.

The circadian clock defines the intrinsic tendency of sleepiness across a 24-hour day. And thanks to decades of research, we now know the genes and neurons that generate and control circadian clock and behaviour rhythms.

The homeostatic process conversely controls the gradual accumulation of sleep pressure as the wake accrues.

One becomes tired and sleepier during wakefulness, until this pressure reaches a threshold, and one falls asleep. The neuronal sensory stimuli as the animal engages with the environment during wakefulness are thought to contribute to sleep pressure, yet the underlying neurogenetics is less studied.

During the last 2 decades, advances in Drosophila research has improved our mechanistic understanding of sleep. That’s right, flies sleep too!

Although we now know about more than a dozen sleep controlling genes, what we don’t know is where in the brain most of them operate.

As a science community, we have also identified many brain regions that regulate sleep. But we don’t know very well how sensory signals connect to these areas to drive sleep pressure.

With funding from the Biotechnology and Biological Sciences Research Council (BBSRC), my research will try to address some of the current gaps in sleep research by studying a novel sleep-controlling gene called Neurocalcin.

Recently, we have discovered that a reduction of Neurocalcin in those areas of the fly brain that are critical for vision processing result in sleep loss during the night. Interestingly, this sleep loss is modifiable by daylength.

This would suggest that the Neurocalcin-expressing neurons we are studying are part of the circuit that controls sleep in responding to the visual experience.

The future of sleep research

Since the 1970s, scientists have known that daily visual stimuli in humans can influence sleep quality.

While visual signals keep you awake, at the same time they also slowly build up your sleep pressure.

This phenomenon is observable right across the animal kingdom, including in pigeons, rodents, cats and fruit flies.

Using the latest Drosophila genetic toolkit, the core aim of my research is to investigate the molecular and circuital mechanisms of Neurocalcin-regulated sleep.

This will allow us to start unravelling the neurogenetics underlying visually driven sleep as part of the biological basis of the sleep homeostatic process (see image of the presynaptic sites).

Alongside other works funded by BBSRC, this project may pave the way to better understand the effect of 24-hour artificial lighting on sleep quality in modern society.

I recently became a university lecturer while also trying to balance research, teaching and family life; my first child was born during the second half of 2020. However, the best piece of advice I can give to new investigators is this: give yourself time.

I needed sufficient time to write my application, of course. But just as crucial was the time needed to share my draft application with experienced colleagues so they could provide constructive feedback that I could then act upon.

For me, that meant starting my application 6 months before the submission deadline.

Feedback is a gift

I work in a very supportive department and my colleagues in the Neurogenetics Lab were only too happy to provide feedback on the content of my early drafts.

Their constructive feedback helped to shape my pitch, identify any blind spots and strike that all-important fine balance between technical detail and general readability.

I also reached out to a small number of trusted senior colleagues with a request to critique my latter drafts. Those ‘critical friends’ provided honest and unreserved feedback. This not only gave me pause for thought, but it also made me re-think and re-write certain parts of my final application over the course of a few weeks.

Giving myself time to seek feedback and make changes to my application meant that I was happy with my final submission. Therefore, when it’s plausible, I would say it’s a good idea to give yourself a bit more time and get as many peer reviews as possible before submitting your application.

I understand that not everyone has an extensive research network, but increasingly the research offices in universities provide support for organising feedback and grant writing. And I would encourage other new investigators to seek that help and support for themselves.

BBSRC’s responsive mode programme funds curiosity-led research and advances excellent bioscience across our portfolio. Dr Chen has recently been awarded responsive mode funding through the new investigator scheme. This scheme supports researchers who have not received competitively obtained funding from any source as a principal investigator. 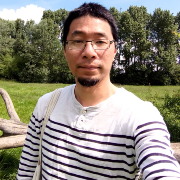 Lecturer in Neurogenetics, Department of Genetics and Genome Biology, University of Leicester

Dr Ko-Fan Chen received BSc and MSc degrees in biology and physiology from the National Cheng Kung University (1998 to 2005) in Taiwan.

After working as a research technician, he moved to the UK for a PhD investigating the molecular basis of circadian light entrainment using the fruit fly Drosophila melanogaster.

Following his PhD at Queen Mary University of London (2007 to 2012), Dr Chen then carried out postdoc positions at the University of Cambridge and the UCL Institute of Neurology in London.

In July 2020, Dr Chen began as Lecturer in Neurogenetics at Department of Genetics and Genome Biology, University of Leicester. Here his main research focus was on understanding the visual control of sleep and its interaction with neurological diseases using Drosophila.