The challenge of maintaining innovation 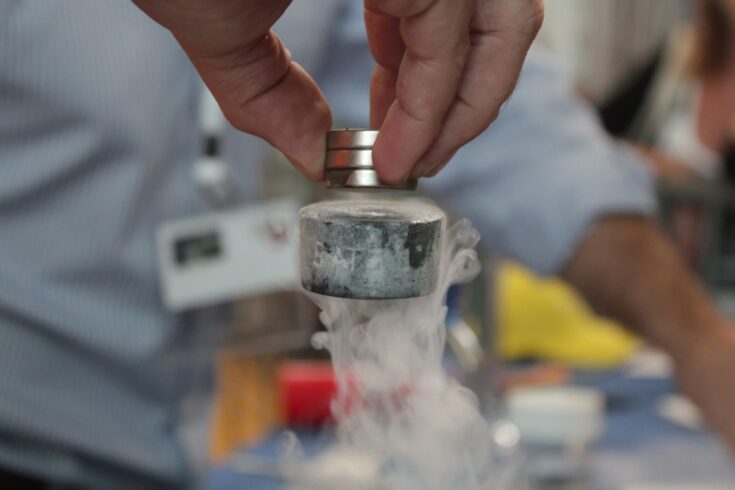 Professor of Computational Physics, University of Cambridge and Head of the Theory of Condensed Matter group, Cavendish Laboratory

A reflection on the factors contributing to 60-years of a research groups success in theoretical condensed matter physics.

Initiating innovation is hard, maintaining it over many years is even harder. TCM has managed, over six decades, to continuously evolve, refresh and innovate.

During that time, we have created many new research fields and trained large numbers of early career researchers. Researchers who have then moved on to successful careers in academia, industry, finance and elsewhere, creating commercial products that have had sales of many tens of million pounds.

EPSRC and its predecessors have provided long term, flexible funding to TCM since the mid-1970s that has allowed us to pursue high risk, high reward, innovative research.

The research council funding has provided the core stability that has enabled us, and the early career researchers working with us to transform physics and create new research fields. We have just been awarded a further four-year critical mass grant which will begin on 1 October 2022.

Maintaining innovation in research over a long period of time is extremely challenging. It requires researchers to leave their comfort zone and move to new areas, that entails risk.

Of course, as theoreticians we are in the fortunate position that we can instantly change direction and pursue new ideas, this is more difficult for those who perform experiments.

However, that advantage counts for nothing if you don’t exploit it by constantly taking on new challenges. Furthermore, it is all well and good undertaking risky research, but this is pointless if every such endeavour fails.

Continuously moving on to the next challenge

So how has TCM managed to successfully innovate over so many years? There is no single reason but our core, long-term funding from EPSRC is the most significant contributor.

Such funding is an enabling factor but to realise innovation requires an ethos that you do not stand still but continuously move on to the next challenge. For TCM there has been a long standing tradition that the theoretical work we do should be relevant rather than abstract.

For my own research field, quantum mechanical calculations of materials properties, EPSRC’s long term flexible funding has helped to support the development of a range of computational methodologies and associated software.

A critical issue here is that to remain at the scientific cutting edge, software has to be maintained and developed continuously. Some of EPSRC’s initiatives such as Software for the Future and the Research Software Engineering Fellowships reflect this requirement.

Before these schemes were introduced, one of the few ways to support ongoing maintenance and development of software and the innovative scientific applications enabled by this was by using TCM’s core funding.

One particularly clear example of the impact of EPSRC’s support is the CASTEP electronic structure code. The software has been sold commercially since 1995 and now has cumulative sales of $50 million.

It is used in many industry sectors, for instance by Johnson Matthey to help design catalysts and Unilever to help determine the structures of complex materials. It has also played a significant role in maintaining Moore’s Law (the doubling of computer power every 18 months) for more than a decade.

Analysis shows that the return on investment to industry on atomistic modelling, as performed by CASTEP, is at least a factor of eight. This would give a total economic impact from this EPSRC supported research of $450 million.

CASTEP was created to perform innovative science not as a piece of commercial software. However, it established the enormous capability of pseudopotential, density functional theory-based simulations.

This innovative research showcased previously unforeseen opportunities for applications of the methodology which, with careful stewarding, led to widescale industrial use of the code.

The route from innovative fundamental research to industrial impact is not straightforward. TCM’s focus on relevant theoretical research does explain why so much of our work does have an impact, either on industry or on experiment.

Indeed, TCM can point to many such examples over the years in areas such as:

Understanding the behaviour of polymers, gels and colloids

The work of Professor Sam Edwards and his collaborators in TCM over many years provided a quantitative understanding of the behaviour of polymers, gels and colloids.

This has not only contributed to the enhancement of many industrial and consumer products that contain these materials but also to numerous industrial fabrication processes that exploit them.

More recently, the work of Professors Richard Needs and Chris Pickard and collaborators has identified hydrides as one of the most promising systems for creating room temperature superconductors.

It would be wonderful if there were a definitive set of rules that would lead to innovation, but I do not think that they exist. However, I do believe that there are certain types of behaviour and structures that contribute to innovation and help to produce a creative ecosystem.

None of them are exclusive to TCM. Indeed, many of them we have simply copied from elsewhere.

Perhaps the most important contributor to innovation is to avoid hierarchies based on management or seniority.

TCM aims to create an environment where everyone, and particularly early career researchers, are encouraged to develop their own research ideas. In addition, they are supported as they develop them and are also recognised as the originators of those ideas.

One of the reasons why we have been able to rapidly support new areas of research is the support provided by our EPSRC grants.

EPSRC funding has supported many early career researchers in TCM who have subsequently been awarded other fellowships. The flexibility of this funding has allowed us to cover gaps between fellowships and, over the years, this has been critical to retaining many outstanding individuals in academic research.

A positive work environment is also a great spur to creativity and scientific collaborations. Young people today place a greater emphasis on the quality of their work environment than previous generations. I have heard many of them say that this is more important to them than salary when they are choosing jobs.

TCM has always understood the importance of the work environment and, particularly, the value of spaces to socialise and interact with other researchers, long before this became widely appreciated.

TCM can and should celebrate past successes. However, the challenges of producing innovative, impactful research never stop and we must always think about what we need to ensure that it continues.

We are extremely grateful to EPSRC for their continuing support and, particularly, for their belief in our research. 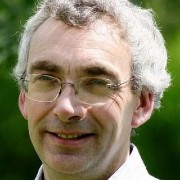 Professor of Computational Physics, University of Cambridge and Head of the Theory of Condensed Matter group, Cavendish Laboratory

He has also been involved in the development of the linear scaling code Order-N Electronic Total Energy Package (ONETEP) and the (Learn-On-The-Fly (LOTF) hybrid modelling scheme.