New Generation Thinkers: a decade of bringing research to radio 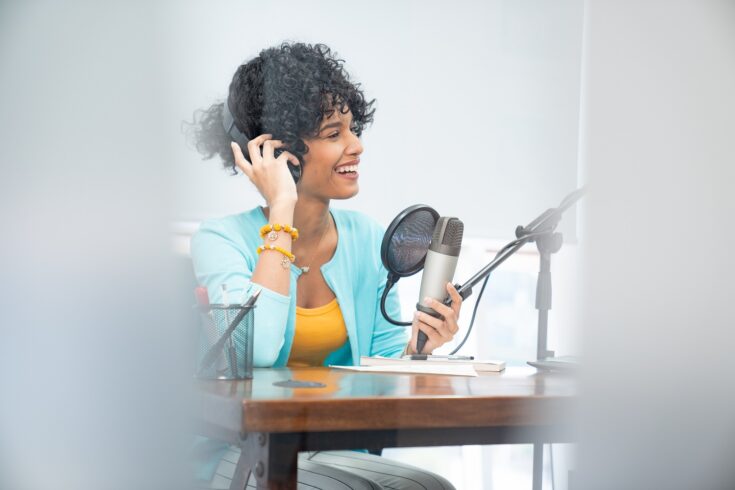 BBC Radio 3 and the Arts and Humanities Research Council (AHRC) bring together the UK’s brightest minds in celebration of new thinking.

Since 2010, 100 early career researchers have become New Generation Thinkers (NGT). The scheme was created by BBC Radio 3 and AHRC to bring the story of arts and humanities research to new audiences.

To mark this milestone, a selection of NGTs from the scheme will feature across BBC Radio 3, bringing their diverse ideas to life through debate, conversation, music and new writing.

Join us from 23-29 November to celebrate this special anniversary. From the changing role of the bedroom to the birth of celebrity culture and Nigeria’s take on Harry Potter, BBC Radio 3 is bringing together ideas from some of the country’s brightest academics.

Highlights during the week include a discussion on Free Thinking on 25 November, looking at how our bedrooms have changed from sleeping spaces to workspaces, with guests including Tiffany Watt Smith and Fern Riddell.

On 24 November, NGT Corin Throsby, who researches romantic literature, will examine the extraordinary fan letters sent to Lord Byron and ask what these tell us about modern-day celebrity culture.

On 26 November on Free Thinking, a debate from Bristol Festival ideas, hosted by Shahidha Bari, looks at leadership throughout history – from Tudor courts to plantations and from the Arab Spring to modern political philosophy.

Over the weekend of 28-29 November, NGTs feature across Radio 3’s music shows, including:

We launched New Generation Thinkers with BBC Radio 3 10 years ago, and we have since worked with some of the brightest academic minds in arts and humanities.

We are delighted that so many of these New Generation Thinkers s will share their ideas across Radio 3 at the end of November – a timely insight into the methodological innovation, diversity and relevance of arts and humanities research.

Since 2010 we have worked with 100 New Generation Thinkers, bringing their ideas to life and changing the nature of academic debate on Radio 3.

By featuring their new ideas across our different shows at the end of this month, we are giving our listeners the chance to hear from – and be inspired by – the new generation of researchers.

Now more than ever we need imaginative solutions to social challenges such as mental health, extreme poverty, climate change and modern slavery.

Enabling the next generation of researchers to reach wider audiences and engage the public with their research is essential to inspire new ways of thinking that will give rise to these solutions.

To access this extraordinary collection of programmes that promise to challenge the way we think about our history, our future and the world around us tune in to BBC Radio 3 or listen on the BBC Sounds app.

More information about the scheme can be found on the AHRC website.

A playlist of other essays, documentaries and discussions featuring NGTs from across the different years is on the BBC Radio 3 Free Thinking website.

Deep diving to the trail of an Indian guru: journalist and writer Martin Goodman gives a talk on the perils of writing the biographies of scientist JS Haldane and Indian mystic Mother Meera.

Tuesday 24 November, Free Thinking: From the most private space to office, 22:00

How have our bedrooms changed from sleeping space to workspace? Matthew Sweet’s guests recording in their bedrooms – are historian of emotions Tiffany Watt Smith; expert on the suffragettes and a history of sex Fern Riddell; Laurence Scott, author of books exploring our digital lives; and Joe Moshenska, who works on the literature and culture of the 16th and 17th centuries.

A playwright and British Black Panther member, a Ukrainian film-maker, a Japanese child star and young gang leaders in Glasgow and Chicago: Rana Mitter gathers a panel of NGTs to look at what different lives can tell us about conformity and rebellion.

In partnership with the Bristol Festival of ideas, Shahidha Bari hosts a discussion with NGTs Christienna Fryar, Jeffrey Howard, Joanne Paul and Dina Rezk looking at leadership throughout history – from Tudor courts to plantations and from the Arab Spring to modern political philosophy.

Politician and Pioneer: Writing the Life of Arthur Kavanagh. Clare Walker Gore, whose research focuses on life-writing and fiction in the Victorian period, examines what a 19th century MP without hands and feet tells us about stereotypes.

When Shakespeare Travelled With Me. Literary critic and historian Islam Issa reflects on his own encounters with Shakespearian understanding in the Arab world, from peasant knowledge to pop, and looks back at a debate of poets in 1916 Egypt.