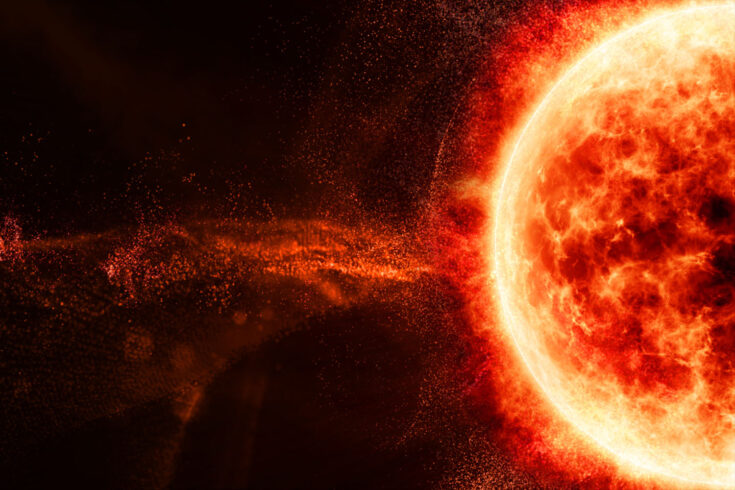 Fusion energy has the potential to be a revolutionary and limitless energy source that will help us reduce our dependence on fossil fuels and tackle climate change.

The collaboration is now progressing into an exciting second phase of a five-year joint project designed to help scientists develop viable fusion energy technologies virtually, rather than via expensive, real world prototyping.

Fusing atoms together generates nearly four million times more energy than a chemical reaction, such as the burning of coal, oil or gas, and four times more than nuclear fission.

Its advantages are far reaching, and include:

A strategy for the future

In 2021, the government published the UK fusion strategy (PDF, 5.6MB), setting out how it will enable fusion energy.

As part of this, UKAEA, a global leader in fusion energy science and technology, is responsible for Spherical Tokamak for Energy Production (STEP). STEP is the UK’s first prototype facility, which will pave the way for commercial development of fusion power stations.

Last year, in support of this, the Hartree Centre and the UKAEA took the first steps towards creating a UK centre of excellence in extreme scale computing for fusion. This is located at STFC’s Daresbury Laboratory, at Sci-Tech Daresbury in the Liverpool City Region.

Home to some of the most advanced supercomputing and AI technologies in the UK, the Hartree Centre will help scientists develop the necessary reactor technologies quicker and more affordably.

Fusion is a natural process that powers the sun and other stars. More specifically, it is the process by which certain isotopes of hydrogen, found in seawater, are fused together to create heavier particles and release energy.

Whilst this process requires extreme temperatures and intense gravitational forces equivalent to those found on the Sun, scientists have already had great success recreating this process on Earth. Record-breaking sustained fusion energy results were announced earlier this year.

However, many complex engineering hurdles must be overcome before fusion energy can be produced as part of a large-scale, affordable low carbon energy supply for the future.

Together, they are applying the latest supercomputing systems, AI and data science expertise to address the challenges and barriers to the delivery of commercial fusion energy.

They will develop technologies for:

As fusion enters the delivery era and we see the emergence of the world’s first exascale supercomputers, there couldn’t be a better time for STFC Hartree Centre and UKAEA to join forces on a mission to help deliver commercial fusion.

Hartree Centre’s expertise in supercomputing and AI, combined with UKAEA’s domain expertise around fusion science and technology, will enable the co-design of solutions to eliminate large amounts of time-consuming real-world prototyping.

This is an incredibly exciting endeavour that will help to make fusion an environmentally responsible part of the world’s future energy supply and also presents an exciting economic opportunity for the UK.

While fusion might not power the world for some time yet, we are laying the foundations for it now through world leading research, skills and development.

It is fantastic to be working in such close collaboration with UKAEA, to co-design the tools, technologies and methods required by industry to accelerate the UK fusion programme.

As the UK’s only supercomputing centre dedicated to supporting industry, I believe strongly that Hartree Centre’s unique, world-class expertise will be essential to support the timely delivery of commercial fusion energy.

UKAEA carries out fusion energy research on behalf of the UK government.

STEP is UKAEA’s ambitious plan to accelerate the delivery of sustainable fusion energy. STEP is a staged programme to design and build the world’s first compact fusion machine, based on the spherical tokamak, targeting 2040.

The UK government is providing £220 million of funding for the first phase of STEP, which will see UKAEA produce a conceptual design by 2024.