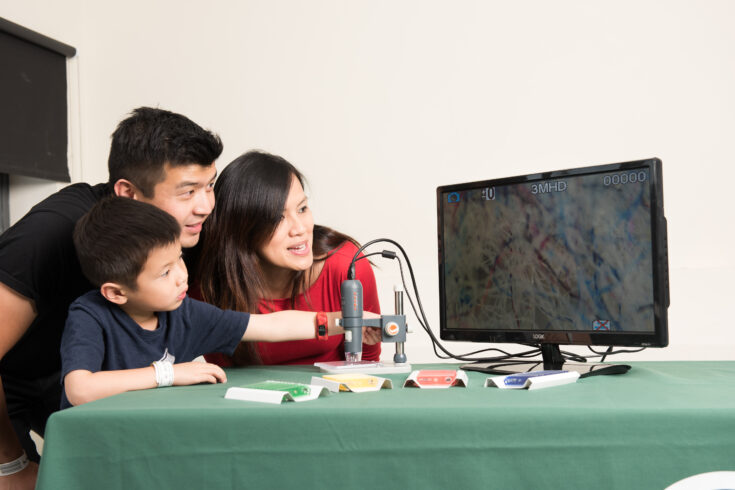 For some public groups reached by this project, this would have been the first time during COVID-19 that they would have engaged with this type of science research.

Phase one of Operation Earth launched in back in 2018 and attracted over 200,000 people. It was delivered by the Association for Science and Discovery Centres (ASDC), and backed by the Natural Environment Research Council (NERC) to engage, inspire and involve children and their families with environmental science. Phase two was scheduled to start in March 2020.

Reaching out to communities

A further 334,525 people engaged with Operation Earth phase two through digital platforms. This took the final numbers taking part in both programme phases to over half a million people since 2018.

Phase two of the Operation Earth programme also trained 33 NERC researchers and scientists in new skills to engage the public with environmental science.

Having a go at home

Science centres made bespoke packages for children to use at home and keep, complementing the many online activities.

For instance, Dynamic Earth, a science centre in Edinburgh, partnered with Edinburgh Young Carers. This is a community group supporting children and young people who care for someone at home. They created and sent out packages to children and families which included activities, such as making:

Older children were really interested in cutting down on single use plastics, so the science centre also included an activity on making ecobricks. They are plastic bottles packed tight with used plastic that can be reused to make furniture and other items.

Coming into a science centre can sometimes feel like an overwhelming experience, so we were able to provide resources for families that they could enjoy in the comfort of their own home, and work through together at their own pace.

Dr Penny Fidler, Project Director of Operation Earth, and until April 2021 the CEO of ASDC agrees:

The Operation Earth programme has given kids fresh and fun activities to do at a time when they needed it the most. In a normal year when everything is busy, these environmental activities would be one of many things to do, however during COVID-19, many parents said this was a real treat for their children.

Engaging in new and different ways

Other science centres also devised innovative ways to engage with a wider range of community groups.

Glasgow Science Centre worked with two local radio stations to engage community groups in areas of deprivation. They also created activities within their Spark magazine, such as activity kits to build your own Terrarium, a type of miniature greenhouse.

Thinktank, Birmingham’s science centre, ran a hugely successful online event throughout the summer called the #BigBrumBioBlitz campaign. At the event, families took part in finding and identifying as many species of plants and animals as possible in a short period of time in their garden or local environment. This gave a snapshot of the area’s biodiversity.