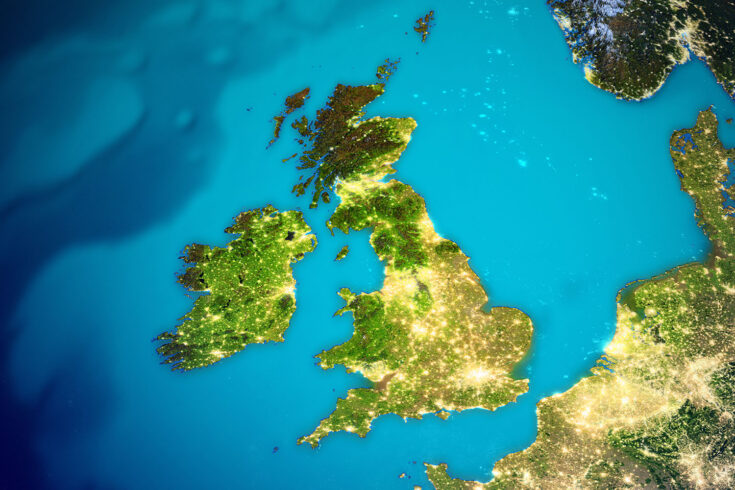 Space cluster for the north-west will bring multiple, sustained economic benefits to the region.

The report, ‘a strategic case for the north-west space cluster’, is from a consortium led by the Science and Technology Facilities Council (STFC). It identifies that the formal establishment of the regional space cluster will:

The report comes as the UK Space Agency announces a £600 thousand boost to support the development of regional space clusters across the UK.

It follows the launch of the national space strategy (PDF, 3MB) and, most recently, the publication of the government’s levelling up (PDF, 577KB) white paper.

Levelling up the UK space industry

STFC, through its Daresbury Laboratory, at Sci-Tech Daresbury in the Liverpool City Region is championing this initiative alongside key local, regional and national organisations:

Launching later this year, the cluster was set up in 2019 as part of a UK Space Agency project to create regional clusters outside of the ‘golden triangle’ of London, Oxford and Cambridge.

It aimed to study the viability of seven new regional clusters that could support the government’s mission to double its share of the global space market to 10% by 2030, and help level up the UK.

The north-west’s rapidly developing space cluster presents a fantastic opportunity for growth across the region proactively supporting the levelling up agenda.

As a formal, dedicated cluster, it will help establish the space industry as a priority for supporting regional innovation and economic growth, delivering essential benefit to citizens, high value jobs and new skill development opportunities.

This builds on the STFC’s strong heritage in developing innovation clusters across several sectors including the thriving space cluster at Harwell.

One of the UK’s fastest-growing industrial sectors, the UK space industry has trebled in size since 2010, generating an annual income of nearly £15 billion.

A large proportion of this is in digital and advanced manufacturing, for which the north-west has internationally recognised strengths that are second only to London and the south-east.

The report highlights the potential for these sectors to engage more with the space industry as a significant economic opportunity.

The report includes an independently commissioned review by PricewaterhouseCoopers (PWC). It identifies a large number of organisations, such as electronics and telecoms, which could pivot into the space sector to access new markets and customers.

This is just one of several market opportunities for the north-west highlighted by PWC.

Read the full report: ‘A strategic case for the north-west space cluster’.

The newly published report also makes a number of key strategic recommendations to support the establishment of a dedicated space cluster for the north-west. These include:

The additional new funding from the UK Space Agency will help us to put into place the recommendations made, ensuring this cluster supports the UK governments ambitions for growing and connecting the UK’s rapidly growing space sector and expertise.

As recommended by the report, and in collaboration with our local, regional and national cluster partners, we are looking forward to establishing a local leadership group for the north-west space cluster in advance of its official launch this year.

The north-west is home to a vast array of industrial strengths, from chemicals and textiles to nuclear energy and aerospace. It also hosts a remarkable concentration of academic institutions, with 13 world class universities and research institutes.

These include the Square Kilometre Array Observatory headquarters at Jodrell Bank and STFC’s Hartree Centre at Sci-Tech Daresbury, the UK’s only supercomputing centre dedicated to supporting industry.

As part of the Sci-Tech Daresbury Campus, STFC’s Daresbury Laboratory continues to provide measurable and tangible benefits through support programmes and facilities for small businesses. Specifically linked to the space sector this support includes:

Launch of the cluster

The development of the space cluster in the north-west is going to be a big driver for the growth of the Daresbury Campus and its partners, exploiting the broad capabilities of the Daresbury Laboratory and its nationwide networks.

This is a fantastic time to be involved in the space industry, as it opens up a world of new opportunities for businesses, which in turn brings economic and societal benefits for our region.

The establishment of the cluster builds on STFC’s extensive experience in developing successful high-tech clusters, and I look forward to continuing to work closely with our collaborators as we prepare to officially launch the cluster later this year.

A series of workshops and information sessions will take over the coming months ahead of the launch of the cluster later in 2022. Find out more about the north-west space cluster, and how it can support businesses.