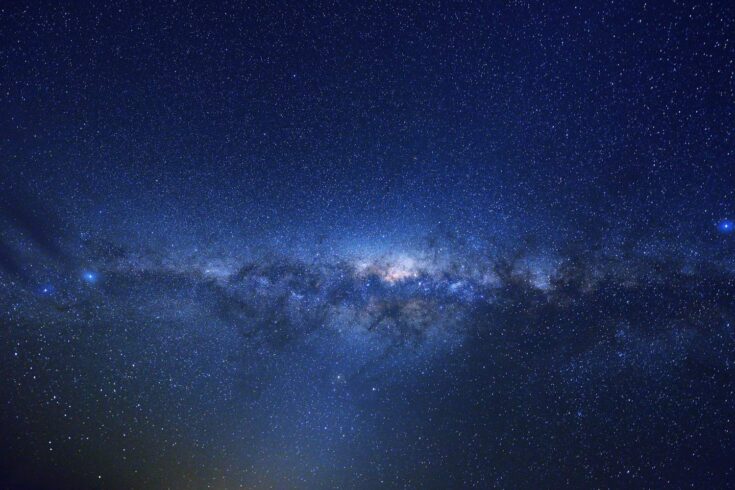 The Ernest Rutherford fellowships both attract outstanding overseas academics to the UK and encourage talented UK-based researchers to remain in the country.

The fellowships provide exceptional researchers from diverse backgrounds with the opportunity to address exciting questions in science over the next five years, such as:

STFC continues to encourage talented early-career researchers in their ambitious goals in the fields of experimental and theoretical particle physics, astronomy, nuclear physics and accelerator physics.

Our new Ernest Rutherford fellows represent a diverse cohort of outstanding researchers from both within the UK and also from overseas, and they will join and enhance the UK’s world-class programmes in physics and astronomy.

The magnificent polar auroras of Jupiter, brightly displaying a mix of ordered and chaotic light, are a testament to its:

Unlike Earth’s aurora, which is linked to the Sun, Jupiter’s aurora primarily has its origins in its innermost Galilean moon, Io.

Over the last few decades, a remarkable sequence of events has been discovered, linking Io’s prodigious volcanic activity to Jupiter’s auroral display.

However, the microphysical processes driving our solar system’s most powerful auroras are a missing link.

This is the complex interactions between electromagnetic waves and auroral charged particles. Fuelled by the waves, the particles are accelerated to high energies as they crash into Jupiter’s polar atmosphere.

Dr Sulaiman’s research is motivated by observing how and where the auroral particles are energised.

The movements of galaxy clusters indicate that a new source of matter exists in our universe. This is in addition to the visible matter that makes up the planets and stars that we see.

This ‘dark matter’ is thought to make up 85% of matter in the Universe. Although we understand much about the particles that make up visible matter, we have not yet observed a dark matter particle.

The discovery of one will revolutionise our understanding of the universe we inhabit, and transform research in particle physics, astronomy, and beyond.

Dr Johnson will search for dark matter hidden in a ‘dark sector’ of new particles. Dark sector particles would not interact directly with normal matter. This makes them rather hard to detect, but very weak interactions are possible through so-called ‘portals’.

He will use the European Laboratory for Particle Physics (CERN)’s Large Hadron Collider beauty experiment to search for these portals. This is where radical detector upgrades and data from 2022 will afford game-changing sensitivity.

Dr Johnson will also lead the commissioning of a new experiment, CODEX-b, to lay the foundation for the next generation of dark-matter searches in the 2030s.

Beyond the Standard Model…how to get there

Particle physics is the study of the building blocks of our universe, humanity’s communal effort to unveil how nature works.

Although the Standard Model, the rulebook for the game of particle interactions, has been solid for more than 50 years, a particle called the ‘neutrino’ breaks the rules. Its behaviour could help explain why the Universe did not simply disappear in a flash of light just after the Big Bang.

Additionally, astronomers have observed a non-ordinary type of matter, dark matter, which ties galaxies together.

Dr Gramellini will experimentally characterise the behaviour of neutrinos. This will allow the next big neutrino experiment, DUNE, to study their role at the beginning of the Universe.

During this characterisation, she will also perform a search to prove the existence of the dark matter particle with a method never attempted before.

Finally, she will develop a new technology for DUNE which will help decipher more cryptic pages in the rulebook.

Fundamental physics from the large-scale structure of the Universe

What happened in the first milliseconds after the Big Bang? Why is the expansion of the Universe accelerating?

Dr Eva-Maria Mueller aims to understand the mysterious nature of dark energy that drives the acceleration of our Universe.

She will use the next generation of galaxy surveys to measure the clustering of galaxies throughout the cosmic history of our Universe.

This research will create a 3D map out of tens of millions of galaxies spanning over 11 billion light years. By analysing this map, Dr Mueller will link fundamental physical theories to cosmological observations.

Chaos, randomness, coarse-graining: towards a new paradigm for holography

Situations arise where two extraordinarily successful frameworks, quantum field theory and Einstein’s theory of gravity, interact in surprising ways or even appear to be in tension with each other.

As a step towards solving these problems, Dr Haehl will study coarse-grained imprints and universal properties of a fundamental theory of quantum gravity.

His project will develop new mathematical tools for identifying hallmark signatures of black hole physics in the dual quantum theory, such as:

Dr Ilee aims to understand what physical and chemical conditions result in the formation of planets around young stars.

His project will develop new models of the birthplaces of planets, protoplanetary discs.

These models will be used to interpret upcoming observations from three major astronomical observatories:

The results will build the first picture of the composition of raw material that may form Earth-like planets around other stars.

Gravitational wave (GW) detectors allow us to study the Universe in a new way. This is done by measuring the ripples in spacetime caused by violent events such as the merger of two black holes.

These ripples change the distance between objects by merely a fraction of an atomic radius and GW detectors can measure these changes.

These detectors are the result of decades of development that pushed the very limits of technology across numerous fields of research. We continue to perfect these instruments to peer further and more precisely into the Universe. We also found that an essential part of these detectors is also a significant source of noise, the high-reflectivity mirrors.

Dr Fazio seeks to address the issues that affect the performance of the optical coatings that compose these mirrors for both present and future GW detectors.

Dr Fazio will employ next-generation instrumentation to characterise the coatings and optimise the deposition process to mitigate unwanted features. She will also apply data science techniques, including machine learning, to provide a faster turnaround of results that will significantly advance the field and drive innovation.

Dr Fazio’s work will push beyond the state-of-the-art in laser mirror coating technology to:

Dr McConkey’s goal is to gain an insight into the properties of the mysterious neutrino.

Using the first data from the Short Baseline Neutrino programme, she will investigate a phenomenon called neutrino oscillations. Measuring this process gives us an opportunity to probe the existence of new kinds of neutrino.

With the Quantum Technologies for Neutrino Mass experiment, her goal is to combine quantum measurement techniques with an emerging technology called Cyclotron Radiation Emission Spectroscopy. This will create a detector which can measure the neutrino mass with unprecedented precision.

Dr McConkey’s research will develop novel technology and use cutting edge neutrino detectors to investigate some of the biggest questions in neutrino physics:

Dr Desai will perform Sun-to-Earth simulations of the most extreme space weather events observed across the Space Age, as well as upcoming events during Solar Cycle 25. He will use advanced supercomputing techniques.

He will explore and develop underlying theories of extreme magnetospheric and radiation belt behaviour, which can:

This research will enhance understanding of planetary magnetospheres including those of extra-solar planets subjected to more extreme environmental conditions.

X-rays can provide diverse and unrivalled insights for planetary bodies.

While fascinating in their own rights, these planets also possess moons that harbour water oceans. They are often considered to be the most promising places for the existence of alien life.

Using X-ray fluorescence, he will study the composition of Jupiter’s moons, probing to see whether they possess the right chemicals to support life.

Alongside ocean-bearing moons, the gas and ice giants also generate energetic and powerful magnetospheres. Analysing these emissions, Dr Dunn will seek to determine what processes in physics enable such extreme transfers of energy.

Over the coming five years, X-ray instruments will be flown on various spacecraft to:

These achievements will usher in a new global era of planetary exploration and lay the essential foundations for UK X-ray instruments to explore the gas and ice giant planets.